These arrived today from Shapeways - a bunch of vehicles for a Deathbot army. Based on ideas like those in the Terminator, Battlestar Galactica, and I-Robot sci-fi movies, these will be used for armies like Necrons in Epic. In other words, robots with a hatred for non-robot life-forms, or at least serious angst about the tribulations of robotic existence, leading to antisocial behaviour...

This is my second Shapeways order, having previously ordered some starfighters for Battlefleet Gothic. Those were in a material called "Black Detail Plastic", whereas this order is in "Frosted Detail". Frosted Detail is a considerably more expensive material but also capable of greater detail and has a smooth texture, rather than the slightly granular and porous finish of Black Detail Plastic. I had some store credit saved up somehow, so put it towards these. I imagine the cost will come down as 3D printing technology improves and market forces come into play, but right now it is still quite expensive compared to other options.

From left to right we have:

The Death Ray is on a 40mm round base, and below that is a 40mm strip base, and to the left of that a 25mm circular base from Troublemaker Games. It's a bit tricky to work out the details in the photos given the white colour! The Frosted Detail material is also slightly flexible, enough so that I'm not worried anymore about the fine details breaking off. I also prefer this plastic material to metal, mainly because of the saving in weight, but also they won't break if accidentally dropped.

Here's an overview of everything I ordered from Shapeways! The rightmost Deathbot Pyramid is still in three pieces to show how it comes. The hollow construction saves considerably on the cost. 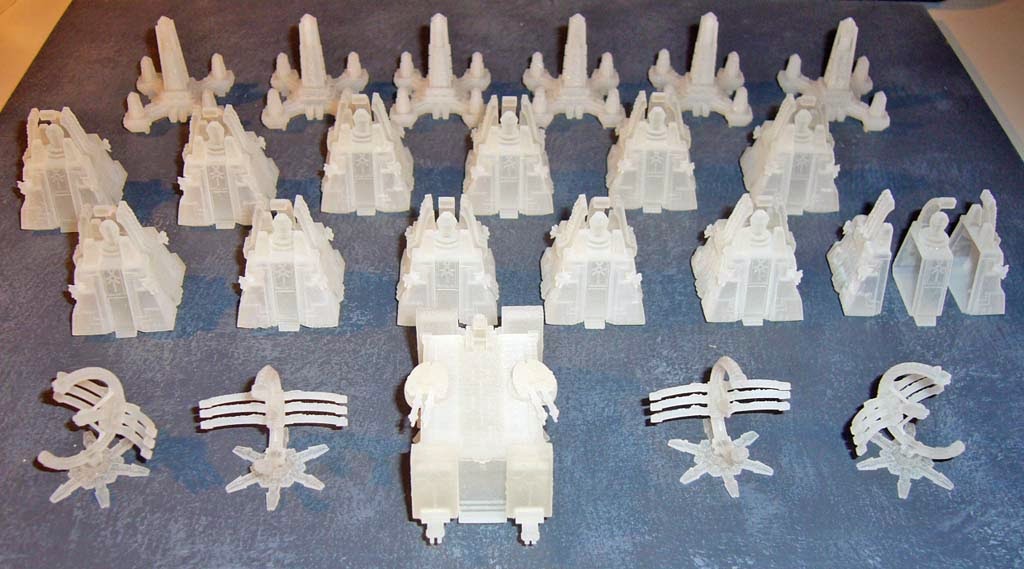 For infantry I have metal Edenites from Exodus Wars, and Andrayada from Dark Realm Miniatures.


Update: Here are some further models from Shapeways that suit this sort of range. Cosmic Pharaoh Large and Small Frigates.
at 22:56 7 comments:

Here's my completed Battlescene Designs 6mm Gothic buildings that I discussed in a previous post. I've got them painted at last, or mostly done. I might add a few details but they are ok to hit the table now! They will go well with my other cityscape material which I haven't posted yet, and mean I can have a nice dense urban environment.

I based most of the buildings on cartridge card, with the fuel tanks two to a base of plywood. Buildings were assembled with Super Glue, and then painted with acrylics. After the grey was done I added the interiors to back the windows - this was just cartridge card sprayed black, explained in more detail below. 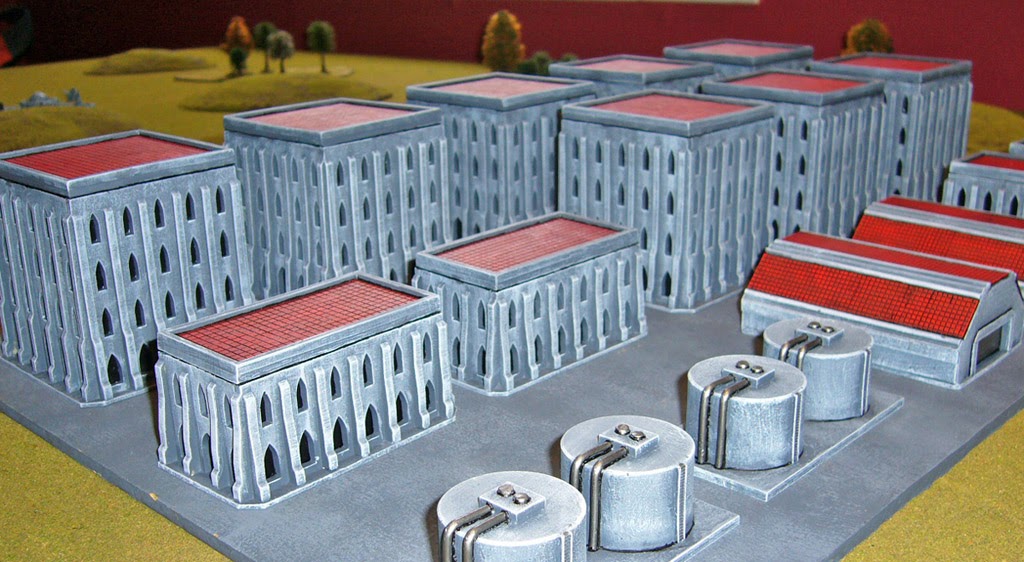 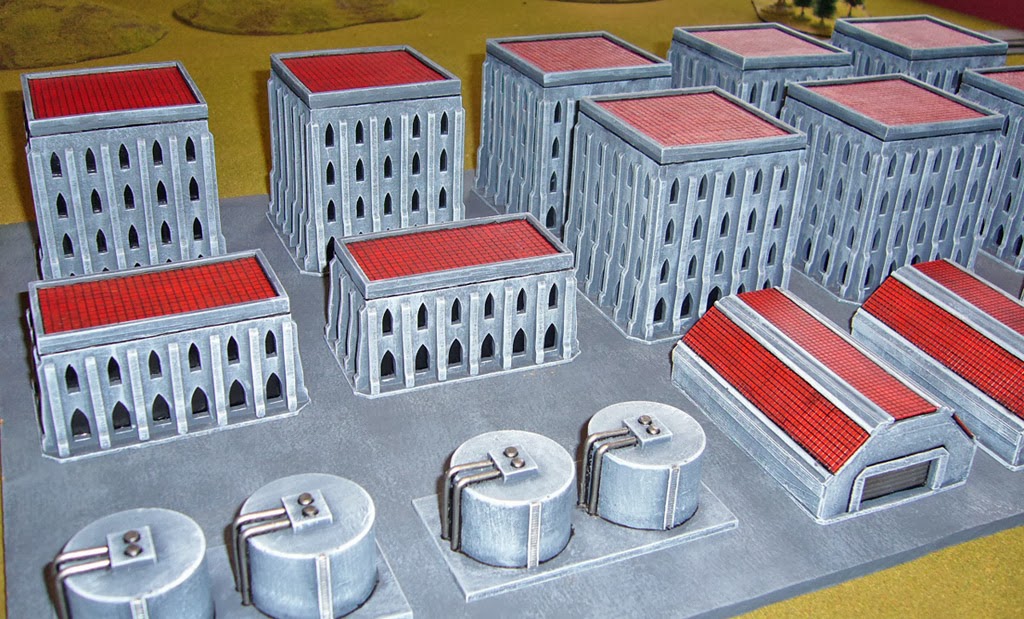 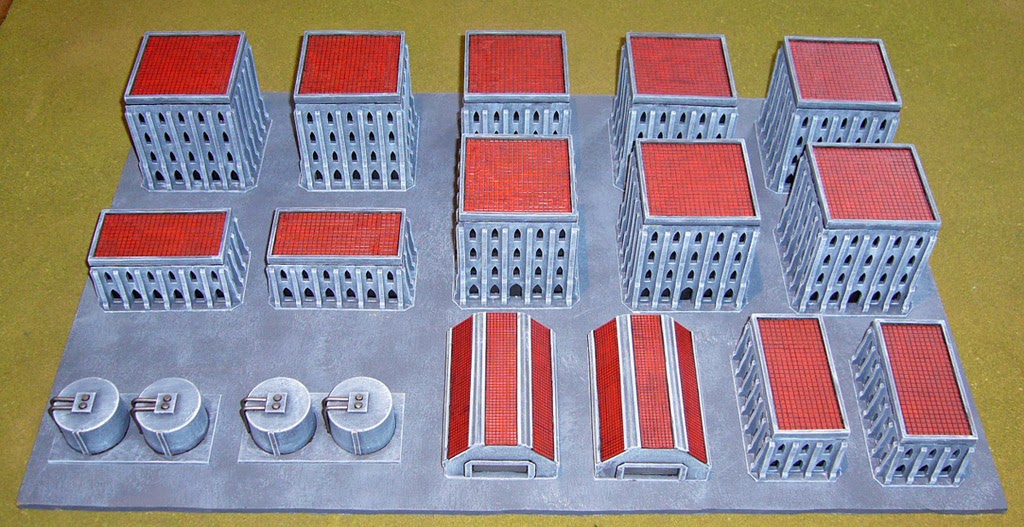 Also for reference, here's some pics showing how I assembled the insides. There's the stack of sprayed black cartridge card inserts on the right. The buildings have already been painted grey first (dark grey and a couple of lighter drybrushes) and allowed to dry. Then I coated these inserts with PVA and then held them in place with pegs while they dried! The PVA dries clear leaving a black and slightly shiny window. Lastly the roof was stuck on, and tiles were painted terracotta drybrushed with red. 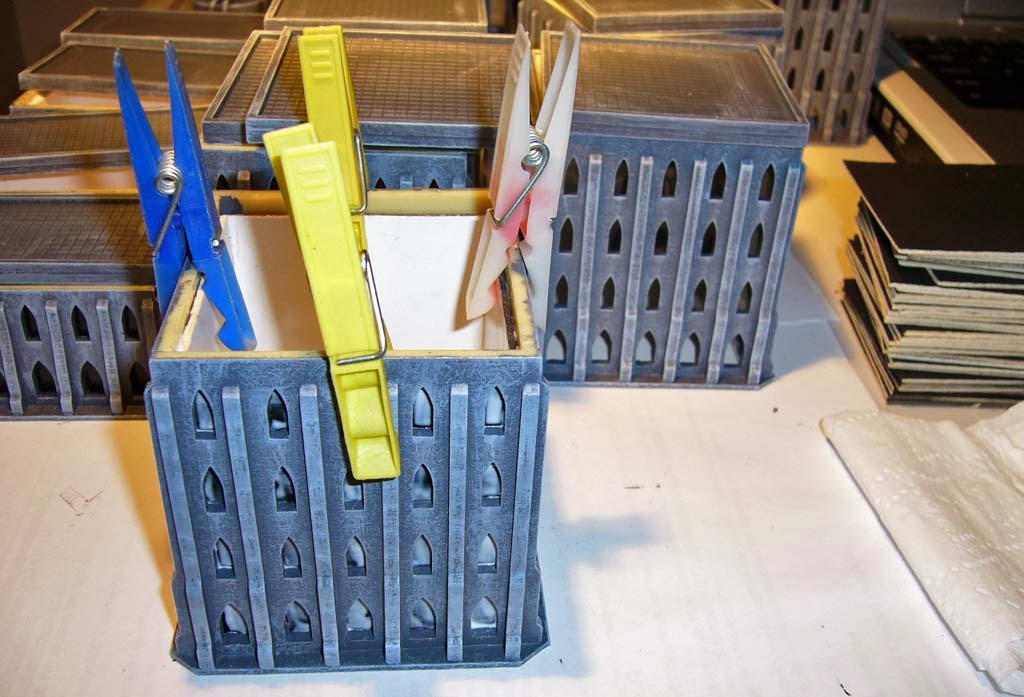 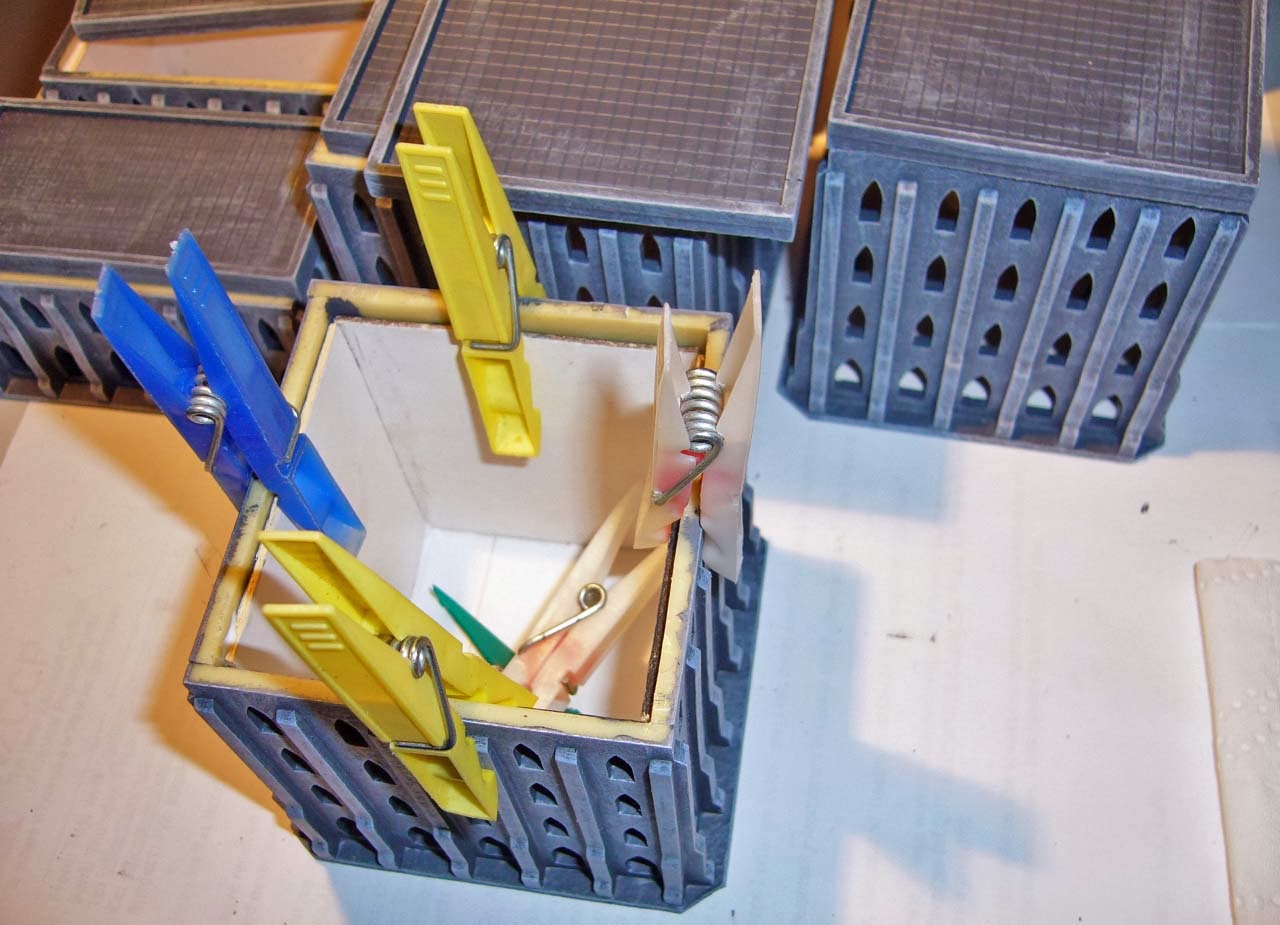 Thanks for looking, and as mentioned above, see my previous post for more about these buildings and this company.
at 15:40 4 comments:

Hordes of the Things 2.1 released!

Hooray this fantastic set of rules is finally back in print! Available from Amazon UK.

Changes are mainly cosmetic, but that is fine! Changes reported from the Yahoo HOTT group are the following: 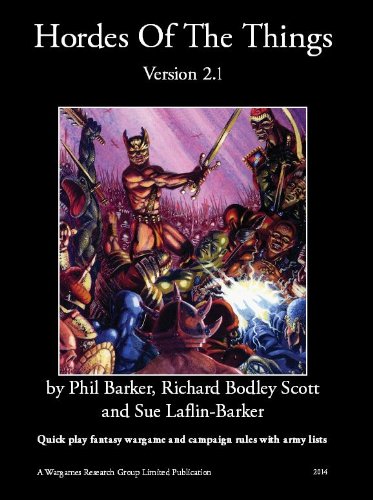