Another game vs Matt who has done a great job finishing painting his new Imperial Roman army over the last few weeks.

I used Early Macedonian Successors. From left to right we have Cavalry, Peltasts, one Elephant, Phalanx, and Cavalry. The two right most Pike are the elites with silver shields. 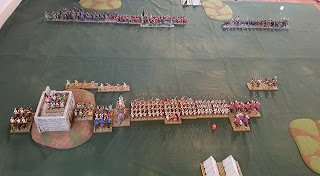 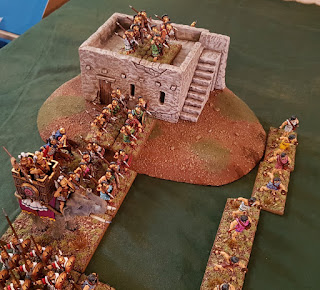 Matt's cavalry on his left flank.

His centre of Legionnaires.

His right flank of a Horse Archer, Cataphracti (Heavy Cavalry Impact) and Auxiliaries.

Romans are attackers and advance at the double. 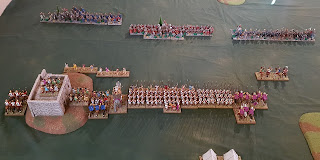 I advance with my centre while Light Cavalry on my right try to outflank, or at least delay the Roman Cavalry somehow.

Slingers exchange fire in the centre. 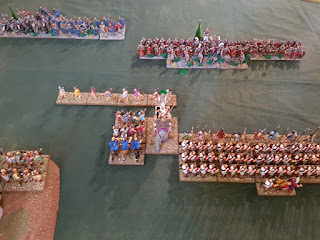 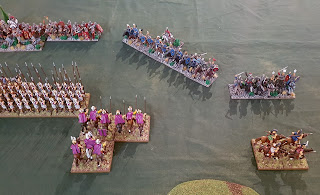 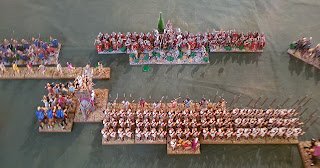 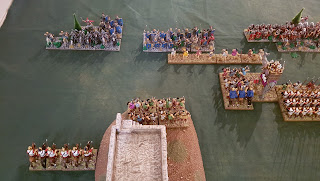 My line charges forward, and the Slingers retreat through their Legionnaires.

I hope my Skirmishers will inflict a few casualties on the Legionnaires before we hit but they fail to do so.... 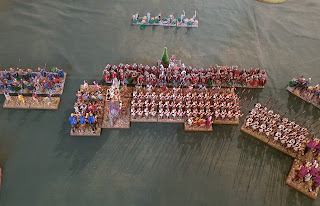 My right flank is angled back trying to avoid being outflanked. 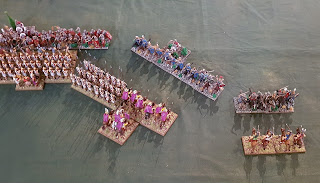 Matt charges down the line.  On my right flank I evade with my Light Cavalry, but roll a 5 and so they flee an extra move and off the table, oops. 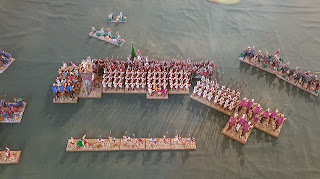 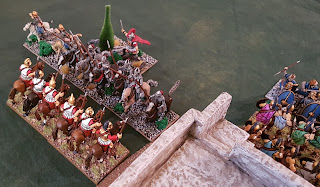 Auxilia charge up the hill against my own medium foot. 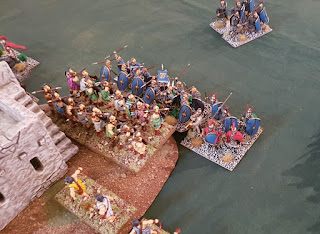 Successful Roman Gallic Cavalry who have just chased my Light Cavalry off the table. 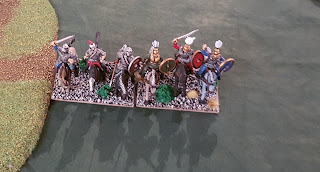 Impact as the Roman Legionaries throw their Pilum and charge into the Phalanx and Elephant.  My line is hit hard, I lose 4/5 combats taking 1, 3, 2, and 1 hits respectively down the line, and winning one combat. A poor start for the Macedonian centre... 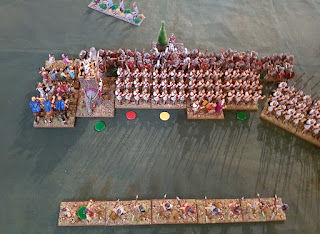 My turn and I manage to hit the flank of the Auxialia attacking my left, and destroy a unit of them. 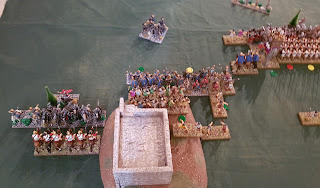 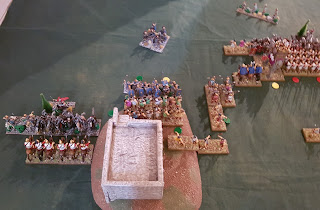 My Pike also bust a hole in the Roman Legionary line, but the rest of my line is looking shaky. 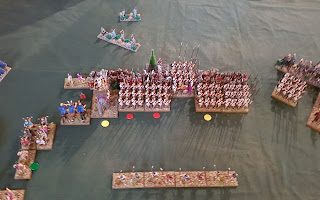 On the right, my Agema try to bust through the enemy cavalry before the Gauls turn around to come back and help. My General leads one unit and causes two hits, but my other unit loses and takes a hit. 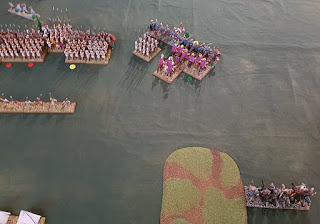 Here come the returning Gauls, as my General breaks through the enemy cavalry. 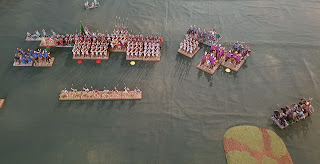 On the left, I lose a unit of Peltasts and the Elephant and my Cavalry is in trouble. 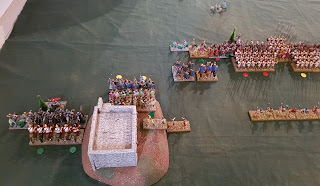 My General surges forward after the cavalry on the right which evade. 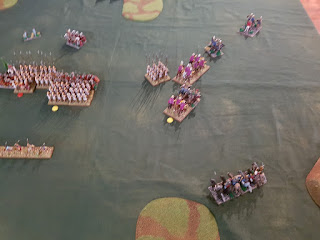 And in the centre I lose a pike block but kill another Legionary unit. My slingers pelt the Roman Auxilia. 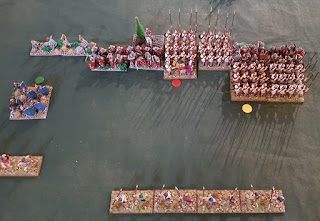 With their hill position helping, Peltasts on my left manage to destroy two Roman Auxilia units.

But then my Greek Cavalry are run down on my left. And the Leigionnaries charge into the side of my phalanx.

Gauls charge into the flank of a Companion unit and destroy it. 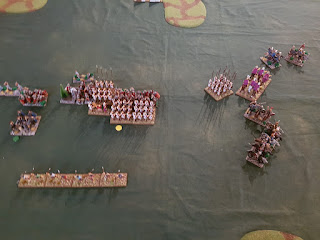 Horse Archers shoot my Peltasts doing a point of damage. 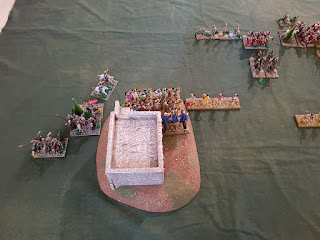 My General charges the Roman Cavalry General who accepts the challenge. 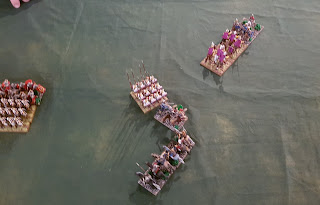 But my centre is falling to pieces fast. 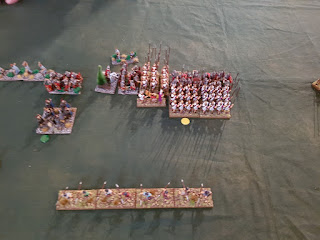 And then I kill the Roman Cavalry General.

Mutual destruction as both armies are shattered! The Romans losing 22/22 elements, and the Macedonians 27/24 elements. Draw but only just for the Macedonians...