Ironically we had a one in a hundred year flood event just as these Water Elementals arrived on the  painting schedule. Fortunately there was no damage where I live, but some of my staff had to be evacuated.
Water Elementals appear in both Trident Realm and Forces of Nature (both of which I have), though a few other armies also have access to them. These are Mantic models. 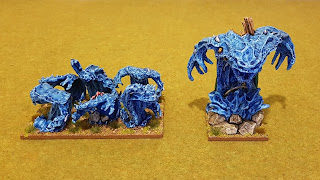 I wasn't really sure how to paint these, but in the end ended up going with successively lighter dry brushing with mixes of with Vallejo Magic Blue, Sky Blue, White, and some Blue Ink Wash. This turned out well enough I think. 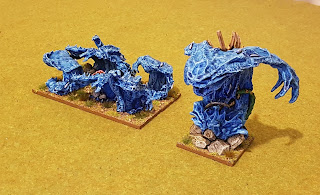 Elementals were available back in earlier Warhammer Fantasy days, the models looking like this. I think the Wind Elemental was the best of the designs. They were removed from Warhammer at the same time as Slann were after 3rd edition. 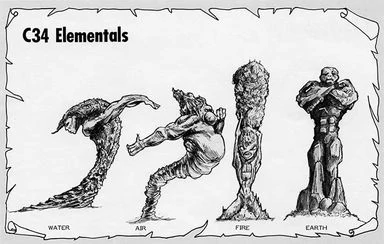 This is the old Games Workshop Water Elemental sculp, pretty anthropomorphic from the waist up. 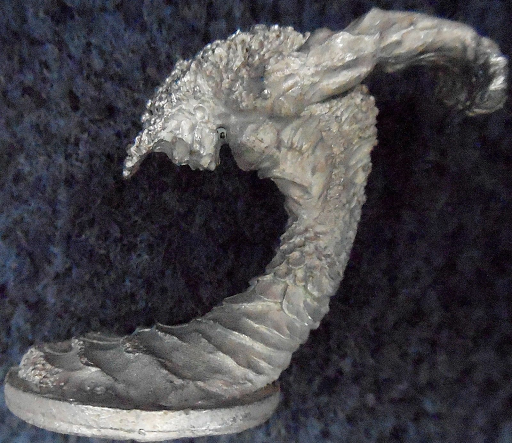 Here's a closer look at the Mantic versions, which have less of a human in a skirt look, and more of a watery sploosh look to them. 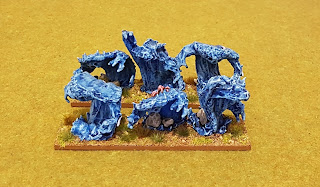 These are metal models, not yet having changed to resin unfortunately. Therefore they are quite heavy and will need good storage and transport! Also more prone to chipping, so won't be getting any more of them unless they make them in resin. 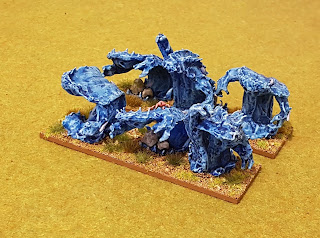 I painted them up as two regiments which can also be combined to make a single  horde. 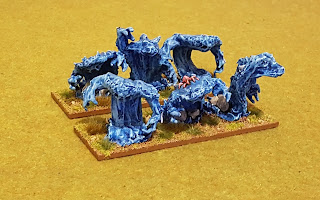 As can be seen they have little details like fish and an octopus in them. There are three different models in each horde and I removed some for the details so they all looked a bit different. 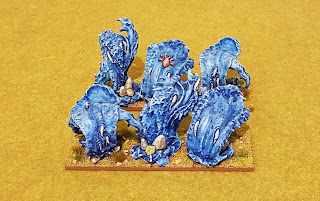 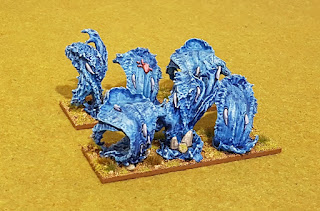 My favourite model is the Greater Water Elemental though. A very imposing model and fortunately it also resin! 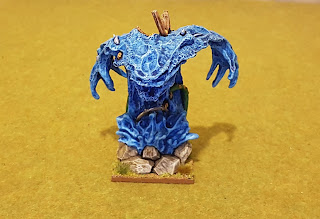 All water elementals are pretty tough and fast, plus they regenerate damage and ignore terrain penalties. They are shambling though so need a surge caster to get the best out of them. 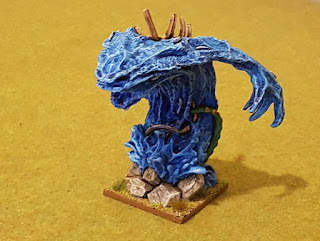 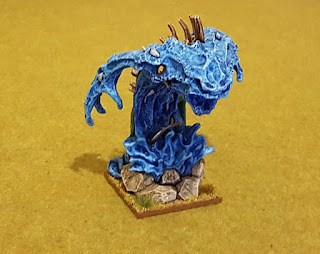 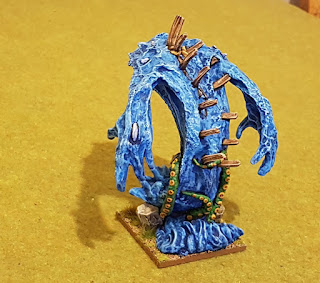 Details on this one include the broken frame of an old boat and tentacles, plus a rope and anchor on the other side. 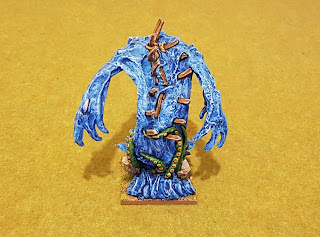 And lastly next to a human size Riverguard Sentinel to show the size. 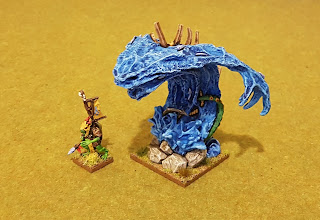 Some last additions to my Riverguard Deep Army. Bringing the total to 3000 points here are some giant frog swarms and a fourth Froghemoth! 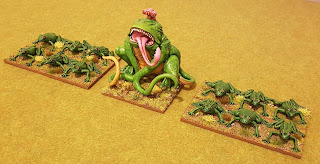 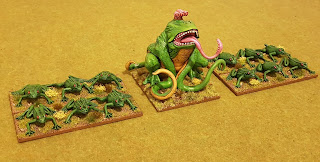 For swarms I found these "mini-frogs", which turned out to fit the bases perfectly as a giant frog swarm (counting as "Tidal Swarm's").  Cheap chaff units to get in the enemies way and be annoying.  They are not that fast except that they get to jump forward with their 10 inch scout move before turn  one, plus they are Nimble.  They also have ensaring (-1 to hit them if charging from their front) same as all the other Frog units. This makes them slightly more resilient, though opponents will be wounding them on 2+ if they hit.

These are cheap models (about $1 each NZ), but quite good quality sculpts. They are cast in that annoying rubbery plastic which it is hard to trim mold lines off. A sharp craft knife blade does the trick though, and the lines are not that bad in any case. 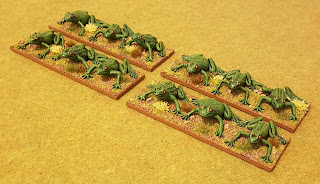 Here they are with the Riverguard Sentinel for size comparison. Being height one they are easy to see over too and so won't block charges from my Riverguard. 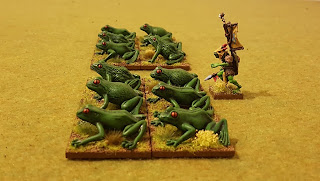 And lastly the new Froghemoth, the mother of all Froghemoths... An even crazier model if that is possible. I don't like it quite as much as the other ones, and it is less poseable compared to them. However, you are allowed four Froghemoths at 3000 points so thought I'd add this huge Momma Froghemoth for big games! :) 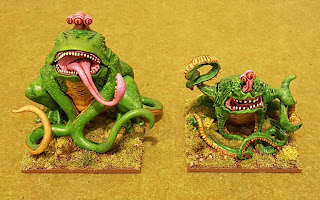 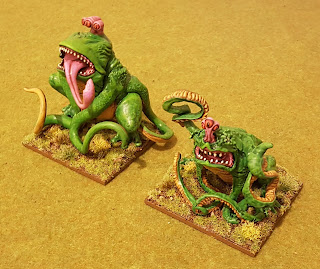 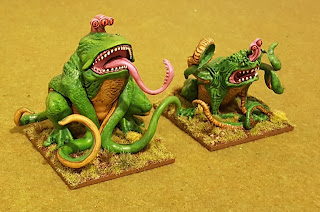 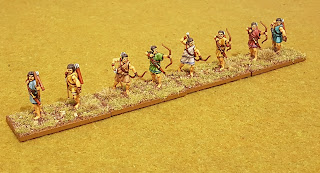 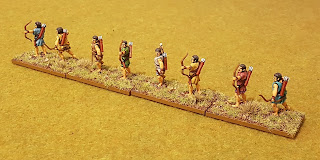 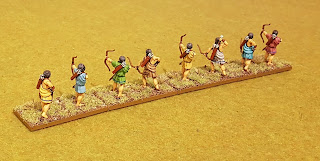