Another Epic game. I clicked on the wrong army list by mistake on Armyforge when I went to make my list - getting Iybraesil Eldar, but decided to use it anyway for something different! Iybraesil are a matriarchal Eldar clan, emphasising Howling Banshees and a few associated differences in unit formation. I took a "one of each" approach for the most part. 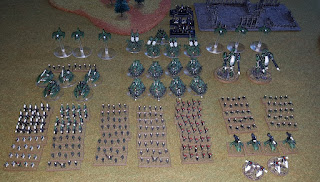 Tau list was Vior'la Tau again for Andrew, but with 15 Riptide suits this time!


Here's the setup, with both sides holding back behind cover, playing the "patient hunter" sort of role. I have 3 foot formations off table. Web gate is close to the centre of the table and quite exposed which will make use of it challenging, but also risky for the Tau to try and hold this area. 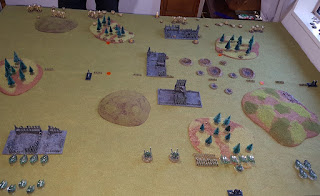 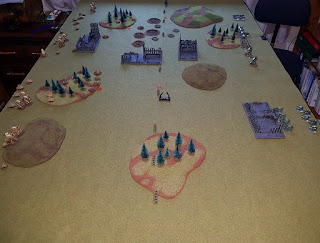 I win Strategy Roll with Eldar and elect to have the Tau go first. They sustain fire and blow away my Scout screen on both sides of the table, so perhaps not a great move. 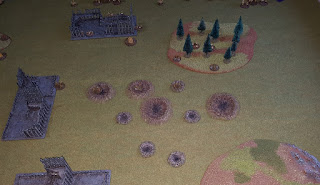 Riptides venture forwards on my right, killing a Wave Serpent and two Banshees from that formation which had crept forwards also. The Riptides pay with their lives though, as the Revenants double over and destroy them with pulsar shots. 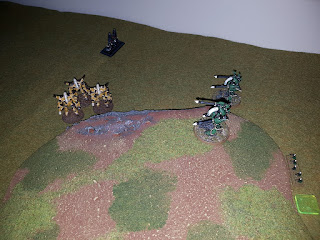 Formations close in on the ruins in the centre of the table, and I refuse my left, redeploying to my centre and right to leave the Tau forces on my left without good targets. 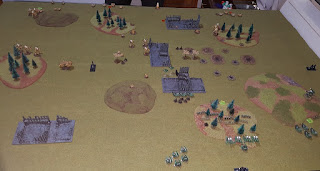 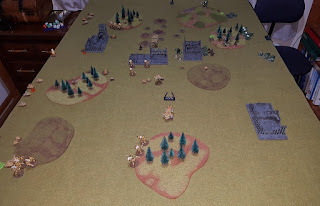 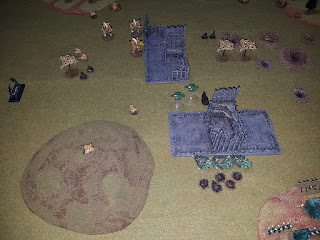 Eldar win Strategy Roll. My guardians come out of the gate and eliminate a Tau Recon detachment for no losses, and then consolidate into support fire range of the nearby Riptides. 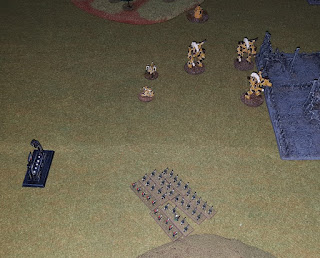 And then in come my Howling Banshees to assault the Riptides. 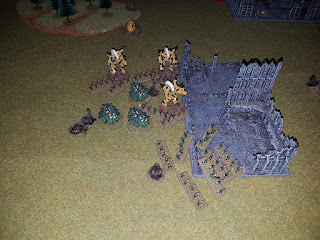 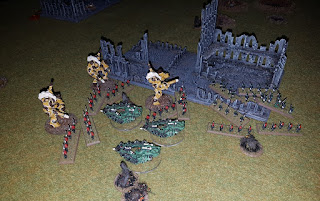 Riptides are destroyed for loss of two Banshees. 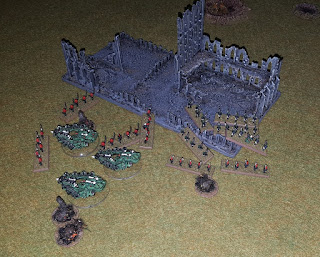 I push up my mounted guardians into the crater field. 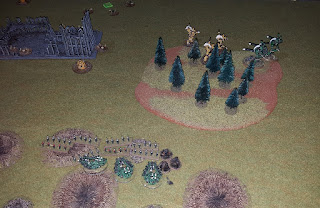 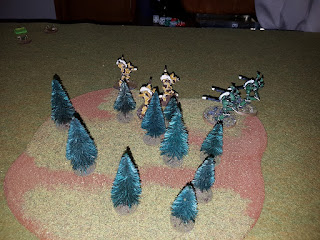 Both sides contest the centre, and after many casualties on both sides, in the end no one really has it this turn. 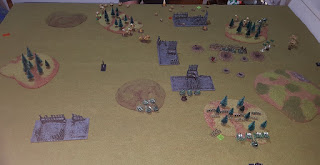 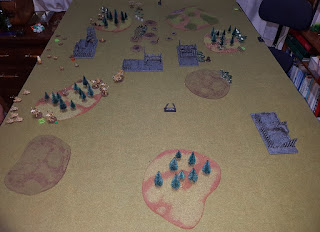 Some more shots at end of turn 2. 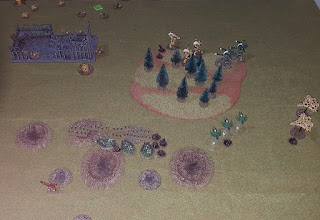 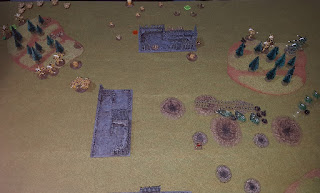 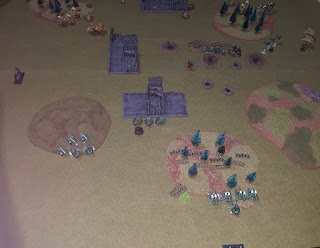 Eldar win Strategy Roll again. My Revenants sustain fire and eliminate the Riptides in front of them. 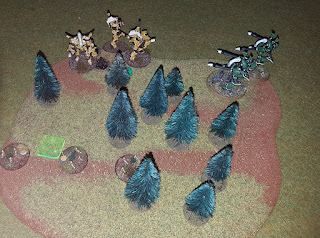 Nightspinners target a formation at the back of the field with little effect. The Tau then concentrate fire with a coordinated fire mission and break my mounted Guardian formation in the crater field. The Tau advance their recon on my right too. 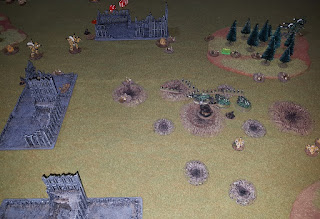 The Tau try to swamp the Web Gate, but my Falcons kill 3 transports and then my Jetbike formation assaults out the gate, routing the Tau formation. 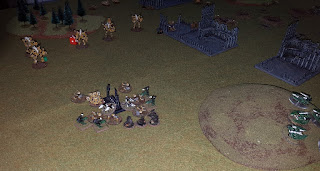 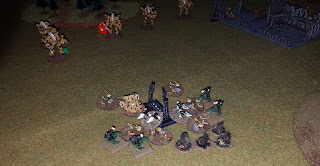 The Tau are out-activated, and not far forward enough. They try to land their Orca Dropship in my half of the field to deny me "They Shall Not Pass" victory condition, but my Nightwings intercept, damage and break it. My Banshees eliminate the Recon that is over the halfway line on my right.

Eldar win with Defend the Flag and They Shall Not Pass victory conditions, 2-0. 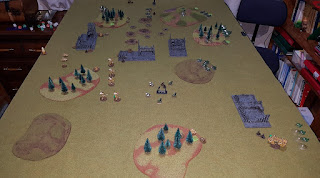 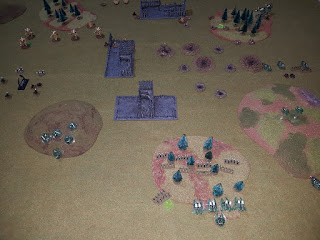 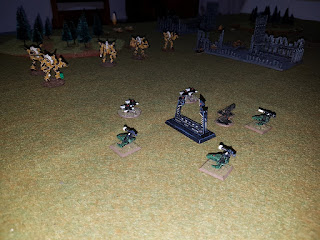 After quite a shaky start where I thought my Eldar would lose the war of attrition and struggle against the Riptides, they came back strongly. Revenants were very helpful in picking on the Riptides, and all other Eldar formations did good work. Tau saves were not great for the Riptides on this occasion, and 10 of them were destroyed.  An interesting setup and list to try and work with for the Eldar. A reminder not to discount my chances after early losses and what looks like an unfavourable situation too!
at 16:05 No comments: