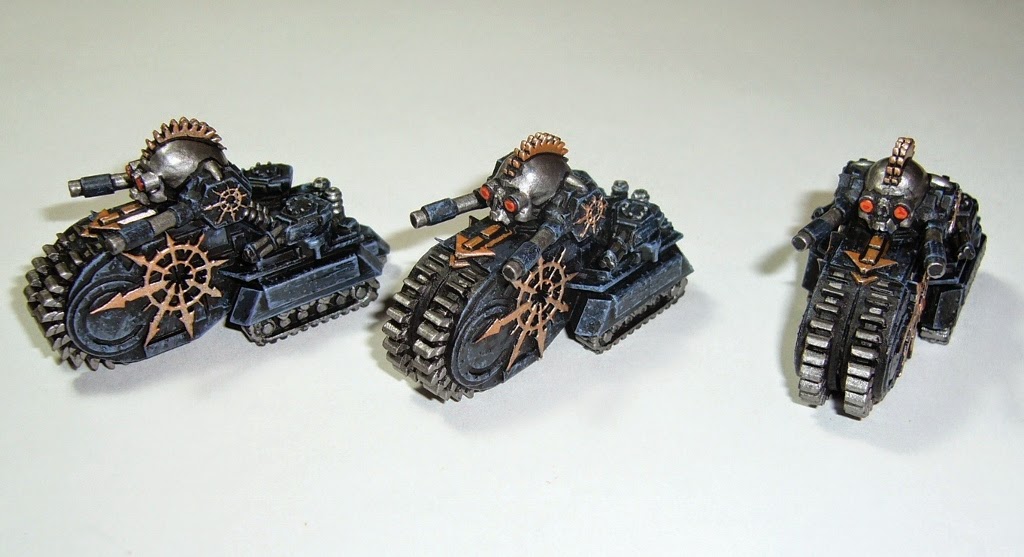 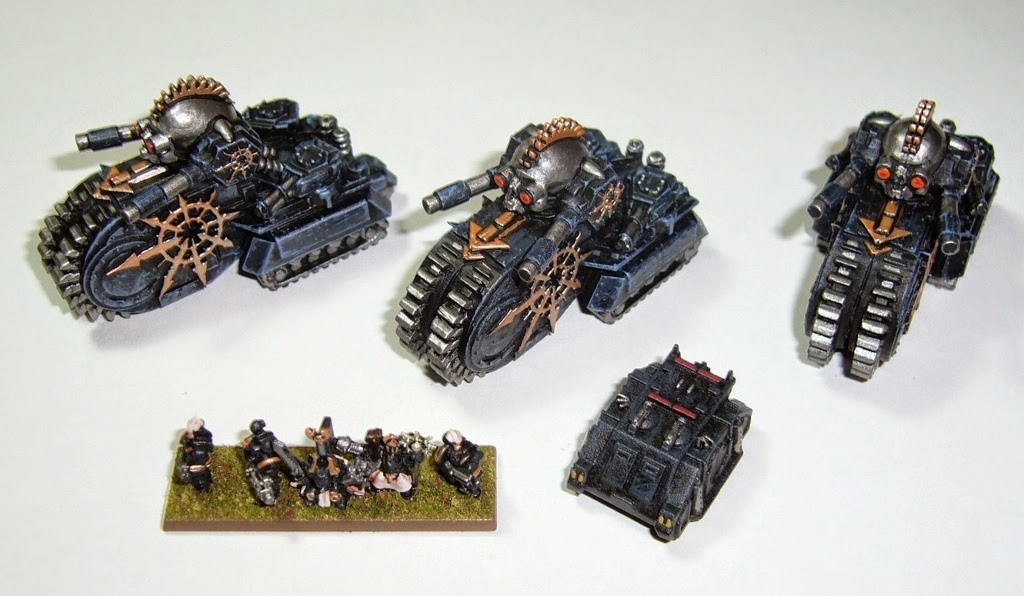 Another BFG game, this time vs Jesse's Chaos.

My Kraytonian Fleet (counting as Craftworld Eldar due to the 'sails') was:

Scenario was Fleet Engagement. Sun is to the right. Only terrain is two gas clouds in upper right quadrant. 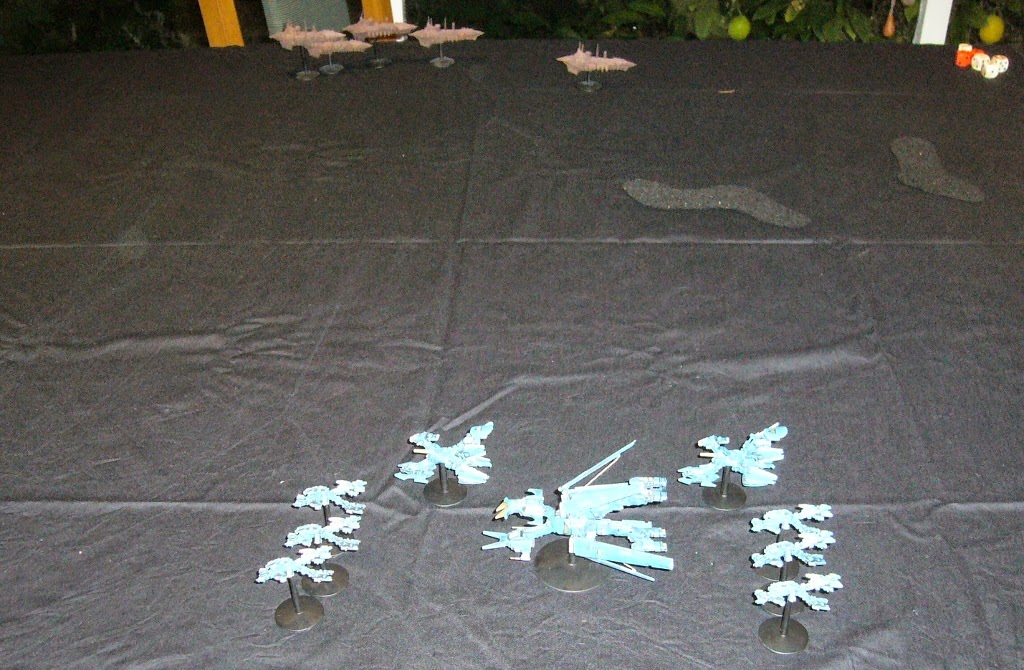 Chaos turn to starboard and send out a fighter screen. My Kraytonians race to flank the Chaos line, making use of the sun behind them. 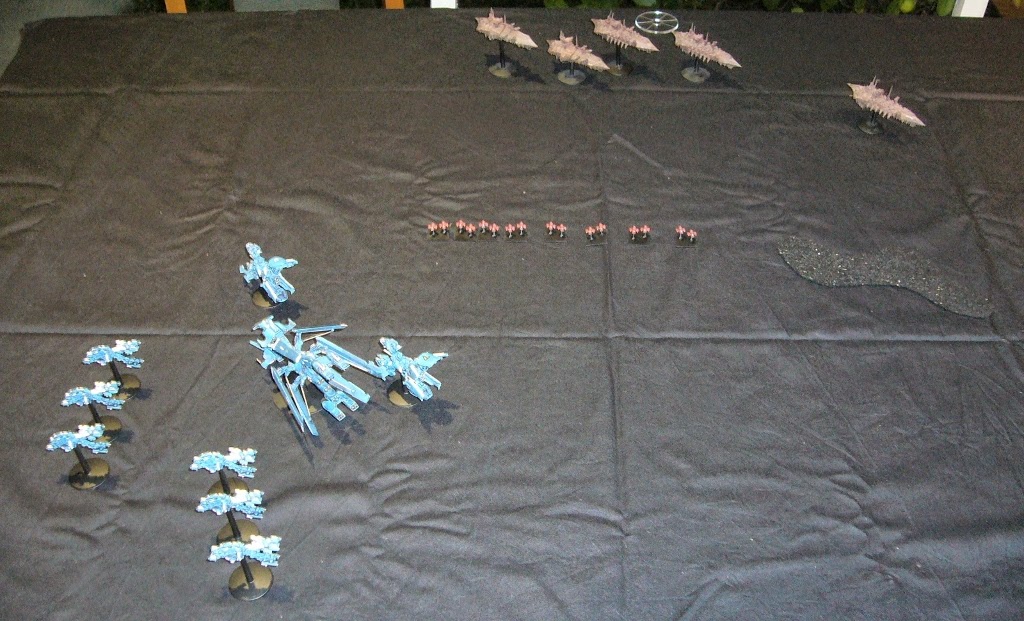 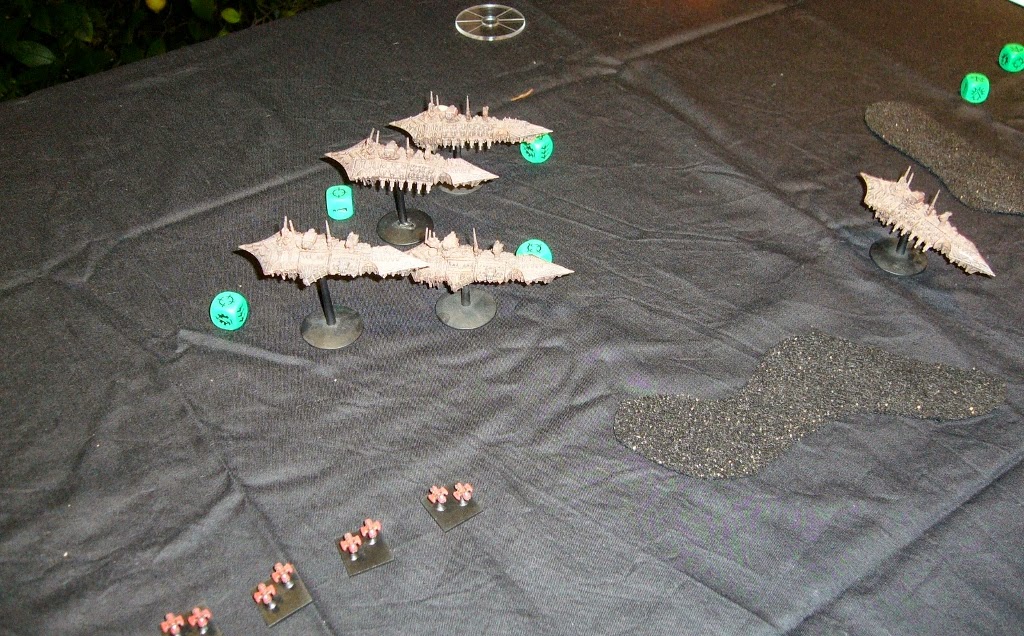 My two Wraithships brace for impact, and their shields absorb the few hits the Chaos score at this range and attack vector. Chaos fighters move to escort the Warships. 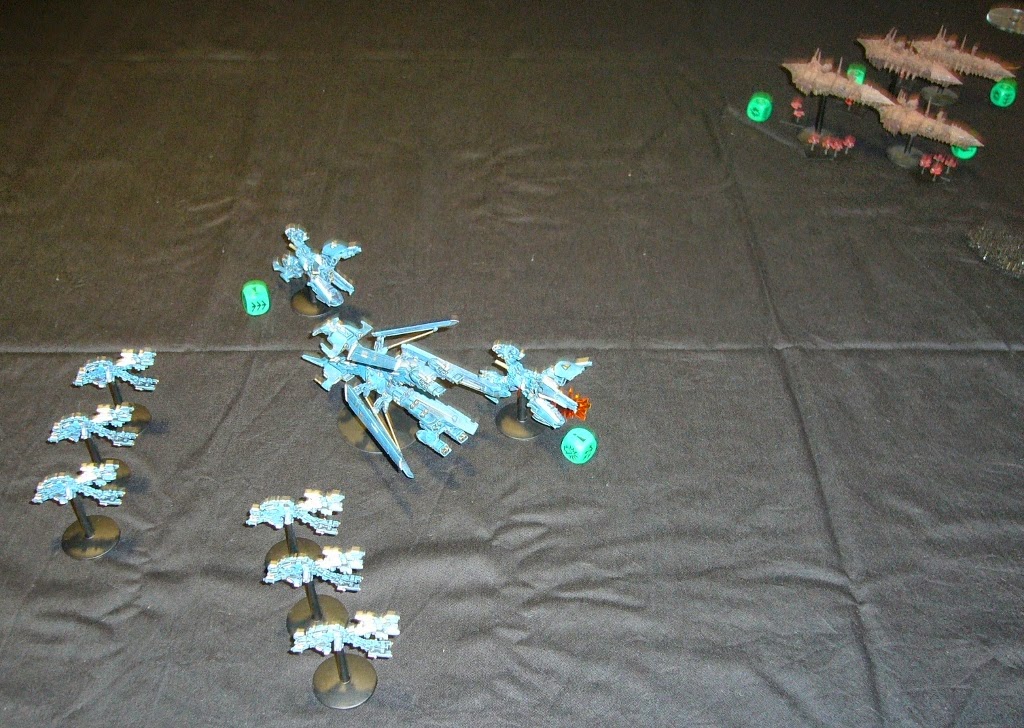 Kraytonians sweep in to deliver a big hit, and both Devastation Carriers and a Carnage brace for impact, but still taking a few points of damage despite this. 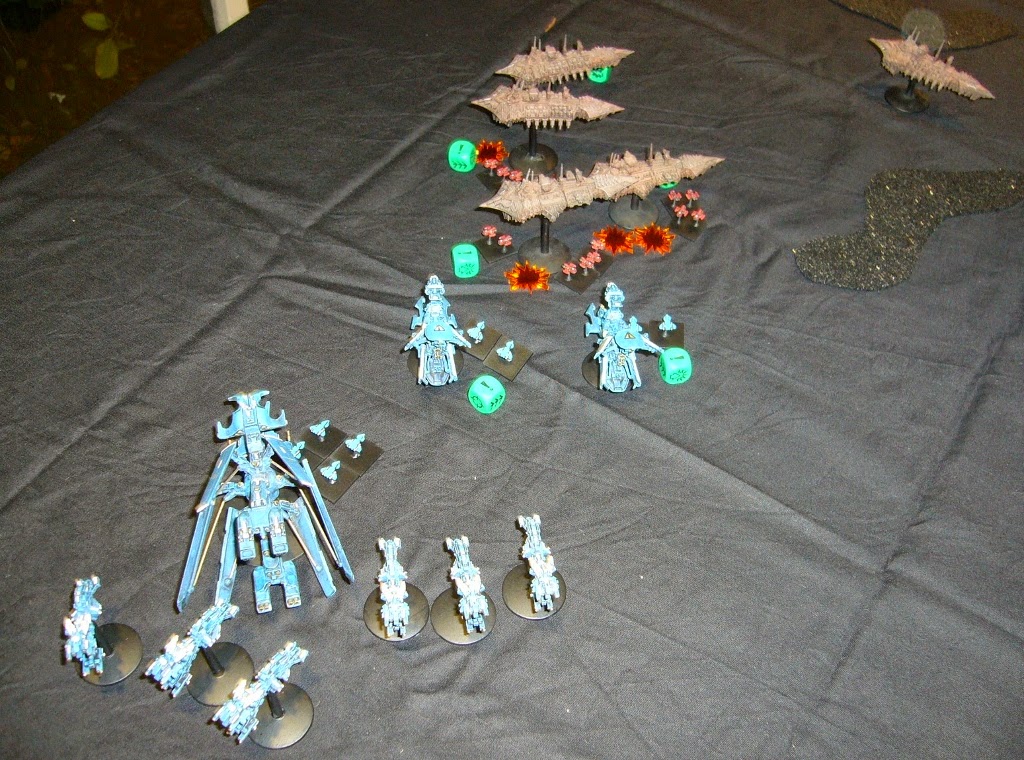 Chaos are still braced so return fire is not so effective. 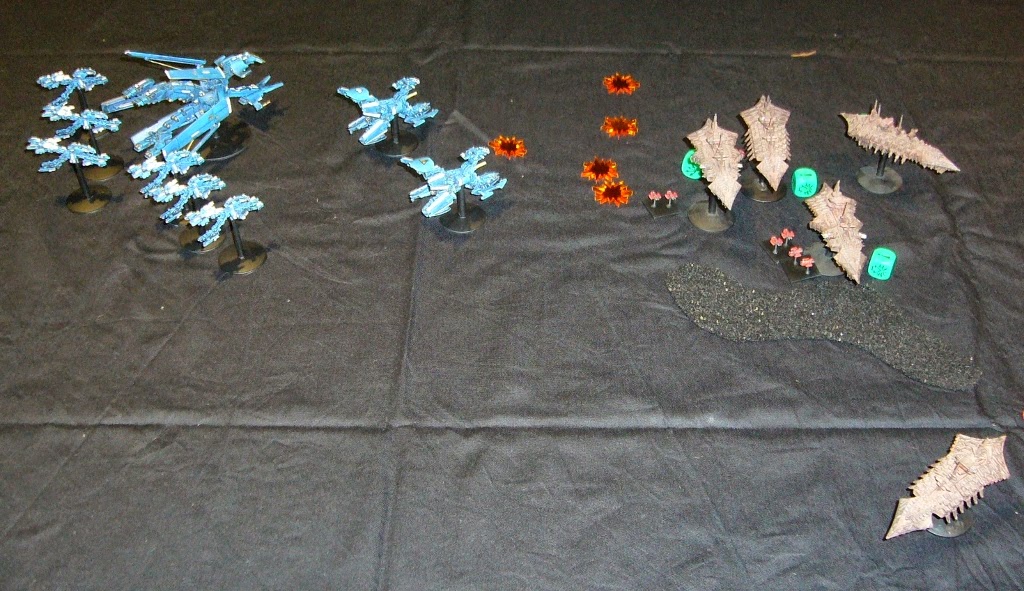 One of my Wraithships is slightly damaged. 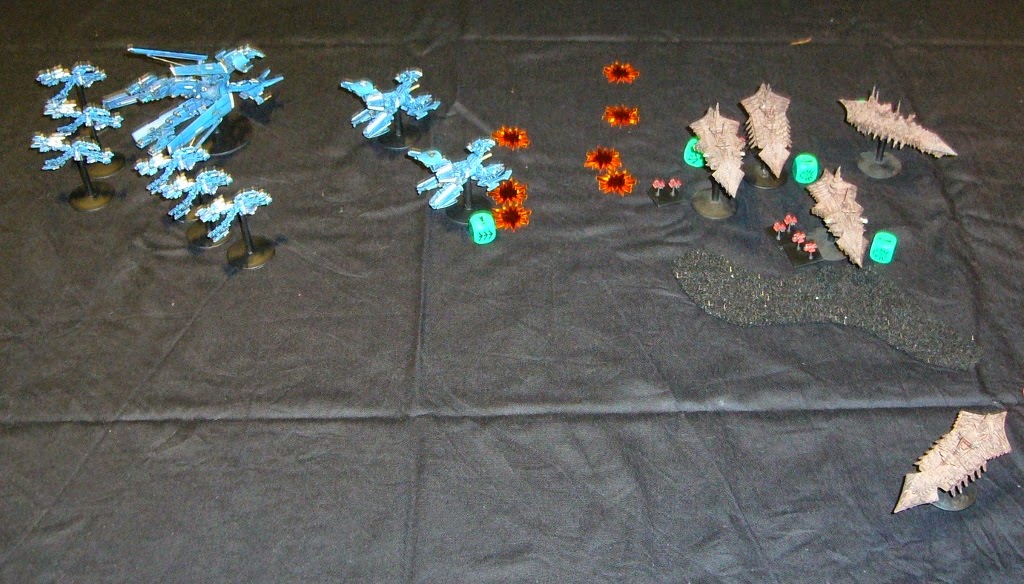 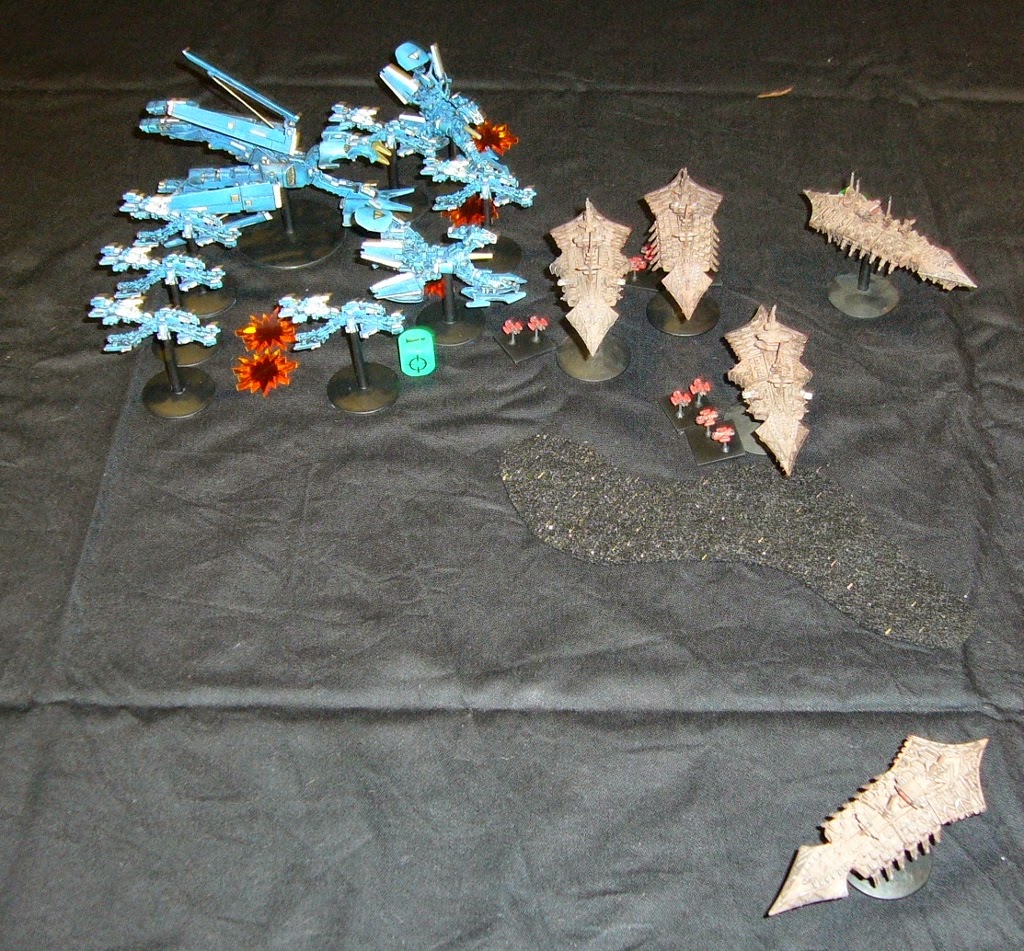 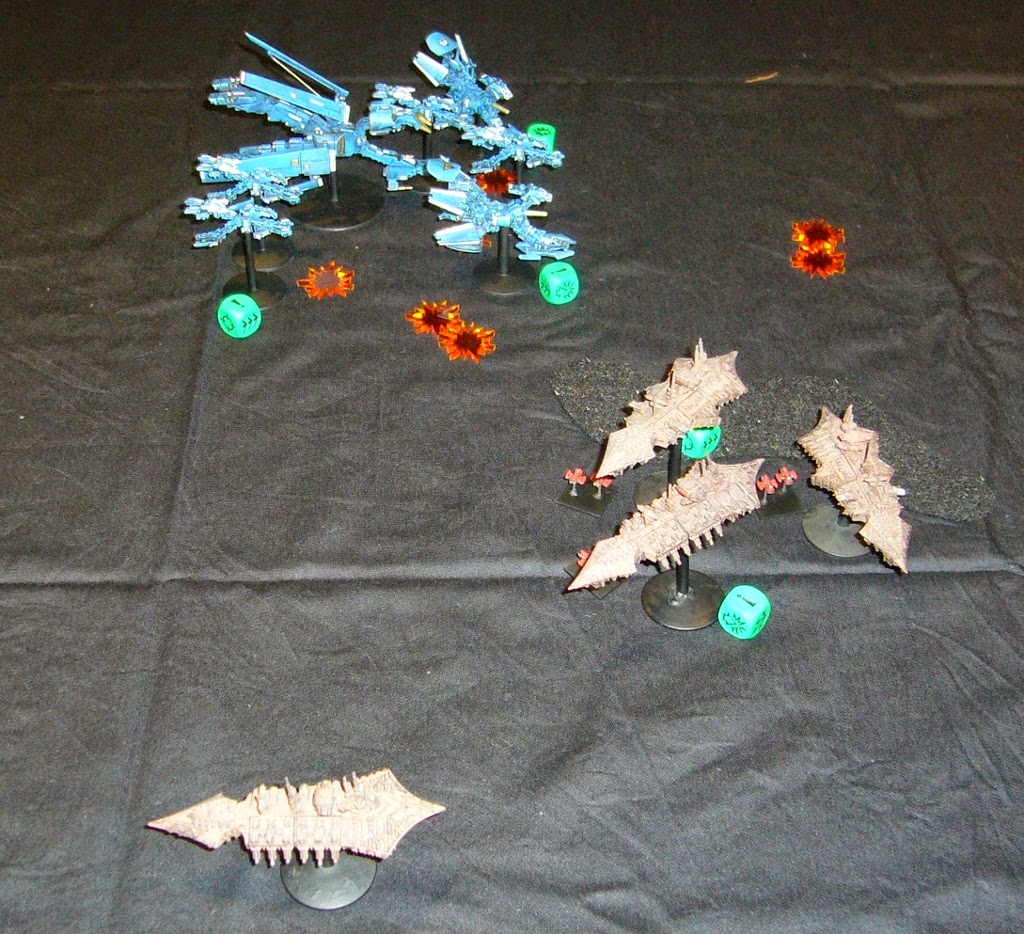 The crippled Wraithship disengages, and more fire is directed against the Chaos, gradually wearing them down. Another Cruiser is crippled. 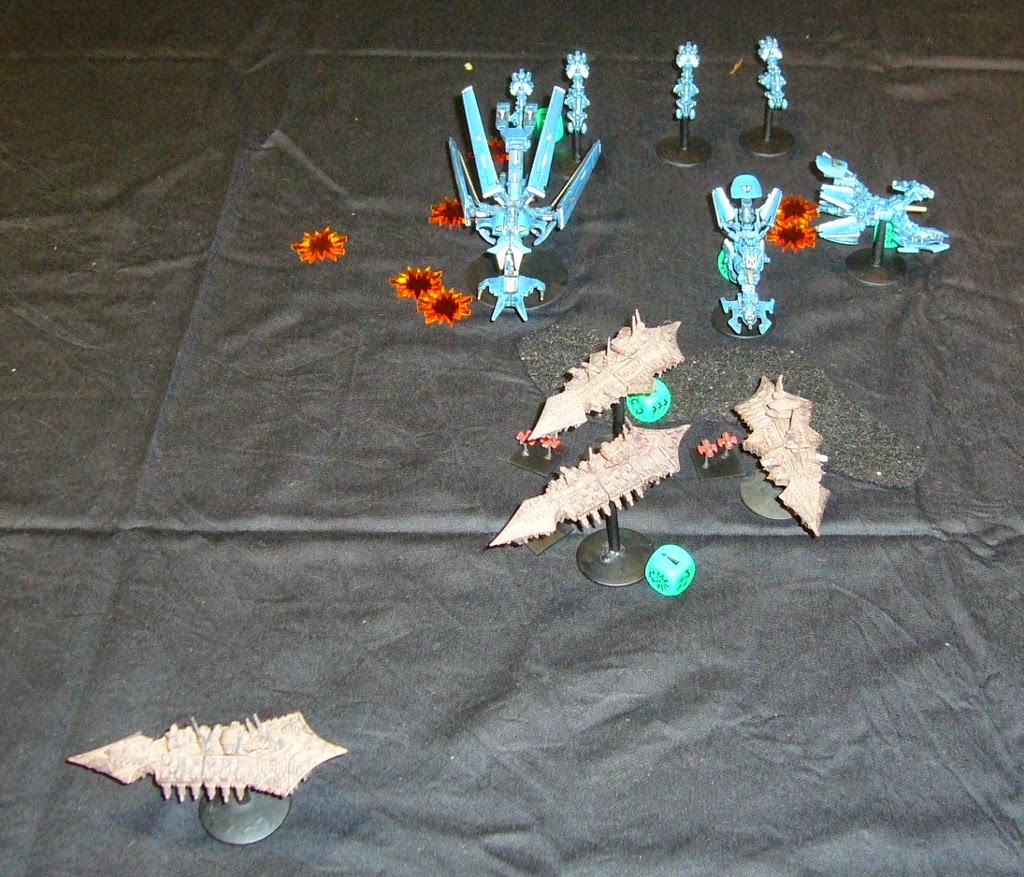 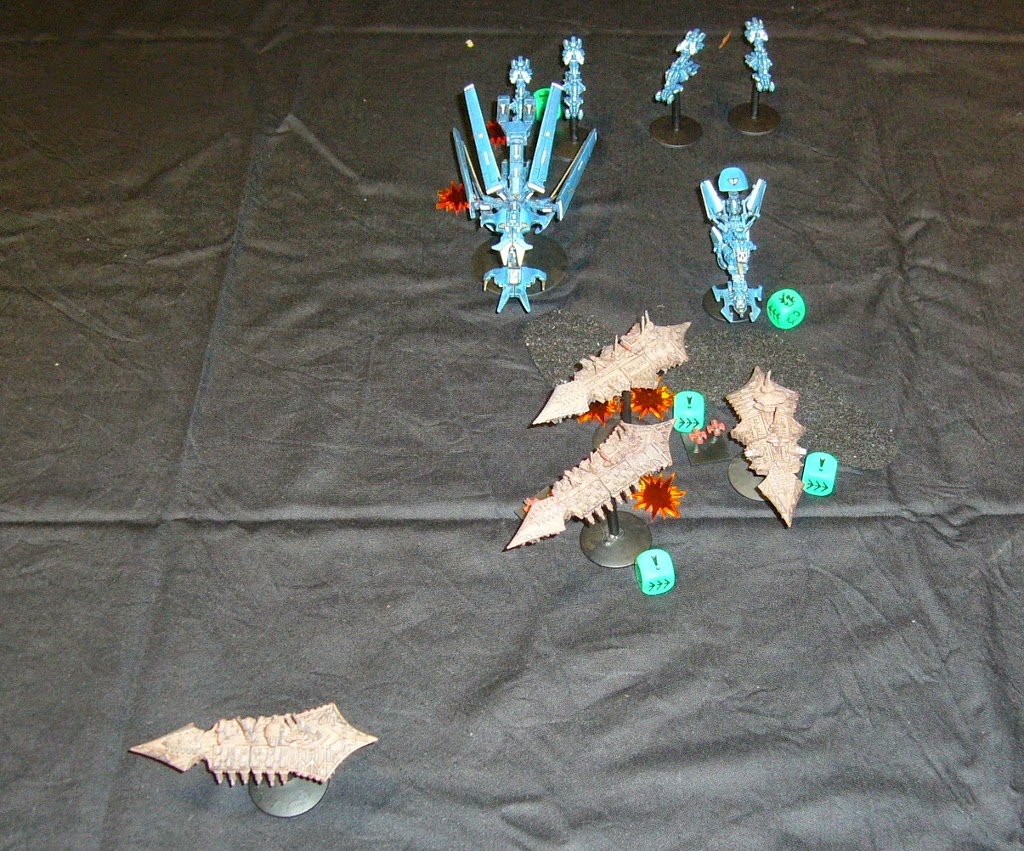 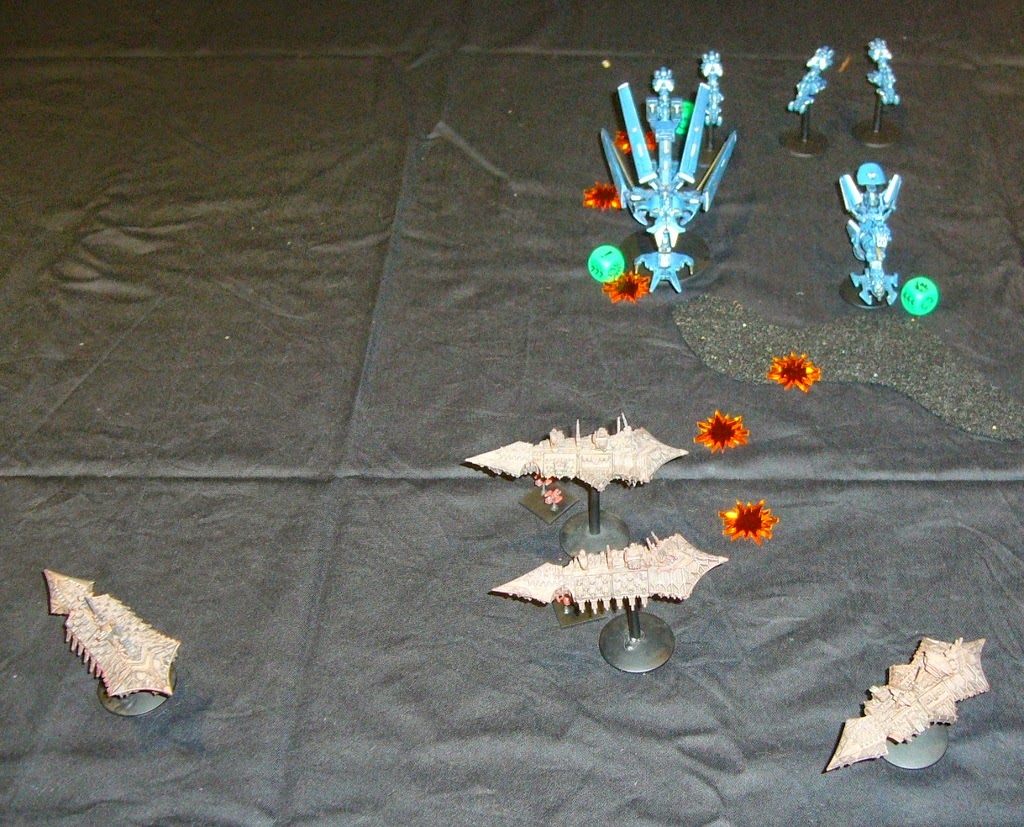 Kraytonians are taking cover behind a gas cloud, but the Void Dragon braces for impact as all fire is directed at it. Only takes a point of damage with shields absorbing rest. One of the Devastations is on fire with a single damage point remaining, but manages to put out the fire. 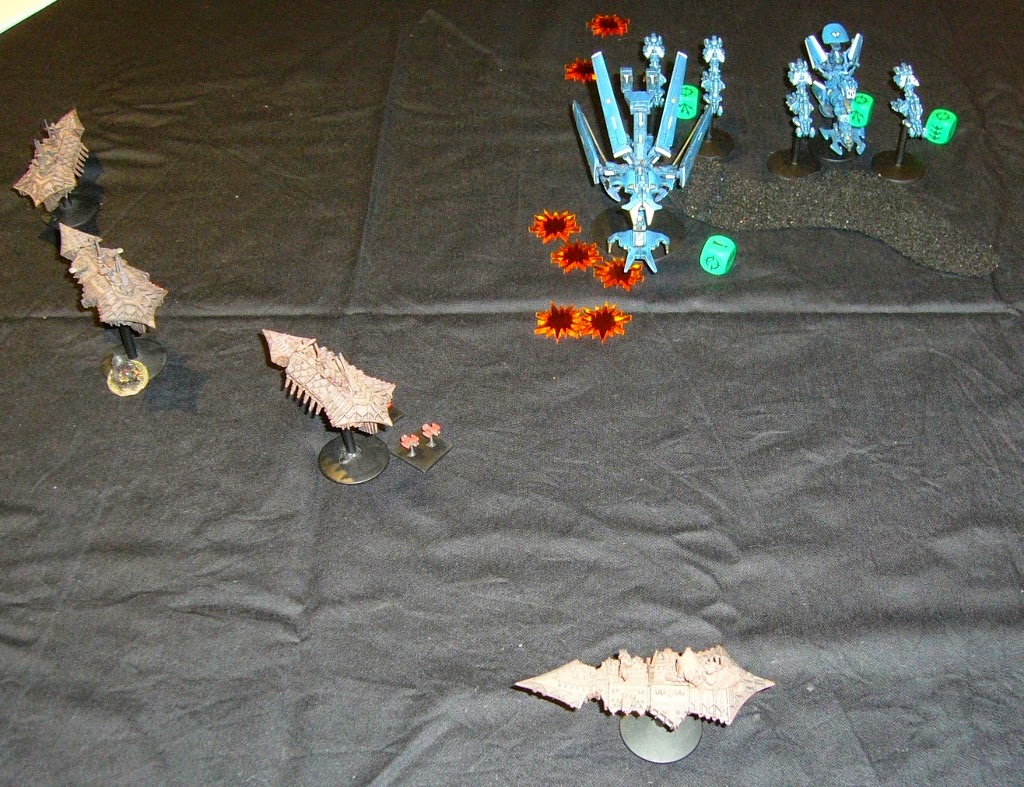 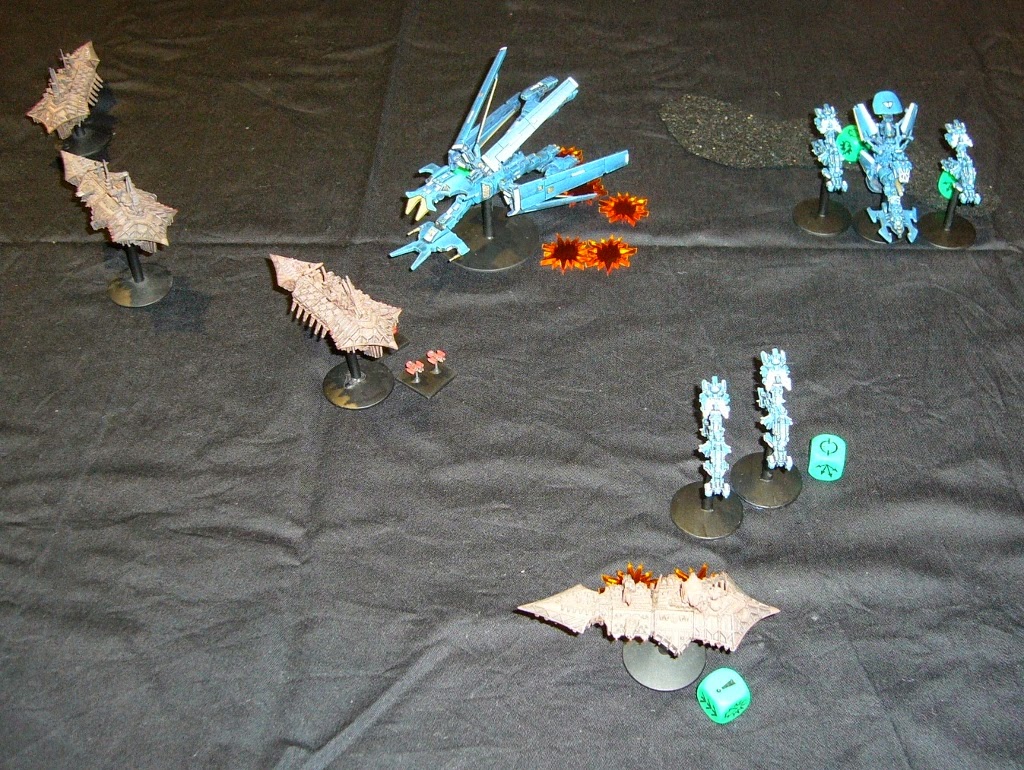 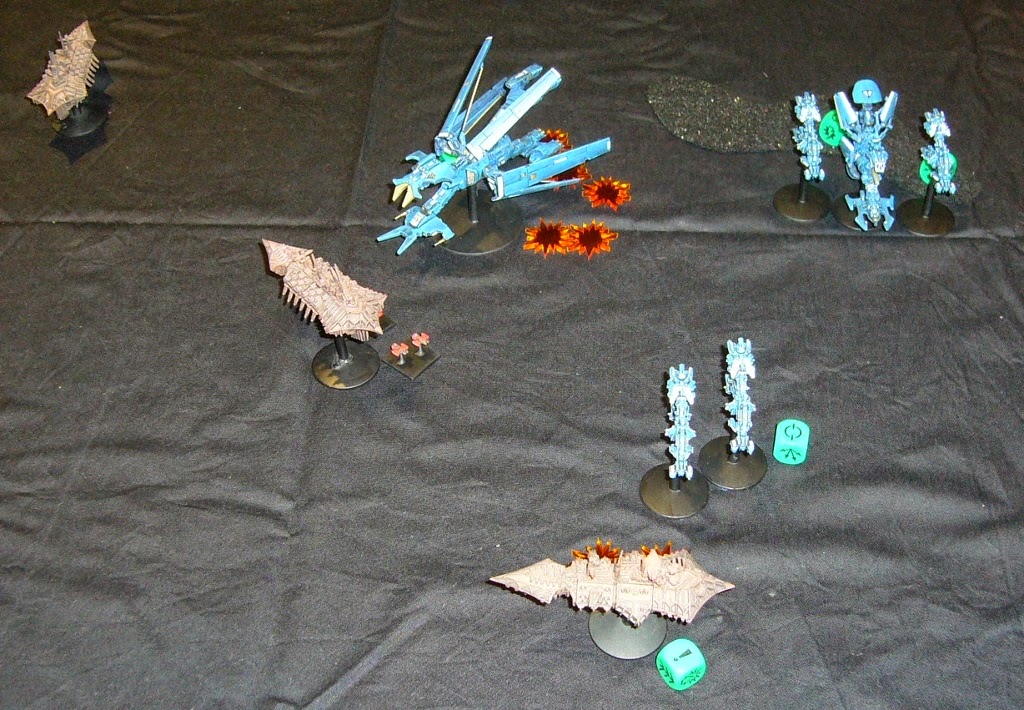 Chaos fire again at the Void Dragon, but don't cause any damage. 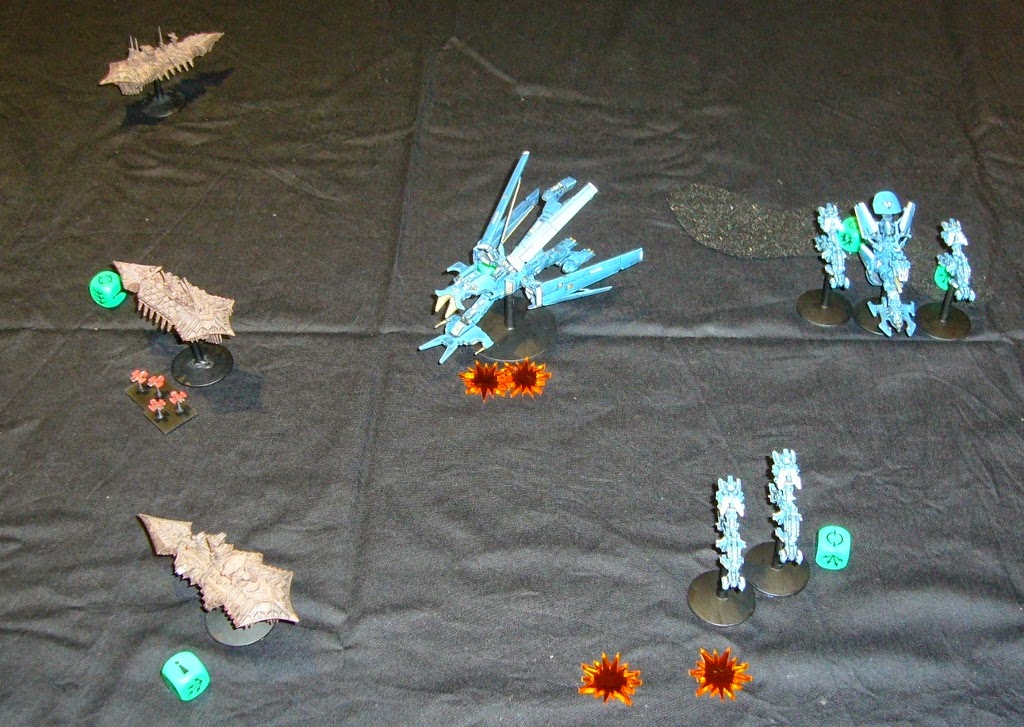 Another Chaos ship finished off and the the remaining two disengage. 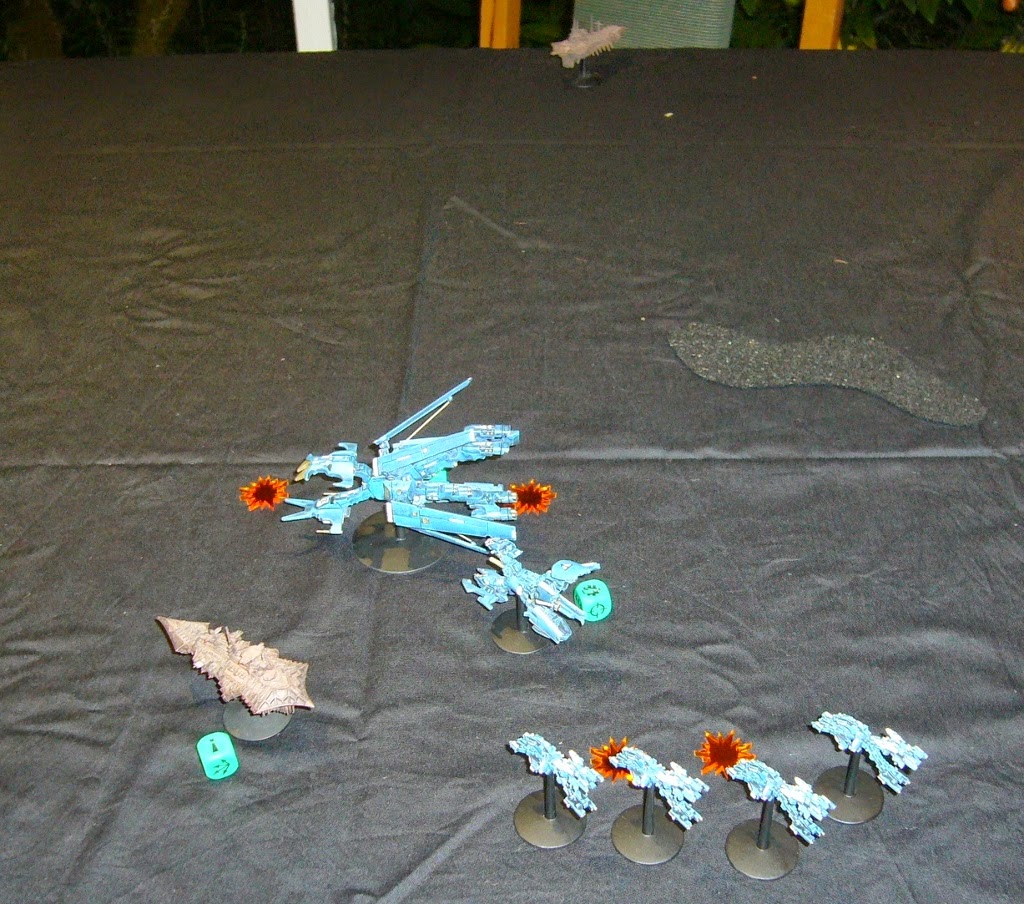 Victory at last for the Kraytonians! Glorius!
at 12:16 4 comments: