Been a while since I played an Epic game, so time to hit the table again. Airborne Orks vs Dreadnought heavy Marines.

I wanted to an airborne list using my three Vanguard Landas, which I haven't done before: 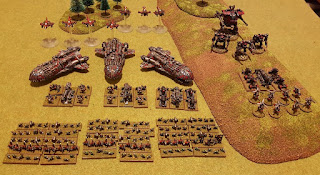 Andrew used his army of CinC minatures for the Iron Hands list: 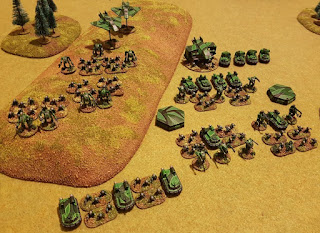 Here's the battelfield, with a large built up area in the centre and right and some hills and forests off to the left. Marines chose corner deployment and picked top right corner. 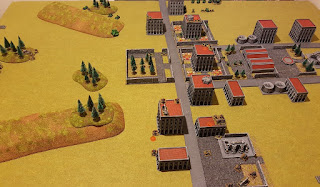 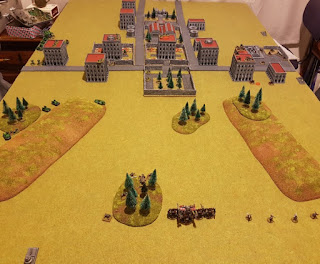 A look at the city in more detail. 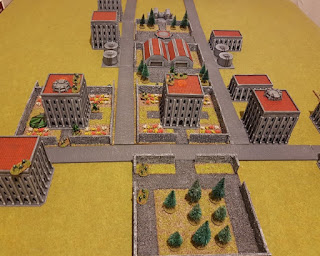 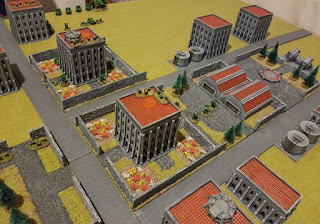 Marines begin with planetfalling three formations on my blitz objective, and they wipe out the three Gunzmobs here without losing a marine. 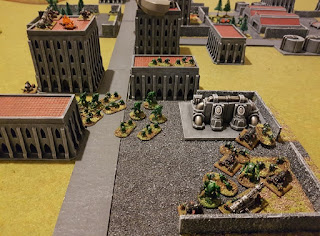 My Stompa Mob approaches the town. 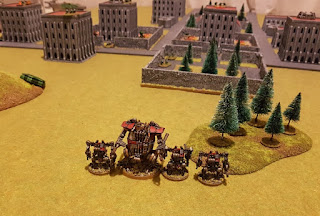 And I begin air attacking the defenders of the Marine Blitz. 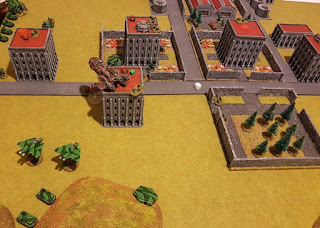 The first air assault by the Orks breaks the defending infantry and their accompanying firepower based Dreads. 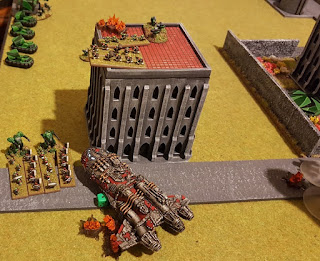 And the second takes out the Marine Whirlwinds. The Marine fighters are also shot down, and the Hunter is destroyed, leaving the Marines without air defence. 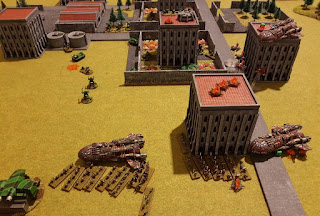 End of turn one a humiliating loss to the Dethkoptas, who end up losing 1 Kopta to Marine scout in firefight, and doing no damage in return despite support fire from the Stompa mob! Disastrous combat resolution sees another 4 Koptas disappear! 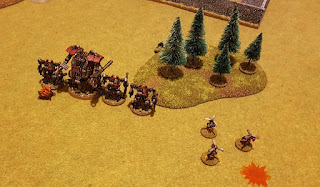 End of first turn, both sides securely holding each others Blitz objectives! 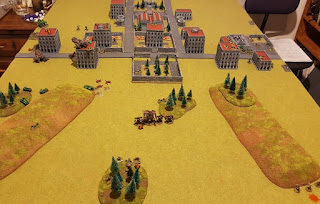 Lots of Marines around my base... 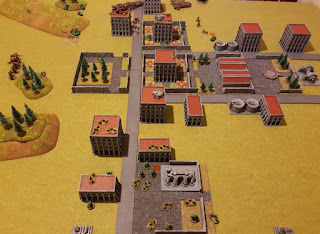 Lots of Orks around the Marine base... 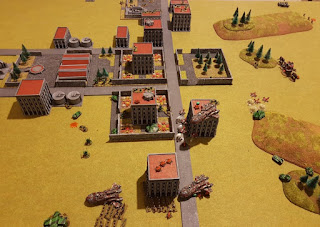 Turn 2 the Ork air dominance continues with another air assault into the town by a Warband capturing the Take and Hold Objective. 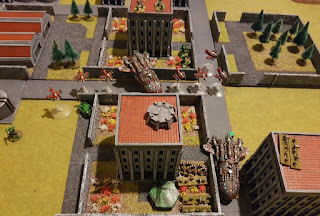 And the Stompas engage and wreck the Scouts and capture the other Take and Hold Objective. Other Marines fall back through the town avoiding close assault mobs, and are unable to damage the Stompa mob sufficiently with AT fire. 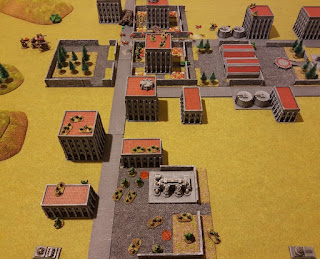 Turn 3 winning the Strategy roll for the second turn in a row for the Orks, the Supastompa sustain fires at the central Marine formation and melts two Dreads and two Marine Squads with its macro guns. 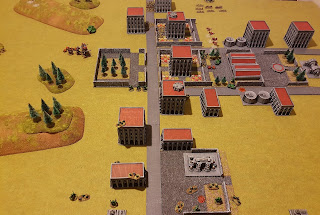 The Marines are heavily out-activated now, and unable to contest their own objectives, while an Ork Landa survives overwatch fire to contest one of the Ork ones.  Victory to Orks 2-1 with Take and Hold and Blitz, to Blitz for Marines. 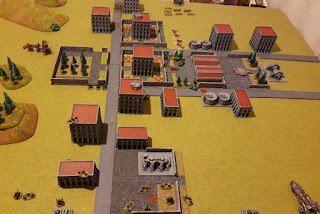 An interesting game using the Landas, which I haven't used so many of before. They are quite brutal with a warband assaulting from them. Also tough for the Marines where all formations were quite slow and unmaneuverable, they would have benefited with one to two more faster units perhaps, or guarding the Blitz with some close combat Dreads. My Ork list being so infantry heavy other than the Stompas, meant the AT firepower in the Marine units often didn't have good targets too. My Landa's also meant I got the victory easily enough on turn 3 by contesting once I had secured the Marine obejectives.
at 12:27 2 comments: