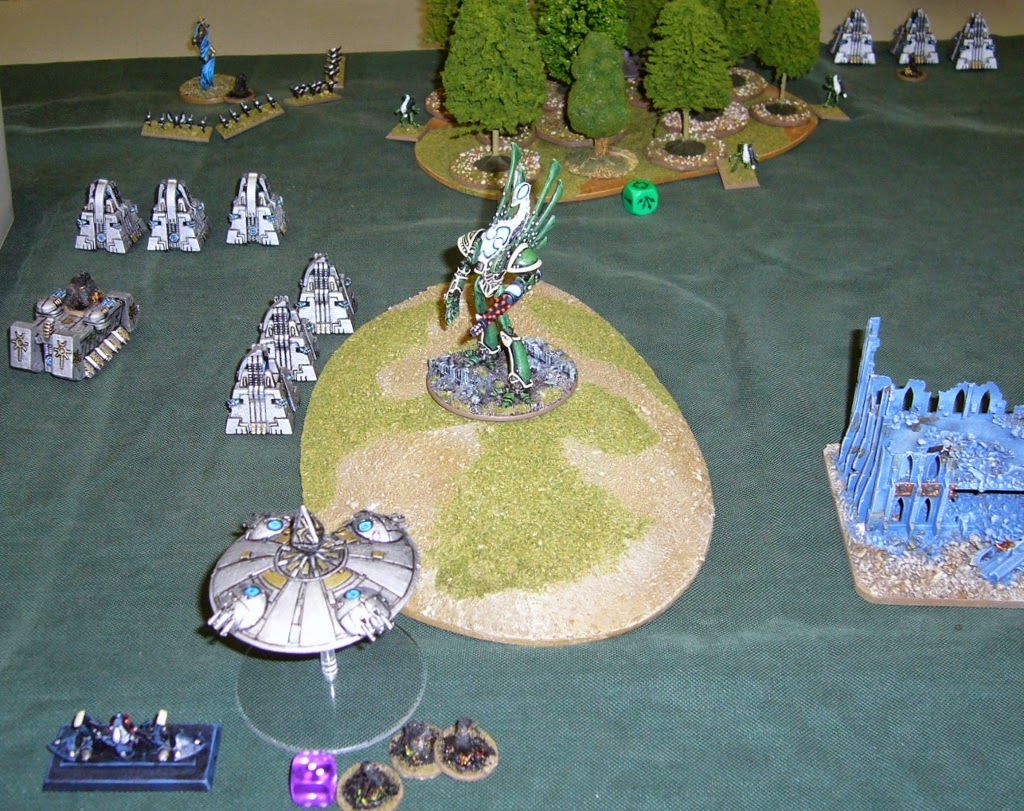 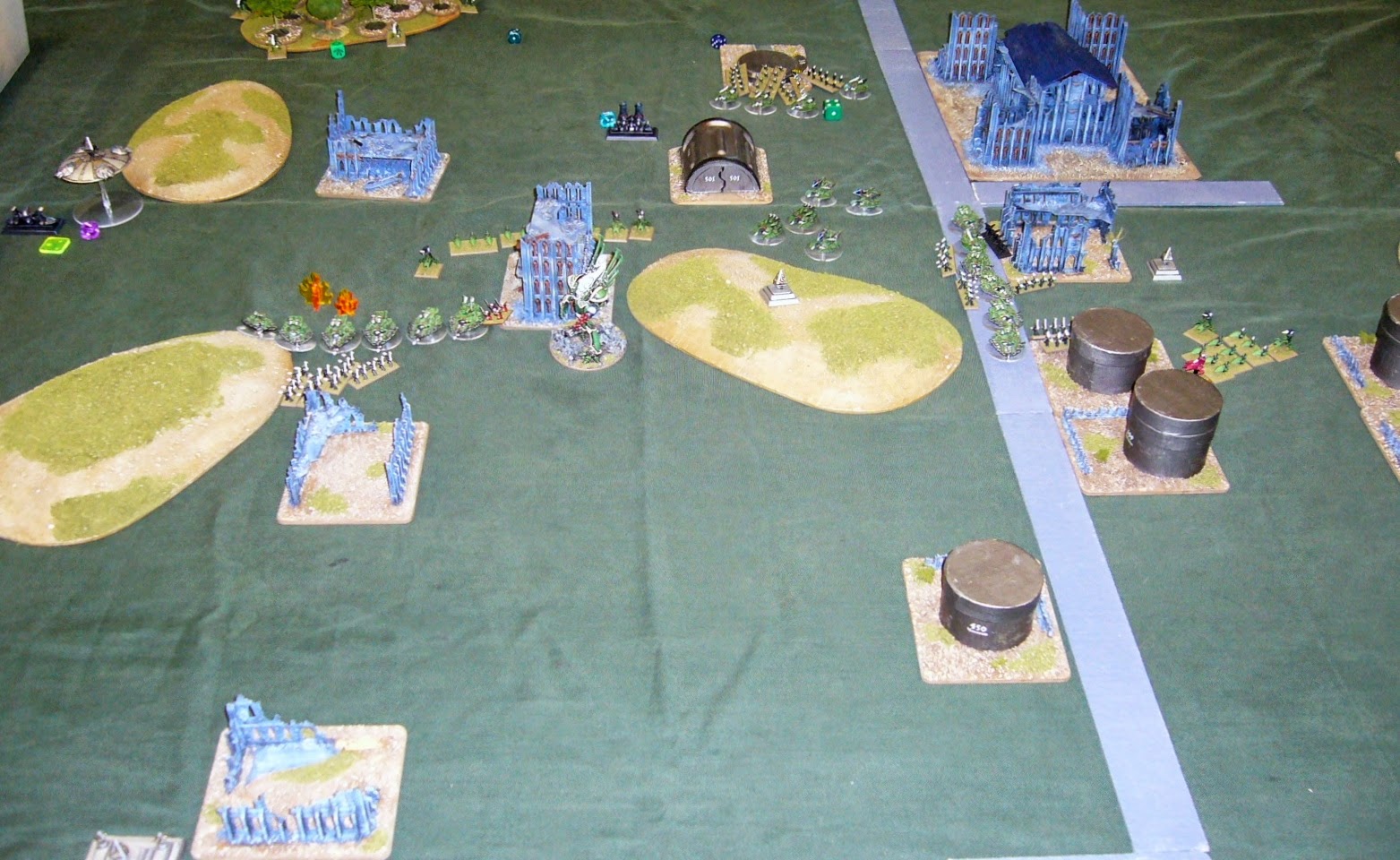 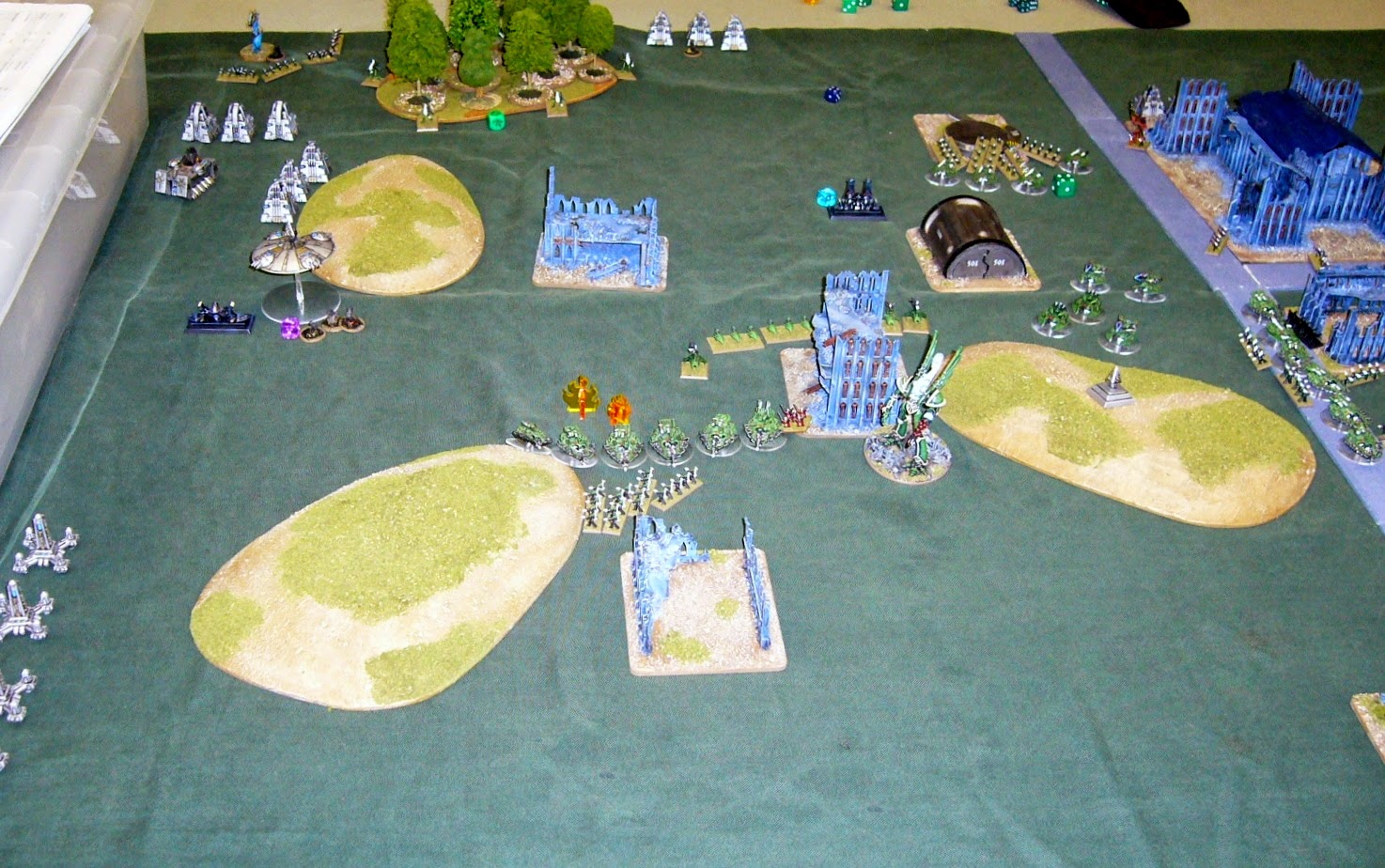 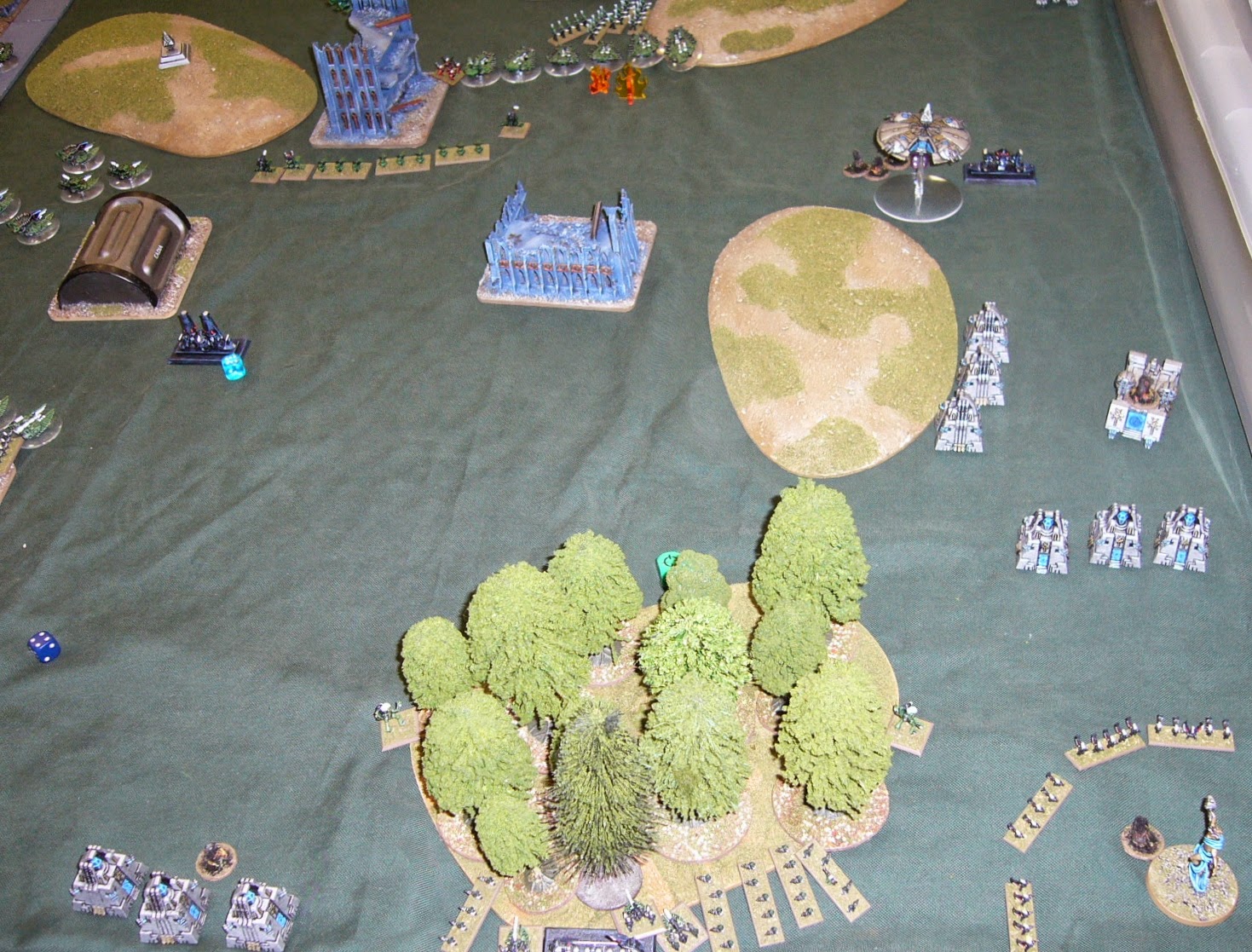 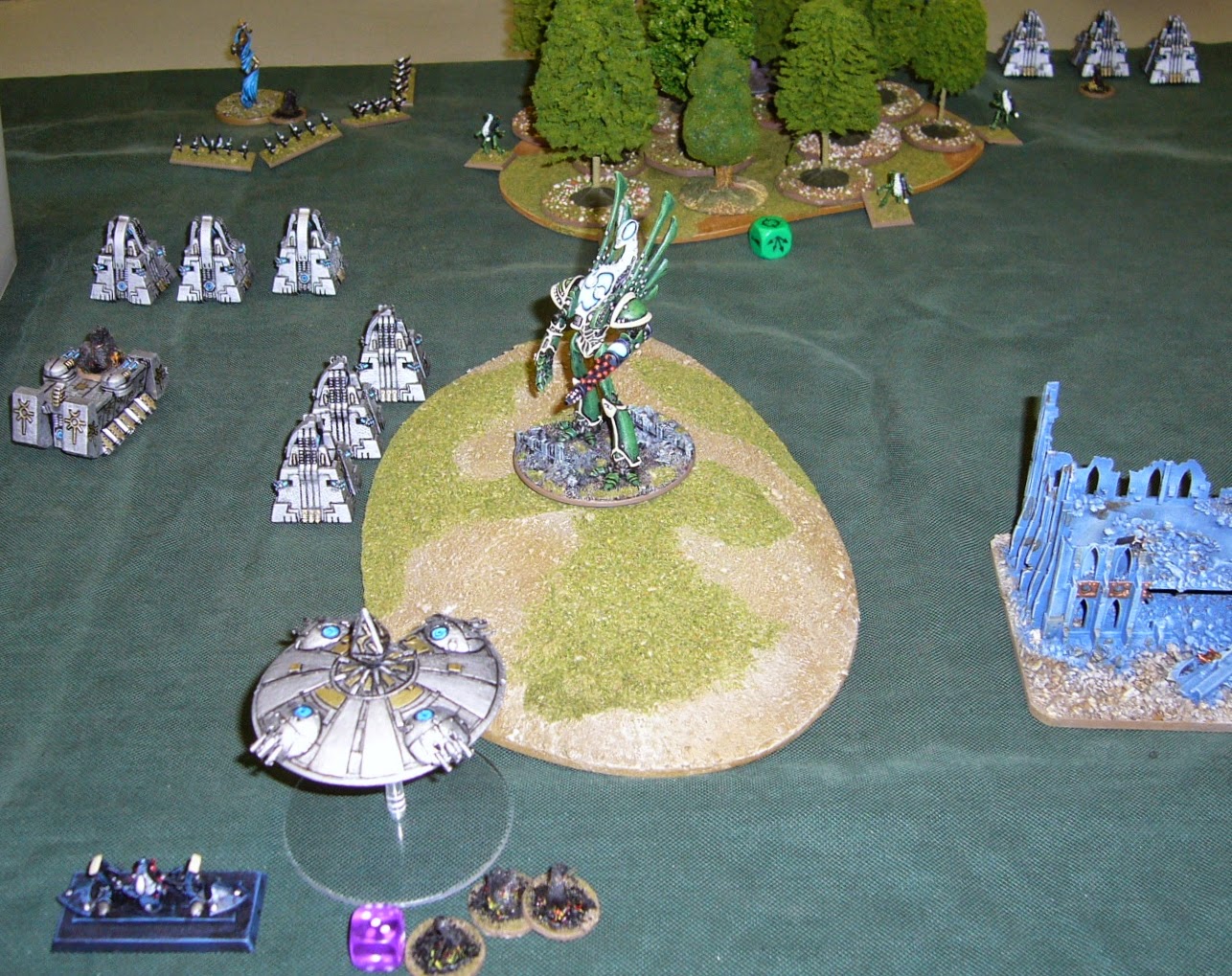 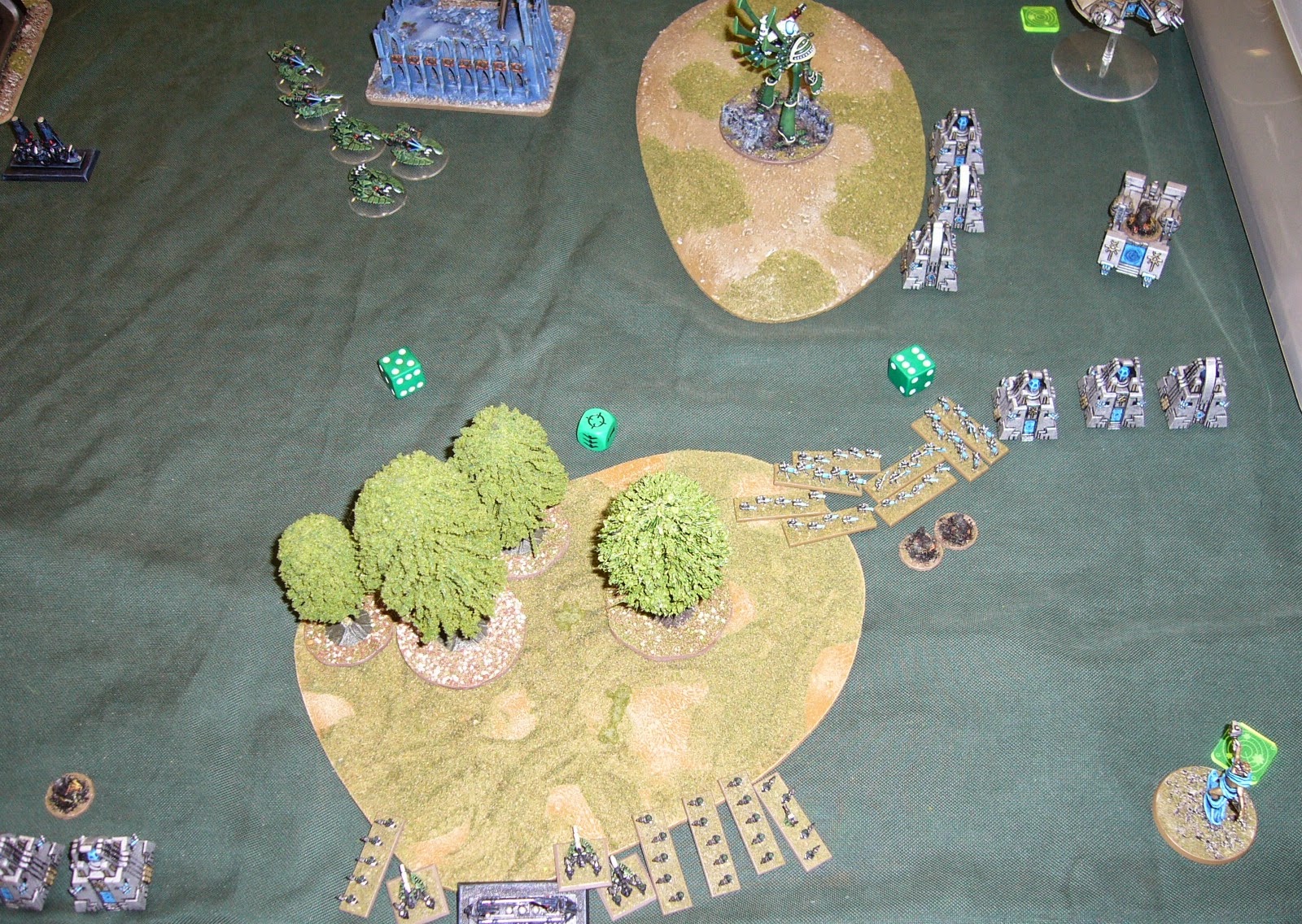 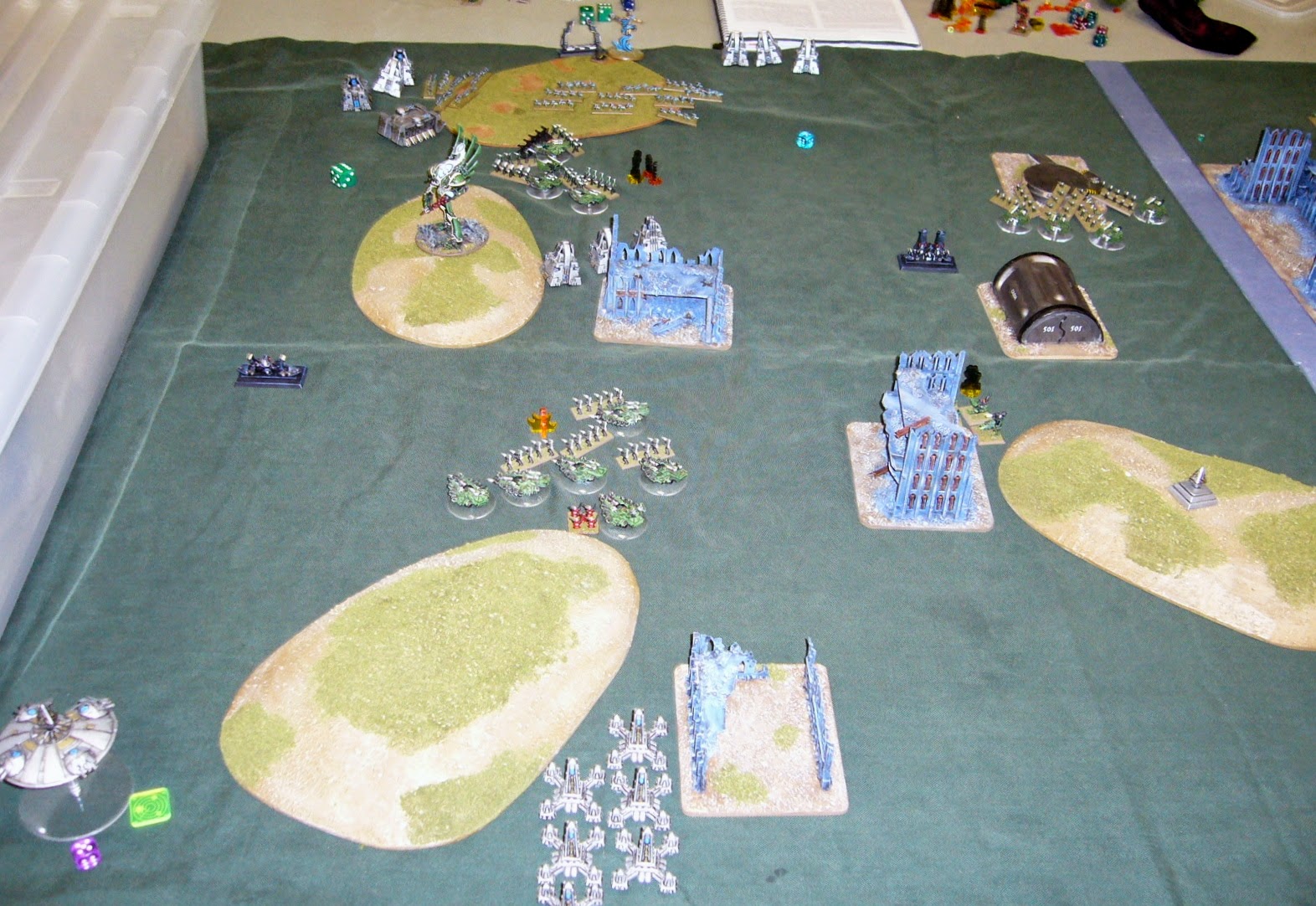 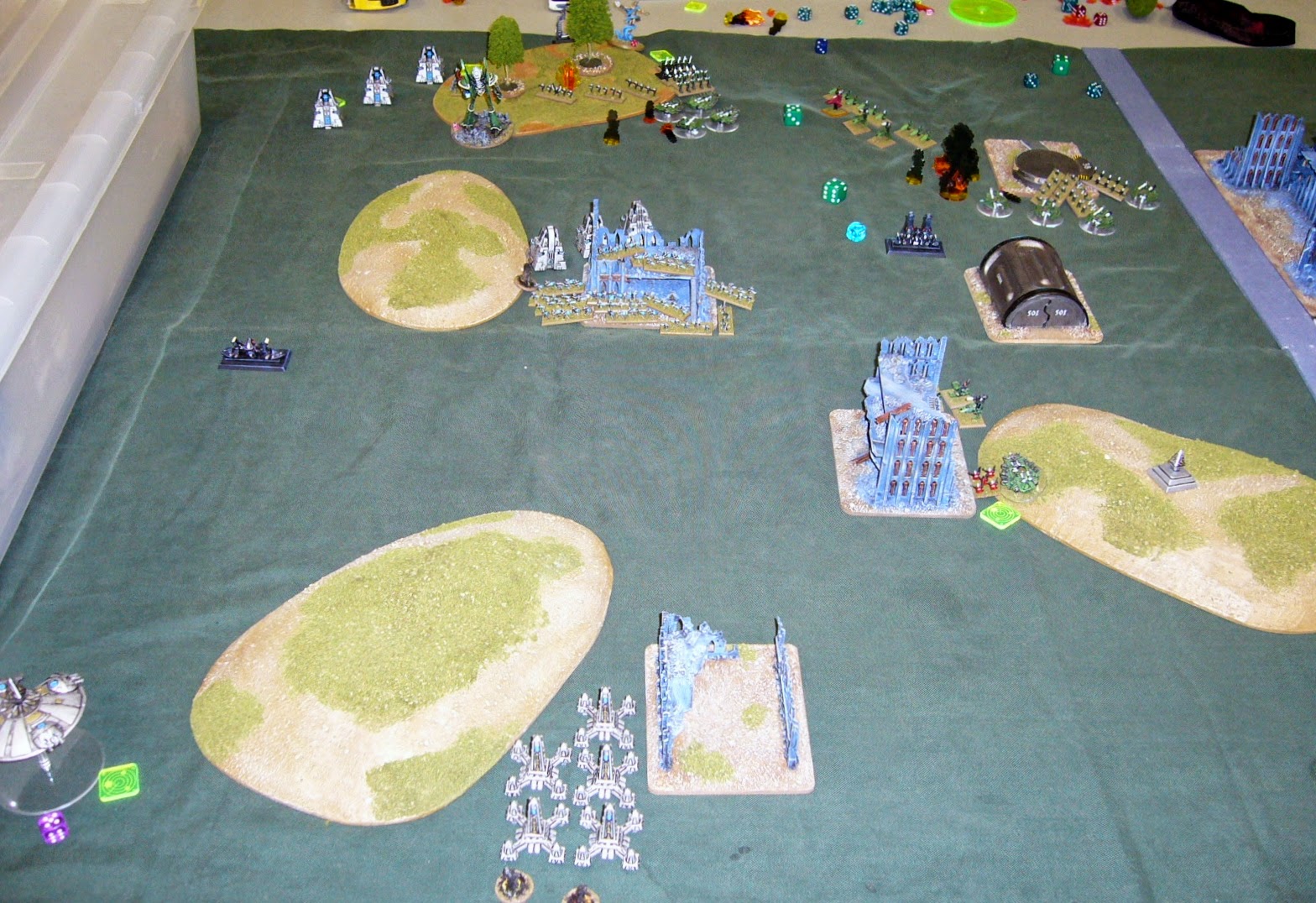 Iyanden Wraithguard formations are very fearsome, and so is a Warlock Titan. Still they are each a huge chunk of points tied up in one formation, and they can't be everywhere at once. With Wraithguard one of the best counters is to blow up their Wave Serpent transports which slows them down a great deal. Still not easy though. My plan in this game was to avoid all three of these deadly formations for as long as possible, all game if I could! I picked on all the other formations while trying to capture objectives. This seemed to work for the most part, and well enough to win. Even my Obelisks did some useful work in this game. The Aeonic Orb didn't do much except absorb a lot of fire, but that was still very helpful as it turned out. The other thing I did was avoid having any formations except the Aeonic Orb on the table at the start of the game, which my gut told me was a crazy idea, but it actually worked out ok. The Eldar advanced to the centre of the table, and then I could teleport behind them and cause some havoc. Another weird sort of a game which is what it seems to be with Necrons.
at 21:21 2 comments: