Newly finished and in their storage already - 6mm Cold War East Germans. All on magnetised bases hence the adherence to the sides of the container! One of my mates has thousands of moderns, so thought I'd add a small force to play Team Yankee or other rule system with him, plus it seems there are a few other locals who play this too. Very quick and easy to paint compared to every other wargame I play!

In picture below there are Hind Helicopters, Su25 Frogfoot Bombers, T72M1 Tanks, BMP1's and BMP2's, 2S1 Carnation Artillery, Shilka AA.  I went with the plain Vallejo Refractive Green scheme for the land vehicles, with some strong buff drybrushing to bring out the detail from a distance.

Hinds, T-72's, and 2S1's are GHQ. Frogfoots and BMP1's are Scotia Grendel. Rest (including infantry) are Heroics and Ross.

And on the lid, a heap of infantry. Rifle Teams, RPG7's and MG's. 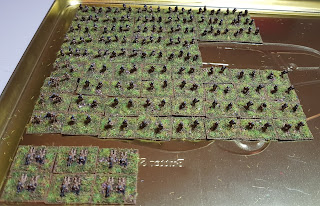 And some later additions. Forty T55-AM2's. 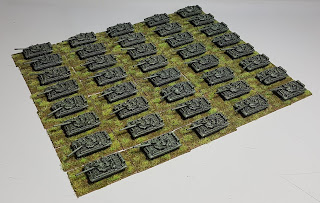 I don't really play anything historical after the Napoleonic era, so these things are basically sci-fi and incredible to me!  Like the BMP1 - a vehicle that can travel at 65km/hr, with anti-infantry, anti-tank, missile, carrying a squad, hostile environment protection, can go over all terrain and swim across a river... amazing!

Here's some reference pics I used. Some nice pics of the BMP inside and outside can be found here. 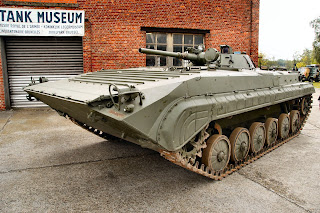 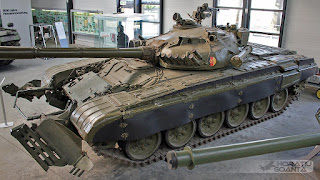 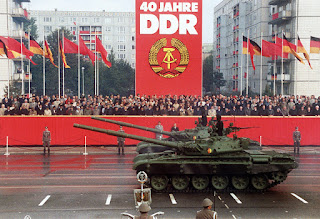 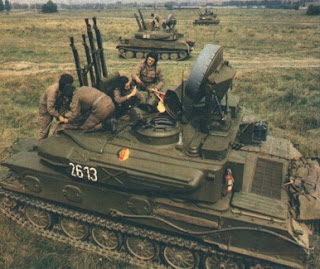 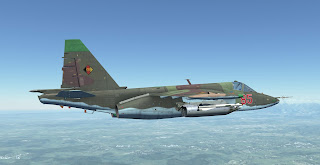 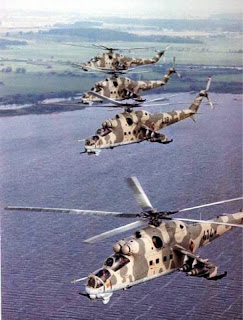 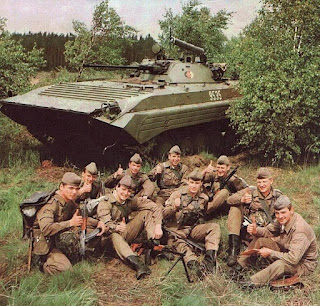 Infantry showing distinctive East German helmet. The helmet was normally covered with the same green/brown uniform I believe, but I gave them grey helmets to make them stand out on the table as East German a bit more. 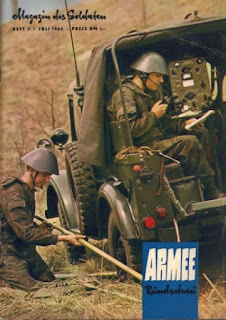 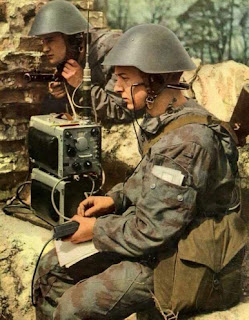 Here's the sad state of these vehicles now - in the graveyard. Though from everyone's perspective thank goodness the Cold War ended up like this rather than in WWIII! 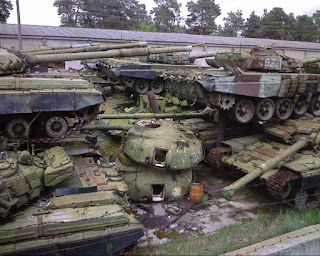 And the DDR Anthem. Socialists seem to come up with the best anthems! 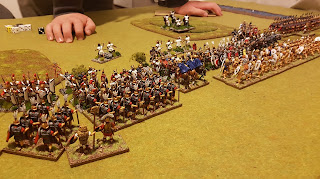 Here's the initial deployments. Romans are the defenders. To right of field is a flooded and impassable river, plus a Built Up Area. There's some rough ground to the left, and gentle hill straight ahead. 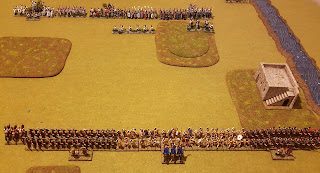 Carthaginian have a mass of various Gallic and Italian  mercenaries (Heavy Sword - most ordinary grade, and some with Armour) with Elite Carthaginian Spear either end of the line. They have Elite Heavy Cavalry (Carthaginian) and Light Cavalry Javelin (Numidians) on the right in photo below. To the left of this they also a couple of Medium Sword and an African Elephant (just out of photo).

Carthaginians advance, and my Galatians are unreliable and will not advance! Legion on my right starts to slowly struggle through the built up area... 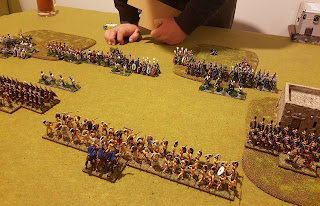 However the Carthaginians decide to come out of their defensive position and attack my left flank. 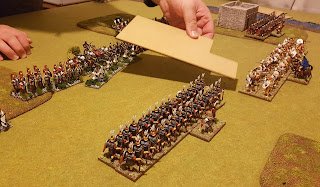 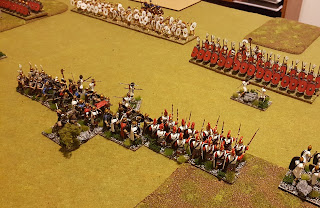 As the enemy draw close the Galatians commit to the battle and surge forward, driving back the Numidian skirmishers. 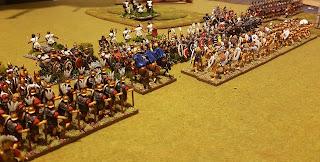 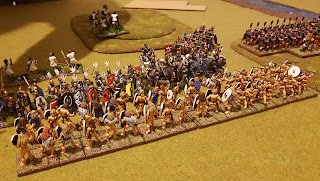 On my left my horse archers weaken the Medium Sword, and the Roman Cavalry and Legionaires gain the upper hand. The Carthaginian Veterans destroy three Roman maniples, but the rest of the Carthaginian force cannot withstand the shock and numbers of the Roman and Galatian infantry on level ground. Victory to the Romans/Galatians. Losses 21/21 Carthaginians, to 13/19 Romans.

Love 28mm Ancients with all the colourful troop types of this era! I think the Carthaginians here would have been better to stay in their rough terrain and on the hill where they had an advantage, using their superior light troops to harass the Roman and Galatian Heavy Infantry (especially the unarmoured and impetuous Galatians!), inflicting disorder and forcing them to assault an unfavourable position. My Roman army had no light troops bar two Light Horse in the game! As it was the Carthaginians advanced into the open plain and ended up unable to withstand the charge of the Roman and Galatian Heavies.
at 22:12 2 comments: