Following previous defeats, some reorganisation of my Imperial Titan forces was in order, with refitting now making sure some long range support options are availabe. Also a few support Robots to hold ground and delay the enemy in the first turns. Thanks to the guys on Tactical Command for the advice! 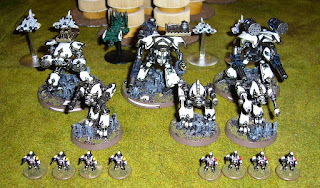 Here's the list Andrew took, using six formations of Riptides(!), proxying them with other smaller suits as he doesn't have the models yet. These are a new formation type that's been added to the Vior'la Tau list and still a bit experimental.

For reference these Onslaught Miniatures Kaiju Mega Rigs are the thing to get for Riptides! Impressive models, that I believe Andrew will be ordering. 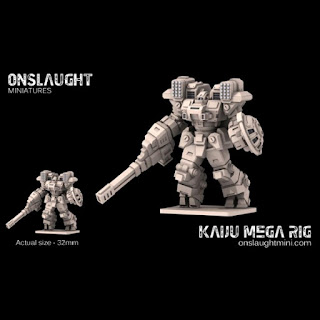 I set up on the left flank, refusing the right, with robot garrisons out in front. A few Tau formations are garrisoned but most are back on the baseline avoiding Quake Cannons... 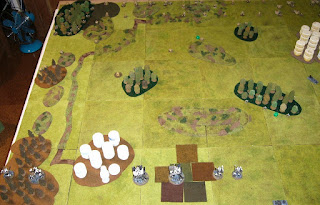 Here's the right side of the field. 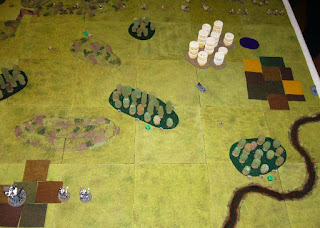 Tau waiting on the go line. 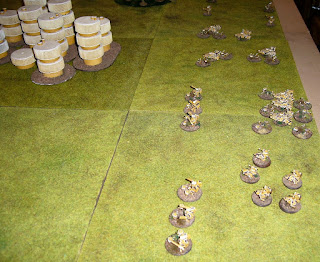 My new Warlord with Carapace Landing Pad and Quake Cannons. 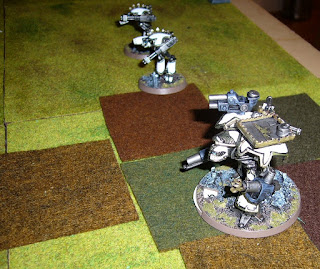 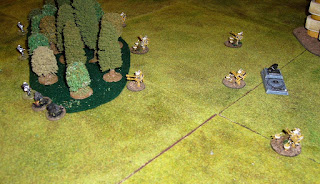 My Thunderbolts break a Tau recon formation, but are then both shot down by Tau interceptors. 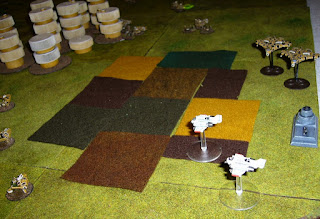 On the left flank, my Warhound and Reaver push forward, suppressing some enemy formations but the Warhound is also broken and retreats. 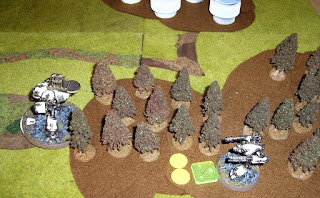 Tau Riptides and recon on my left flank. 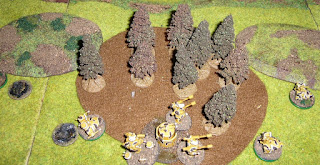 Riptides advance in the centre and my Warlord opens fire damaging one of them. 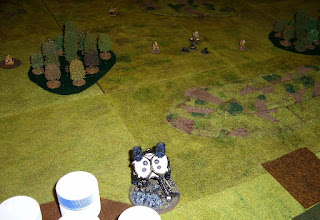 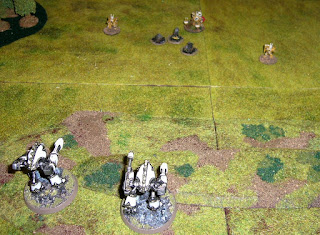 Killing two of them. The Warhounds are then counterattacked by more firepower, and one takes a point of damage. 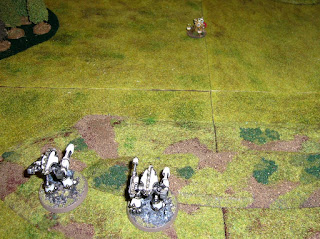 My Spaceship kills another Riptide and breaks this formation. 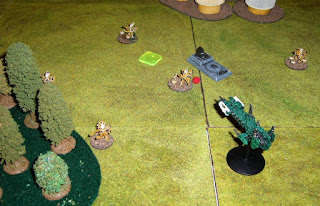 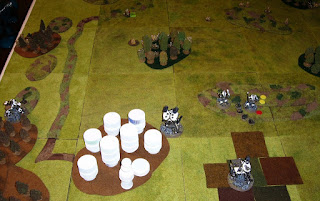 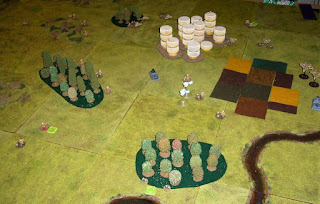 My Titans rally, except for my Warhound. 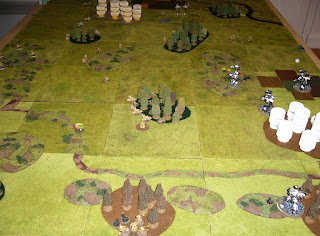 Titan Legion wins Strategy Roll, and the Quake Cannon Warlord breaks a large mechanised Tau formation in the wood ahead of it. 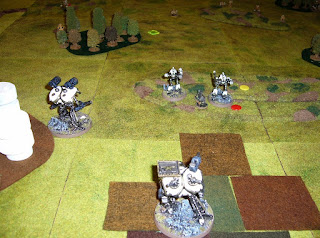 The Warhounds then retreat and break the Riptide formation that was damaged by my Spaceship last turn. 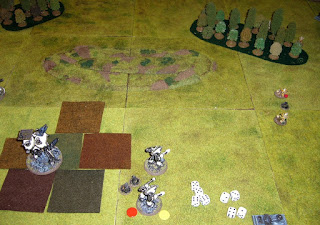 Tau co-ordinated fire missions wreck my as yet untouched Warlord with double gatlings, leaving it on a single hit point! My saves against the Riptides were terrible here. 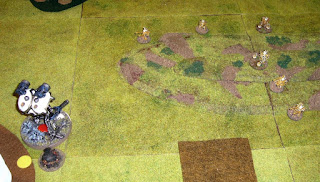 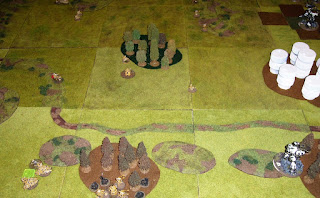 End of turn 2 and things are looking pretty hopeless, with multiple Tau formations closing in for the kill. 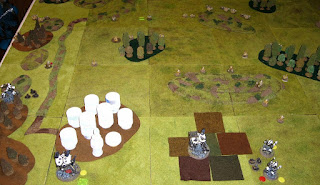 My Titans rally, but with one Warlord heavily damaged still, it's not going to be pleasant. 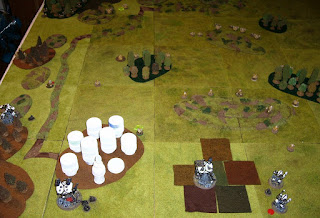 Tau win Strategy Roll and attack and break my Warhound pack with Riptides, also destroying one of them. 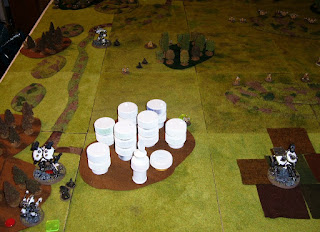 Being Turn 3 I have to contest objectives, so my damaged Warlord blasts a hole in the Tau lines and the Reaver pushes through. 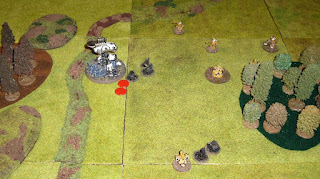 Unfortunately I don't have enough units left. Riptides and other firepower breaks the Reaver, also damaging it. I lose as Tau have all their objectives, my two Take and Hold objectives, and also the "They Shall Not Pass Victory" condition. 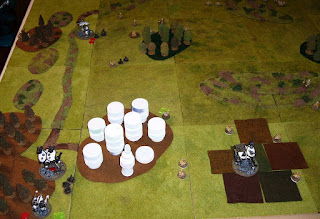 Well that was unpleasant!  My titans can't repell fire of that magnitude! Riptides are tough pieces of work, very resistant, mobile and with excellent firepower. As yet we don't have a coherent battle strategy against them...

In other news, a second outing against Eldar was rather less of a rout... and my Warlord went toe to toe beating off a Warlock Titan!
See the full report on Tactical Command for further details. 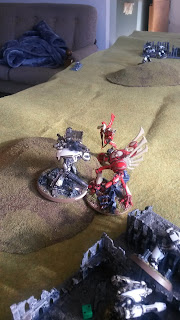