Two battles a couple of weeks ago, only just got around to getting these pictures up now though. By random chance of army selection it ended up being two battles with lots of 'ghost' warriors on both sides. I.e. troops who are effectively spirits in robotic constructs/armour. Thousand Sons vs Iyanden. Lots of armour and Fearless ability.

Here's the Thousand Sons list I used for both battles: 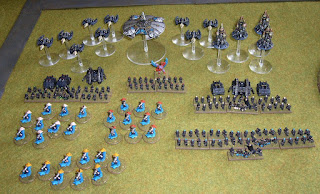 First game was against Tim using an Iyaden army list which looked as follows, with two big units of mounted Wraithguard, Revenants, Wraithlords, and supporting formations... 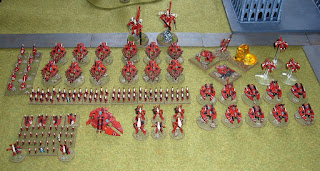 Unfortunately I forgot to take photos of the game!! But it was closely fought and an eventual 4th turn tiebreaker on victory points, which went to the Thousand Sons with 2220 points to the Eldar 1845 points.

The next game was against Andrew, also using an Iyanden list, as follows: 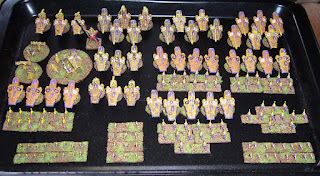 Here was set up of the second game. 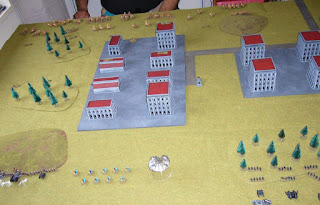 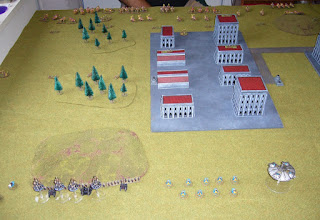 Both sides moved to contest the centre of the table. Here my Warp Palace blasts a grav tank formation. 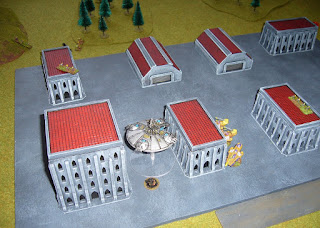 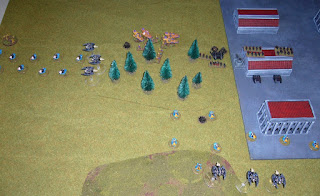 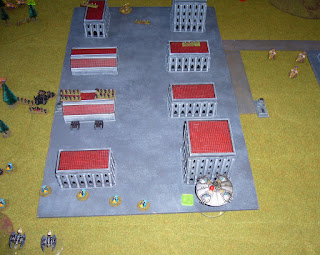 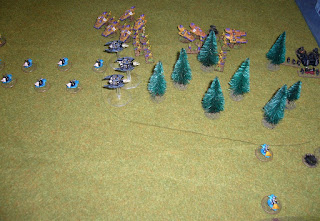 Doomwings manage to destroy a couple of Wave Serpents. 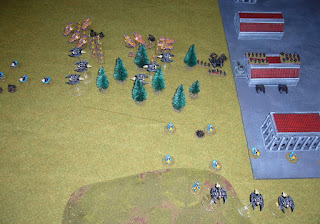 A Thousand Sons formation is broken and falls back. Formations aim to setup for winning assaults in the following turn. Silver Towers fail to activate. 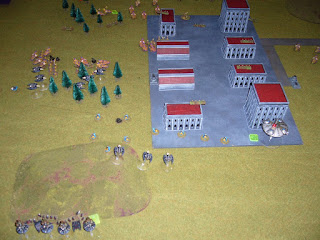 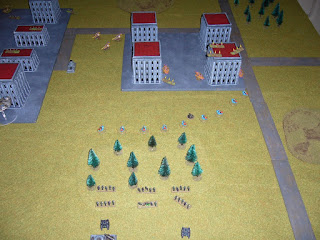 After rallies. Aircraft disengages are catastrophic for the Chaos with 5 of 9 Doomwings being destroyed by 2 Firestorms despite their jinking, invulnerable saves, and the -1 to shooting on disengage moves. Damn. 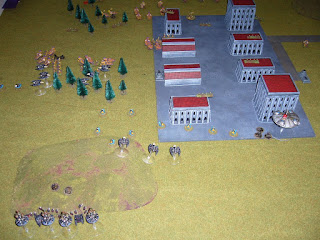 I teleport the Scarab Occult and Chosen near the Iyanden Blitz objective, win Strategy Roll and engage. Disaster. Four chosen are blasted down by overwatch fire from the Wraithguard formation, breaking the formation. Follow up assault from the Occult also loses. 900 points of Chaos effectively neutralised, and now the rest of the Iyanden army is free to do as it pleases.  I usually fight on, but after such a disastrous 'all the eggs in one basket' event like this I decide to concede this one. 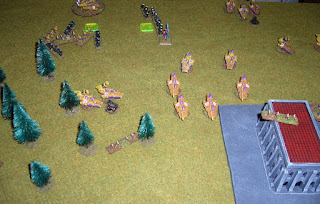 One win, one loss from these games, though in both games my teleport assaults were not fabulously executed. And naturally I forgot to photograph the hard fought turn 4 game rather than the turn 2 lemon game.

The plan in the second game was to knock out the Iyanden backfield of Supreme Commander and 2-3 of the weaker grav tank formations in the first activations second turn. Then take a couple of punches, isolate the Wraithguard and destroy their transports. However the Wraithguard overwatch shooting was accurate, and my saves (admittedly crossfired) were terrible, and then when I did assault I only killed a single Wraithguard stand.  My fault for initiating an over-optimistic assault. Thousands Sons armour is something I've got so used to that I forgot what a crossfire from macro-weapons can do if they manage to hit! And how tough Wraithguard are. Ah well, lessons learned for next time.
at 22:11