A horde of Epic 6mm to add to my Black Legion forces for Epic Armageddon. Black means a nice quick paint job, on quite a mix of miniatures here! 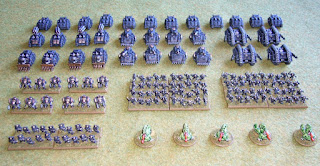 Some old Beasts of Nurgle.

Edenite Assault Troops from Steel Crown, currently out of production but apparently the company has been sold to a new owner who'll be starting up again soon this year (UPDATE 26.02.2016 - now available again here). Keep wanting to do some more to these but they'll do for now. 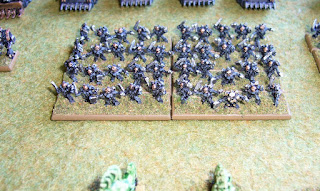 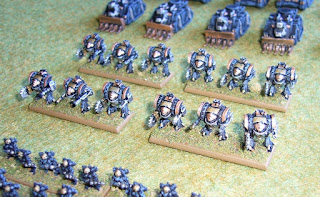 Some conversions of the old plastic rhinos here, to make some Chaos Vindicators and Stalkers/Hunters. 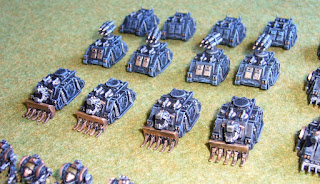 Old plastic Whirlwinds converted into Predator Tanks with addition of a main turret from Ork tanks, and sponsoons are the spare arms from the Edenite Walkers above. 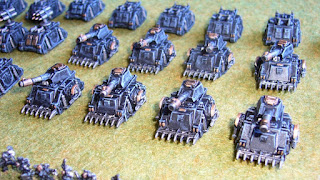 The classic old WW1 style Landraider. And a line of faithful plastic Rhino APC's behind. 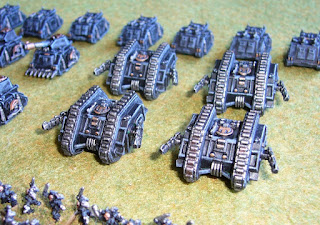