I played a game of Big Battle DBA (BBDBA) vs Brian at the Woolston Club last week. He used his Ottomans and I used my Tamil Indians.

BBDBA uses armies made up of 36 elements, as compared to the usual 12. They are organised into 3 commands each comprising at least 6 elements, and each general gets one die for command points. Before the game you choose one general to get the high die, and one the lowest die each turn, to represent pre-battle planning.

Here's the setup, I was the invader. Lots of elephants bows and blades with Tamils. From the left in the photo, Brian has a line of artillery and bows, and then lots of cavalry and light horse. 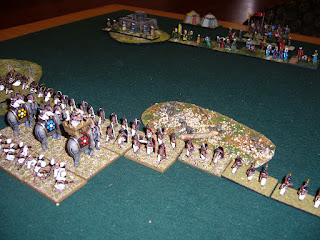 Brian races forward with Light horse and cavalry to try and pin my troops and to get around my flanks. I advance to meet him. 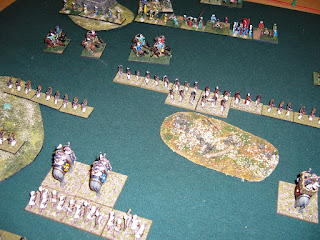 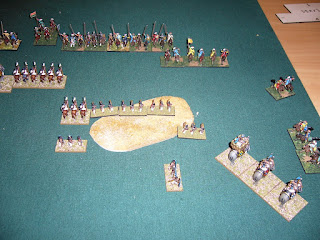 Ottoman artillery kills a bowman with shooting, and then the first Ottoman cavalry charge into bowmen and elephants fails, losing 2 cavalry in the process. 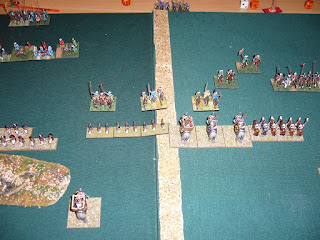 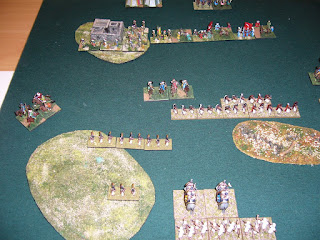 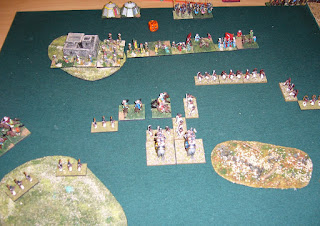 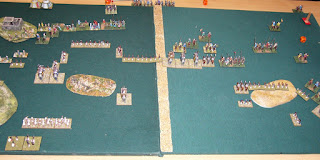 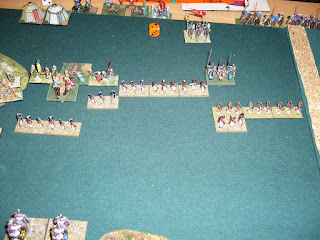 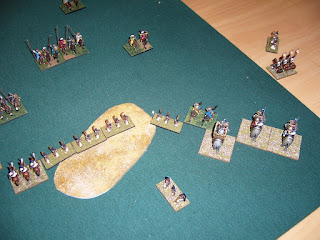 Game over with Ottoman commands shattered.

This was a difficult matchup for the Ottomans with all their cavalry against my bow and elephants. A concentrated charge from cavalry could break through the bow and blade, but I got the drop with deployment being the invader so Brian was on the backfoot from the start. Elephants are difficult to move (2 pips after the first turn), and vulnerable to being outmanoeuvered or countered with skirmishers but it was over too quickly. Blades also made short work of his shooting elements before he could counter them.

Anyway I like the Big Battle version of DBA, as you have the chance to vary tactics much more in designing commands and allocating command die. Also good to get more troops on the table. Will be playing it again!
at 16:10