After a previous mistaken encounter with the Fir Iolarion list where my army was under-pointed, I made sure I brought the full 4000 points this time! Andrew turned up with an experimental marine list (Hawk Lords), using his Starship Trooper minis.

Looking at the Titan force I was bringing, Andrew knew it was going to be a difficult battle... Hawk Lords are mainly Assault Marines and Assault Devastators (Devastator Marines with Jump Packs), plus Landing Craft. Having to close and assault Eldar Titans is a tough mission! 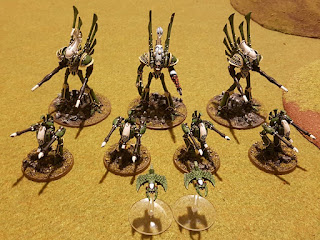 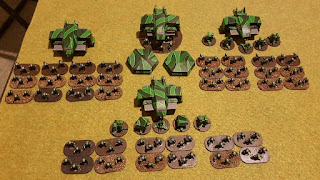 Some new Epic beer varieties appropriate to the occasion, thanks Andrew! 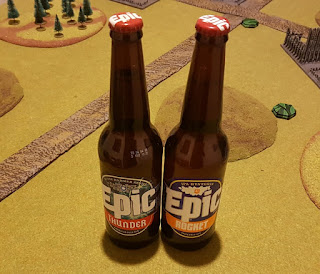 Setup, my Titans castled near my blitz. And no Marines on table! My two take and holds are in top right.  Marines are in centre. 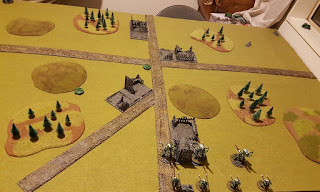 Marines win Strategy Roll and make me go first to waste an activation.  I put a Revenant on overwatch. 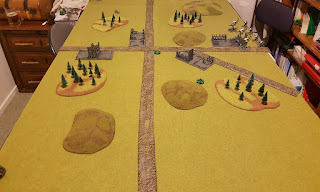 Marines do their first drop and a Landing Craft with Marines and Whirlwinds arrives. I double towards them with the Warlock, shooting and killing a single marine. Return fire from the marines causes a point of damage and knocks out the Warlock's holofield with a critical! 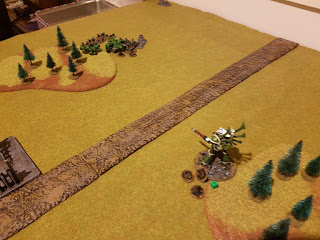 My Phantom doubles forward and blows up the Landing Craft, killing another couple of Marines.

(Note: we decided to make the Landing Craft's critical hit result only hit nearby units on a 6 rather than auto as otherwise the game would be over very quickly, and we wondered if this critical result which seems very harsh was correct...).

The Marines direct more fire onto the Warlock, damaging it further and breaking it, and it falls back. 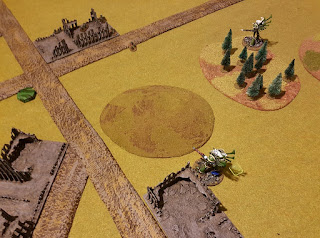 Marines rush forward and fire ineffectually at the Warlock. 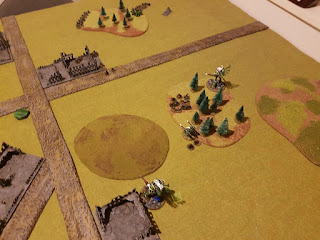 Before another Revenant advances and kills most of them. Fire breaks one of the Revenants in turn and it repositions to the centre of the battlefield. 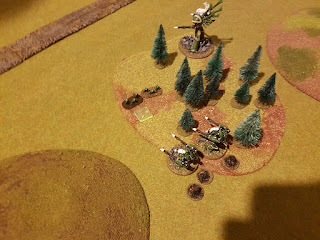 Another drop, right next to my lead Phantom which had been cunningly lured there it seems! The Marines attempt a combined engage, but fail, and then using the Supreme Commanders reroll fail again!! (Double 1).  Disastrous result for the Marines! 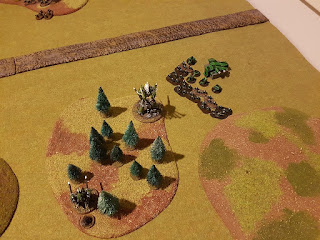 My other Phantom jogs up and eliminates the next Landing Craft. Return fire damages the Phantom and knocks out its holofield. 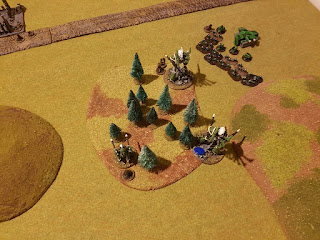 The Marines try two further engage actions against the lead Phantom, but get unlucky and lose both of them, though the Phantom does take a point of damage. 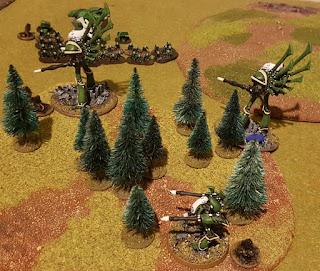 End of turn. The last Landing Craft flies by and shoots the Warlock doing no damage, and the Nightwings miss when they intercept the Landing Craft. 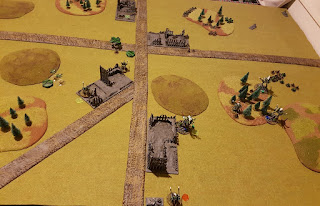 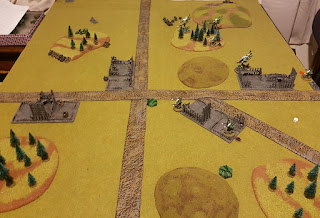 Eldar win Strategy Roll. The two Phantoms sustain fire and eliminate most of the remaining Marines from the drop near them last turn - barring the Captain who failed to order the combined assault last turn, which got everyone killed.  The opposite of justice... 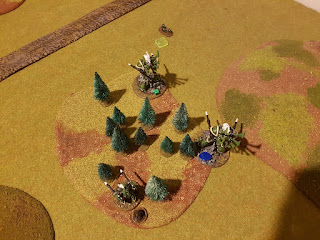 The Warlock is dropped to a single hit point by artillery and broken again. Otherwise though the Eldar Titans jog around shooting up Marine formations pretty much with impunity, and only sad remnants of the Marine force is left. 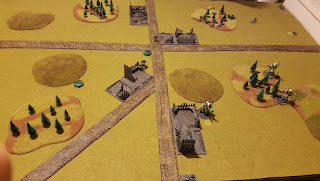 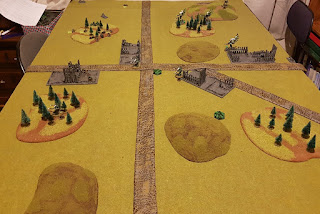 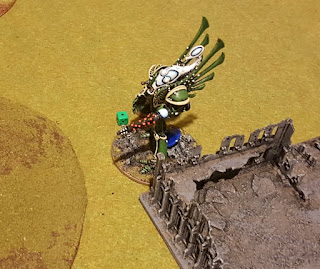 But too late as there is no Marine army capable of resisting the Eldar now. One more Revenant is broken in an engage action, but the Eldar are then free to take objectives.

Victory to Eldar 3-1 with Take and Hold, and Blitz. Marines achieve Break their Spirit for destroying the Warlock Titan. 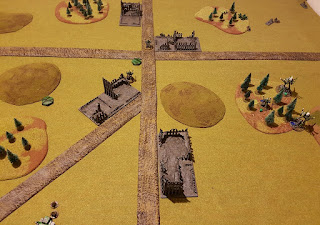 A very difficult matchup for this Marine list, relying on close assault for the most part, against an army that outranged them and had just the right weapons for dealing with them and their Landing Craft. To the Marines credit they destroyed the Warlock and damaged several other Titans! Would they have been better to have taken out the easier to break Revenants and then relied on out-activating? Possibly, but given pre-plotted moves of the Landing Craft, and the larger units the Marines had, they didn't really have that option. Nonetheless an interesting experimental list to see on the table.

Two rule issues I noticed. First the Bonesinger shouldn't have been on the Warlock (would be on a Phantom) as the list has changed since I last used it and I didn't notice. Secondly criticals for Landing Craft seem amazingly brutal, wonder if that is really meant to be the case? Will ask on Tac Command.
at 13:05