Tau start with two Carriers and an Escort Squadron, while I only have a single Cruiser on the table. 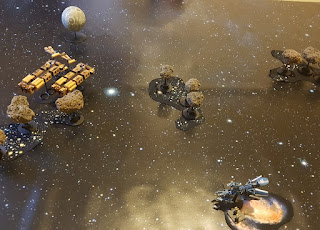 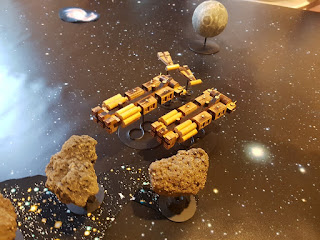 The Tau attack my Cruiser and it is crippled in the first turn before disengaging.  Foolish of me to be so aggressive with it! 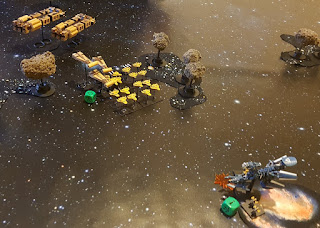 My first reinforcement arrives, the Void Dragon which attacks one of the Carriers, taking it to one point off being crippled in a single volley. 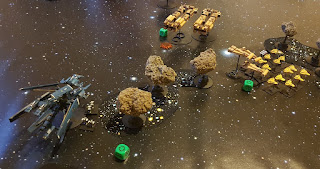 The Tau bombers move to intercept! My Dragonship takes two damage as return fire and bomber attacks impact, and then it disengages. 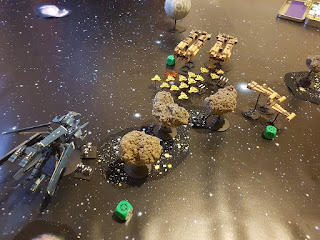 This leaves the Tau forces alone on the table for a turn! Their damaged Carrier also disengages. 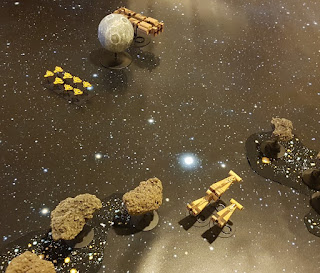 But reinforcements rapidly arrive, with luck of the dice meaning they show up in concentrated force on the same table edge! 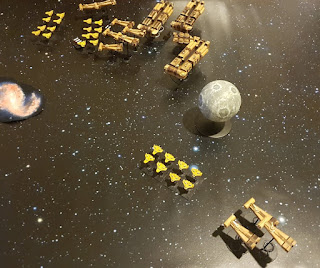 My Shadowhunters arrive and fail miserably to eliminate two bomber squadrons despite being on "Lock On" orders! 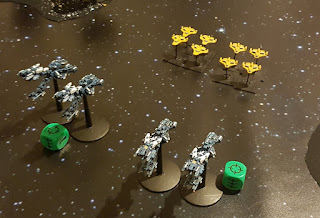 Another Cruiser Squadron of mine arrives near the main Tau fleet and "All Ahead Full" is ordered to take them out of bomber range for the turn.  Tau bombers destroy a Shadowhunter squadron.

With my last Cruiser Squadron arriving, I decide to launch one last strike on the Tau fleet before disengaging, hoping to cause significant damage and survive the remaining counterstrike before another bomber wave is launched. 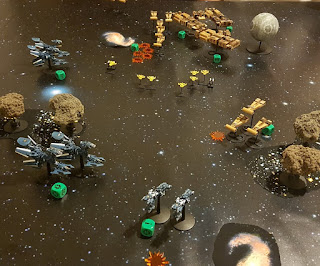 I manage to destroy 3 of the Orca Escorts, but another Cruiser is crippled before I disengage. Tau win by about 270 to 65 points. 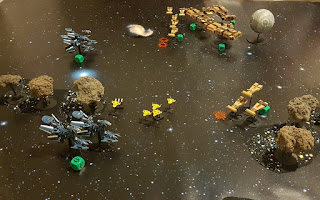 A well played game by Andrew as usual, helped by some fortuitous dice rolls for arrival location of his reserves. With the Tau fleet managing to achieve concentration for most of the game, the advantages this scenario tends to present to the Eldar on average were not present. With inability to hit and run against more isolated Tau units, I struggled to achieve much. I also threw away a first Cruiser rather senselessly, and was perhaps too impatient in attacking before I achieved my own concentration of force.

Last but certainly not least, in addition to the ships used in the battle, Andrew has added all these extra units, including Orbital Platforms, Merchants, and assorted extras! Impressive construction capacity! Some interesting scenarios await. 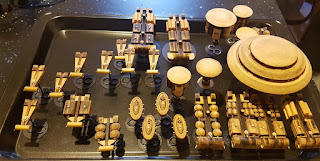 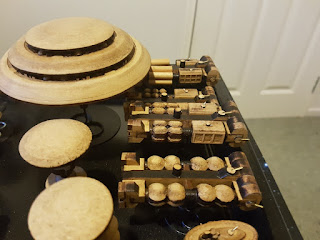 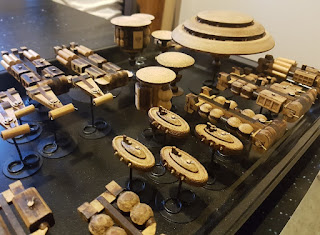 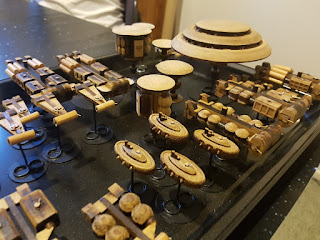 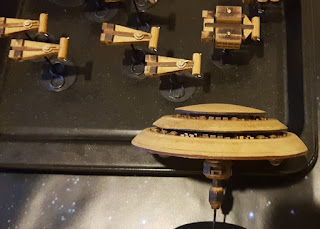