Another game using Fir Iolarion, this time with the new 4.2.6 list released the same day. 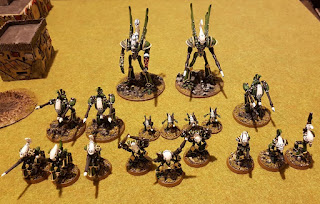 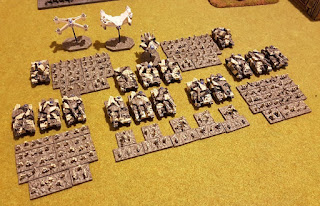 Setup as below. I'm spread out to try and minimise barrage effectiveness. 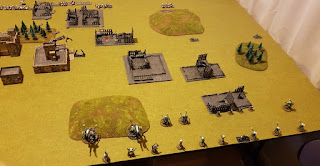 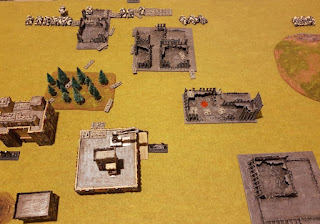 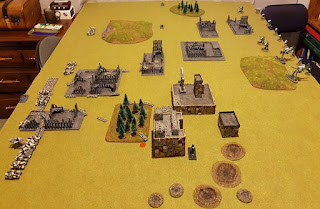 I win Strategy Roll, but let the Skitarri activate first. They fire off their Ordinatus one shot 10BP (!) barrages and break both my Phantom and Warlock, though do not damage them. The break move is forwards to ruins for both these Titans.

The Eldar move forward under a barrage of fire, taking many blastmarkers and one of the Revenants also loses its holofield. Two Knights with Wriathcannon are also destroyed. In return the garrisoning Sagitarri and Rapiers unit takes heavy casualties and fall back. 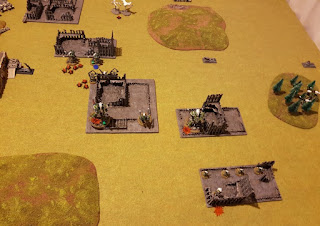 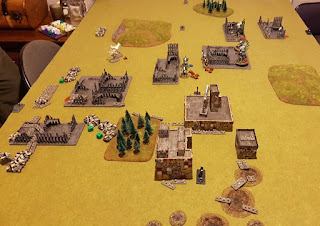 Rallies will be crucial for the Eldar! 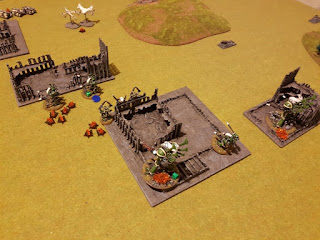 And fortunately the rolls are good! 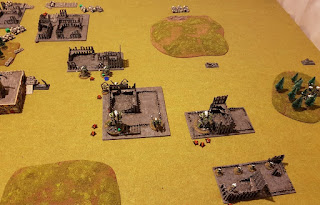 Winning Strategy Roll again, the Warlock assaults a Hypaspist unit in a firefight intending to win and consolidate towards the Ordinatus ready for a followup assault. This goes disastrously though, partly due to not being able to get enough of the enemy in range (only three stands), and also with the Warlock taking a point of damage, losing its Holofield and loses the firefight! 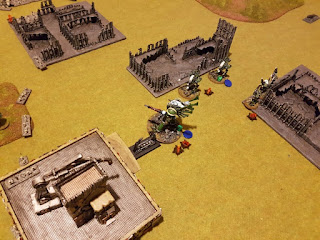 The Warlock falls back, and Revenant pair and Phantom wreck a three strong Ordinatus formation in a third retain. 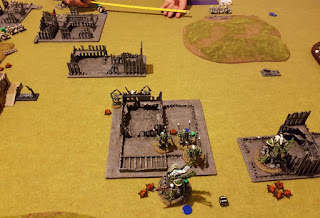 After some long range macro barrages from Ordinatus, the Eldar try another firefight with Knights against the weakened Hypaspists, but this is another loss and the Knights lose one of their number, take damage on another, and retreat. 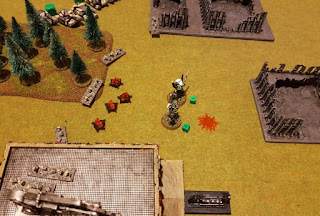 Things look grim for the Eldar at the end of turn 2! 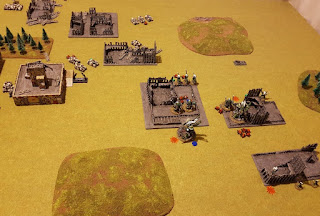 The Eldar rally again, but the Skitarri win Strategy Roll and consolidate their position into an unassailable lead by destroying the weakened Warlock Titan and having too many activations remaining. I concede! 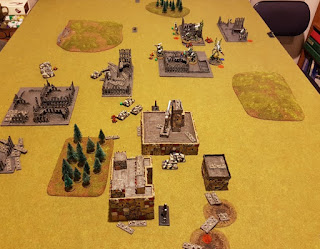 A tough matchup with all the incoming blast marker suppression first turn. I needed to not panic and time targets better from turn two onwards. However the thought of all the slow firing but deadly Ordinatus weapons (plasma destructors) being recharged for turn three encouraged urgency and calculated but risky assaults turn two. These didn't pay off though even if they had it still would have been a very tough fight! Likely I would have been better to hang back, concentrate more on maneuver and shooting despite the danger. Skitarri is still an list in development so who stats may change for future games also.
at 17:06