Another game of Battlefleet Gothic at long last! Played on New Years Eve, only just got around to posting it though.

Mike used his Imperials and I used my Kraytonian (counting as Craftworld Eldar due to the big sail things). Can't remember exact fleets but here's some pics and comments.

Small table, especially so given crowding with beer and chips. 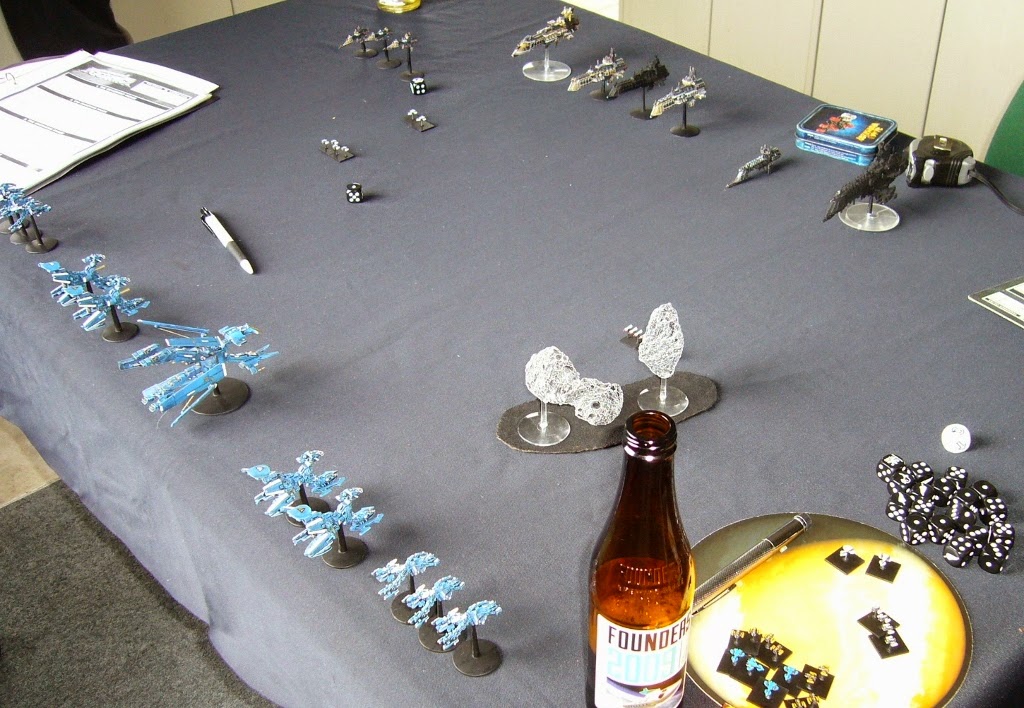 I swing around to the left, away from Mike's Battleship, aiming to pick on the weaker shps before the big one can get into action. 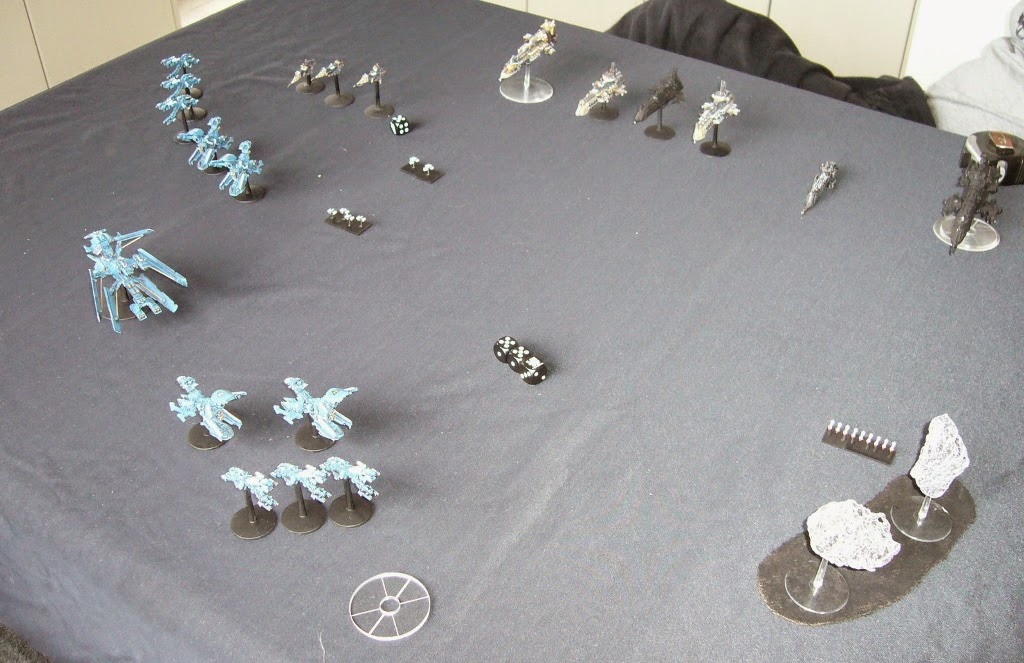 I start by concentrating fire and blowing away his escort squadron. 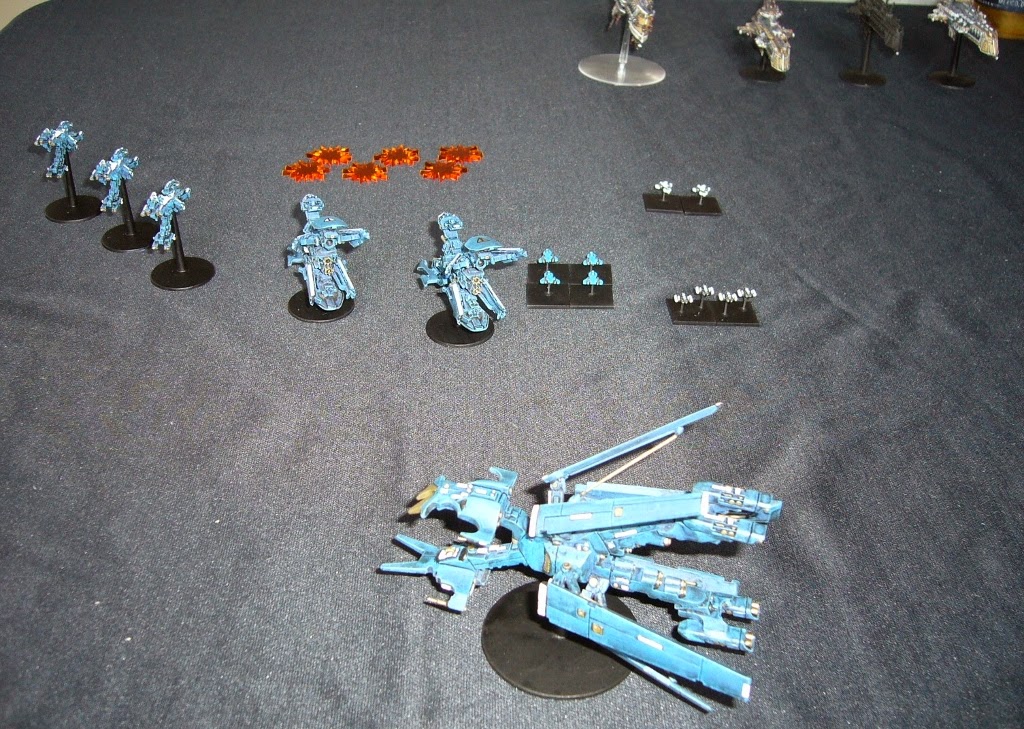 But then Bombers hit one of my Cruisers and destroy it! 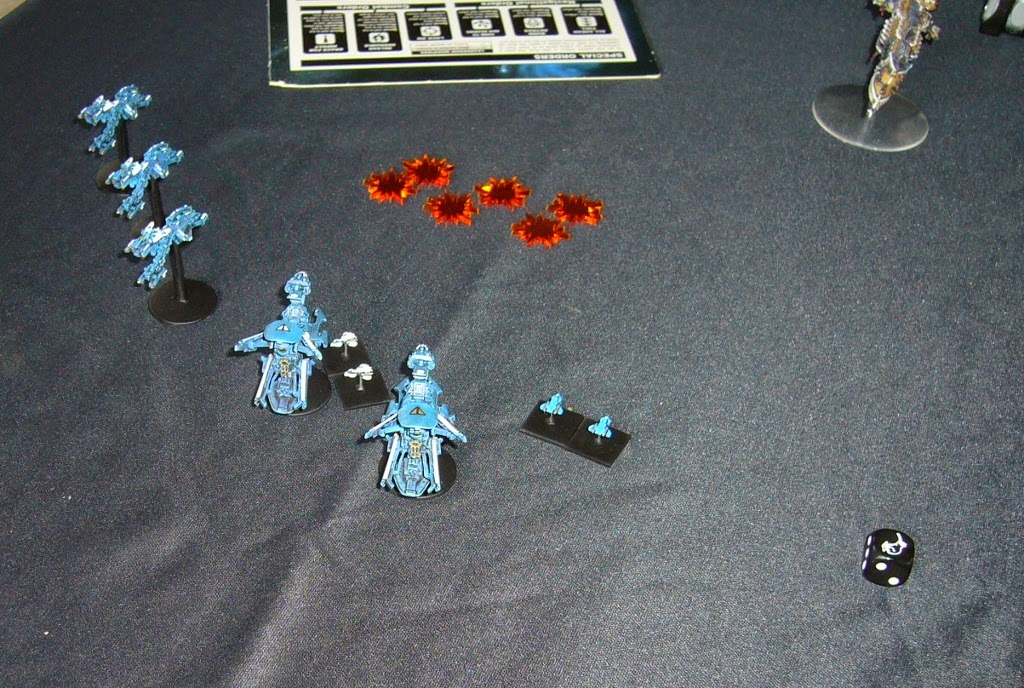 The Imperials advance but do little further damage at this stage. 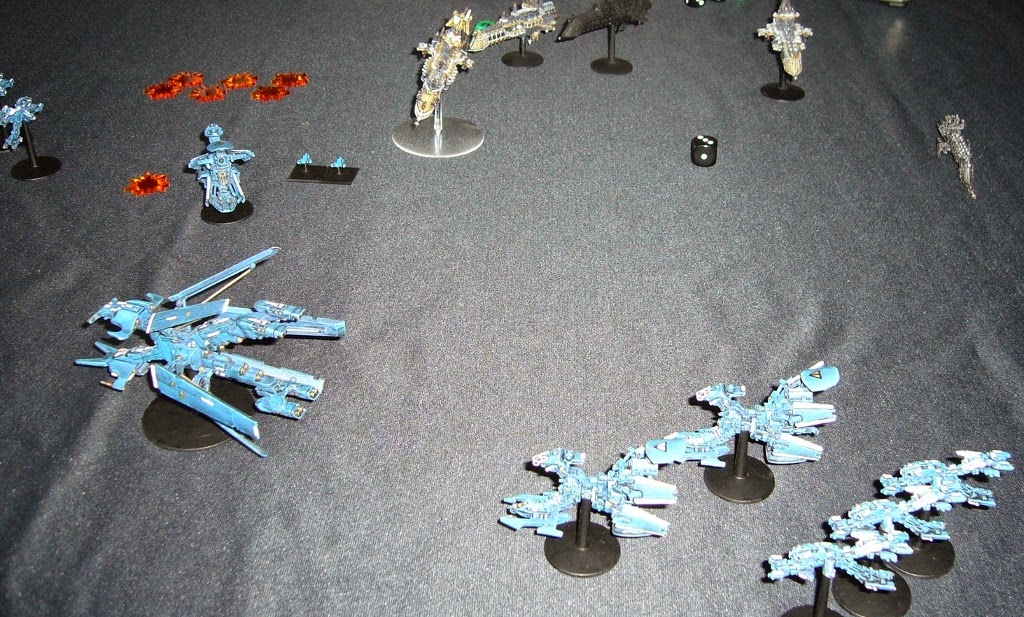 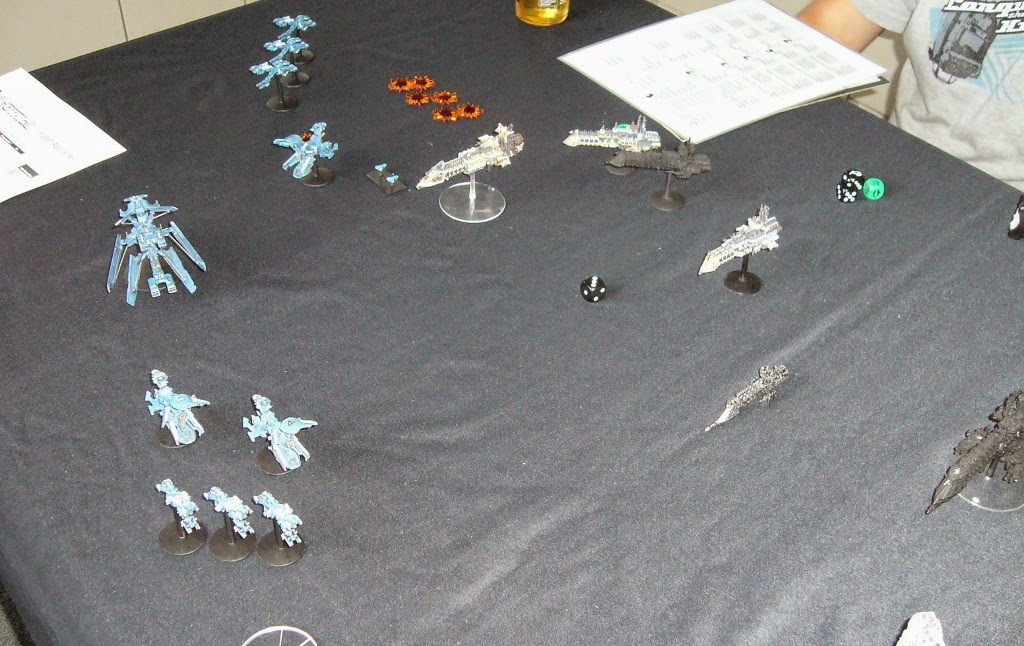 My ships concentrate fire on the flanking Imperial ships. 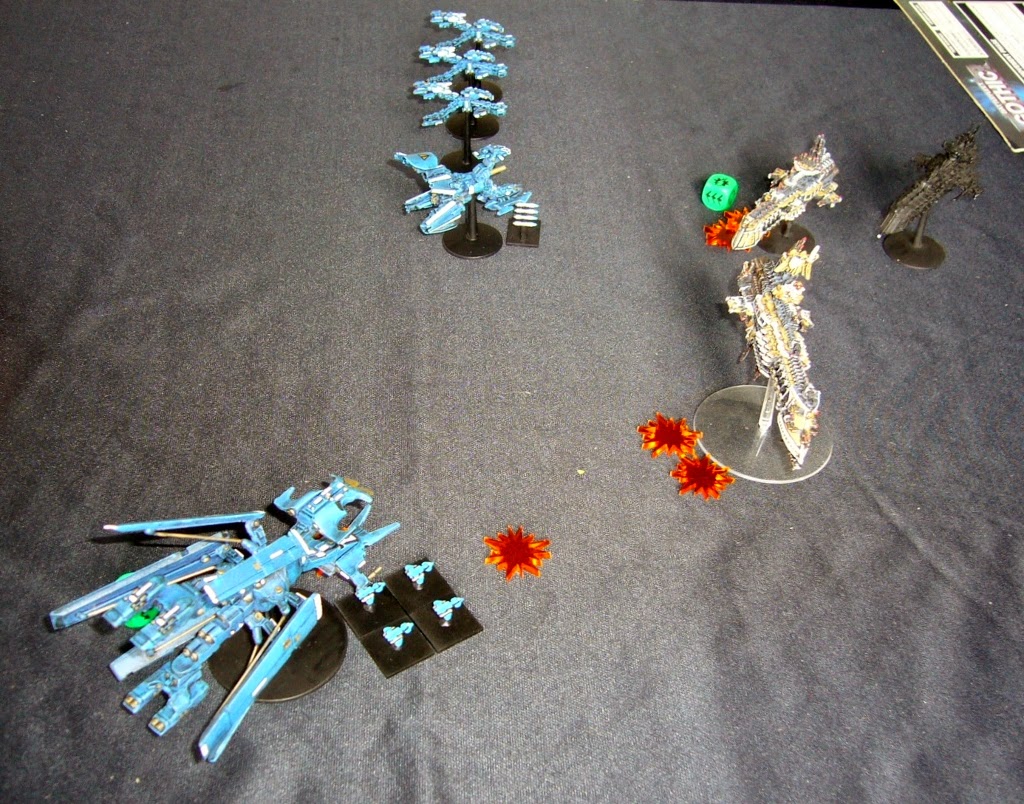 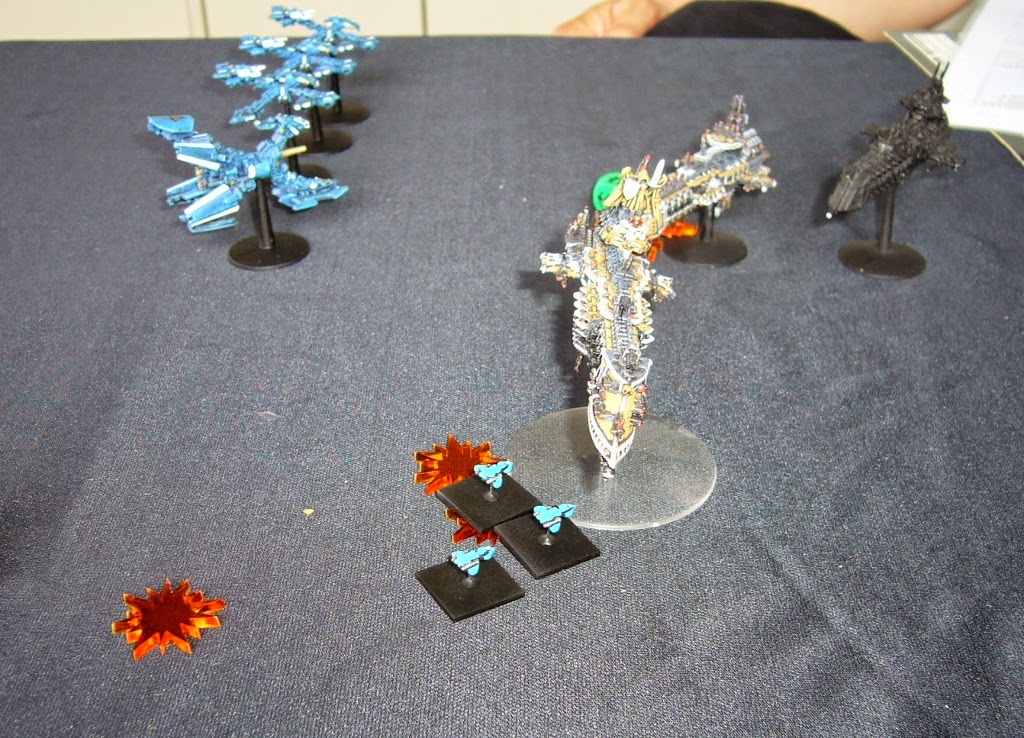 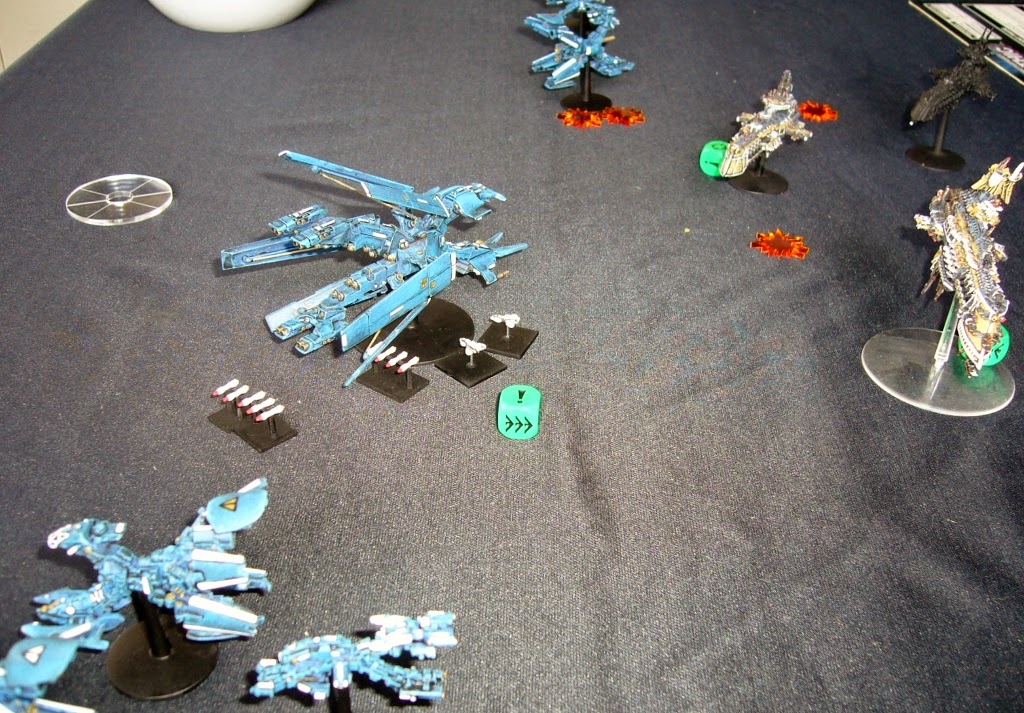 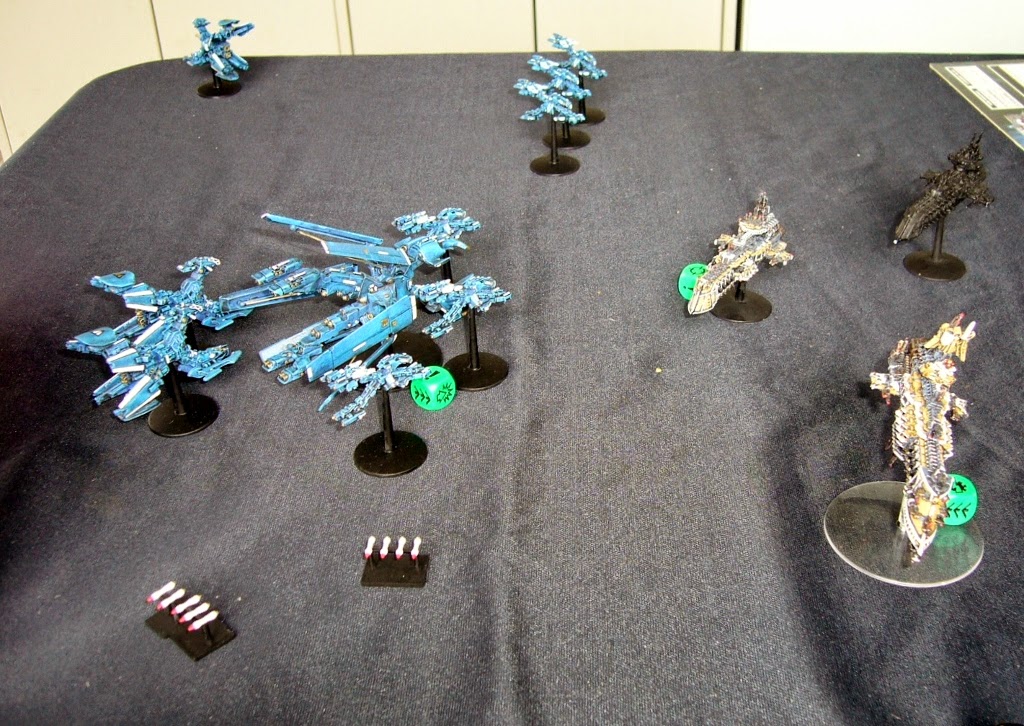 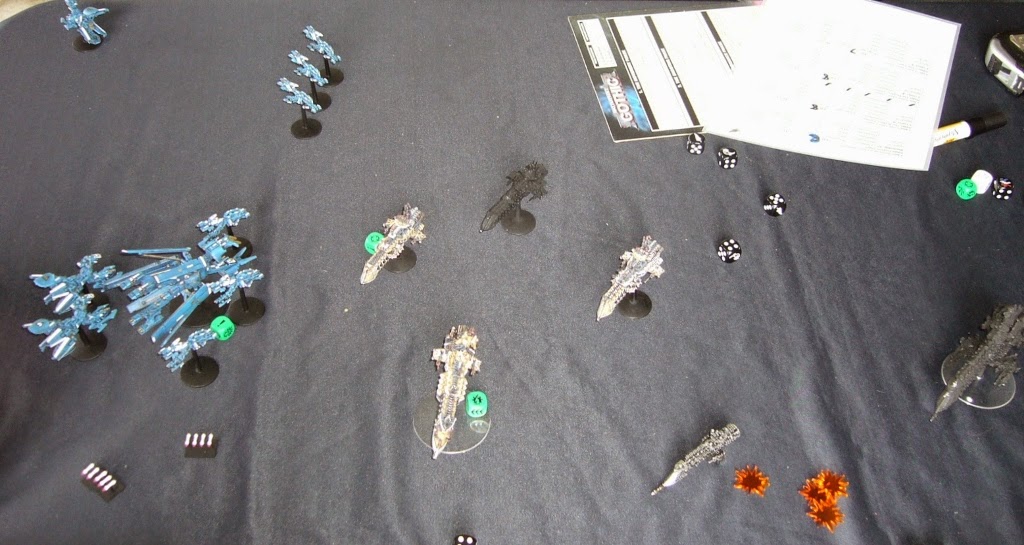 First Imperial Cruiser destroyed, but the Eldar flagship is damaged! 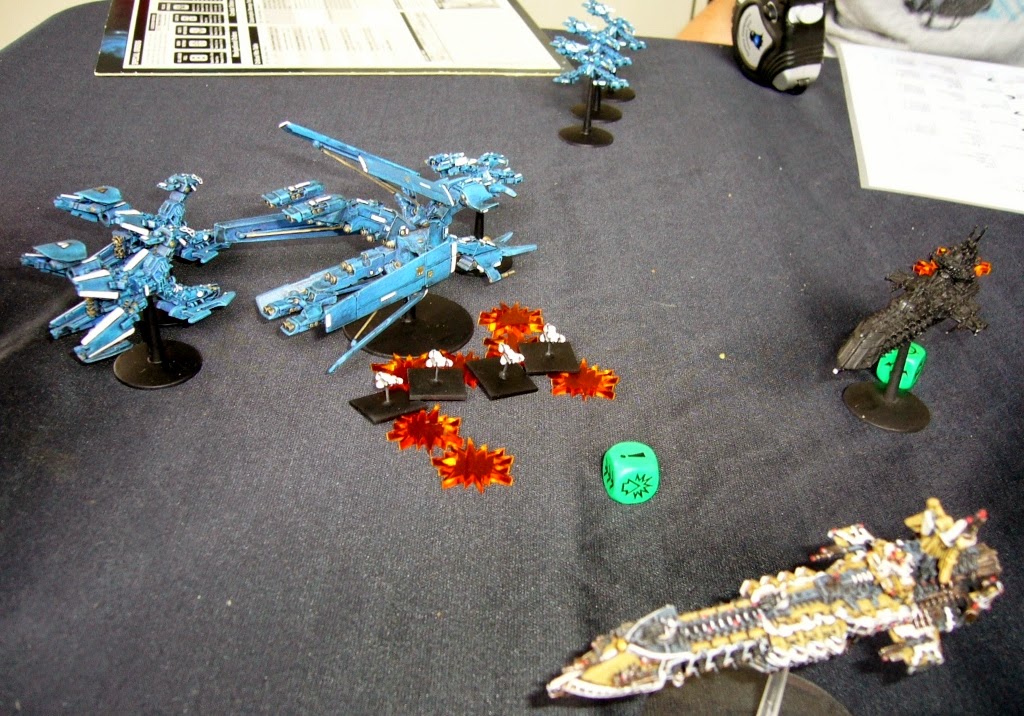 One Eldar ship disengages, but the Flagship is destroyed. Eldar Cruisers fire torpedoes which blow up another Imperial ship and damage another. 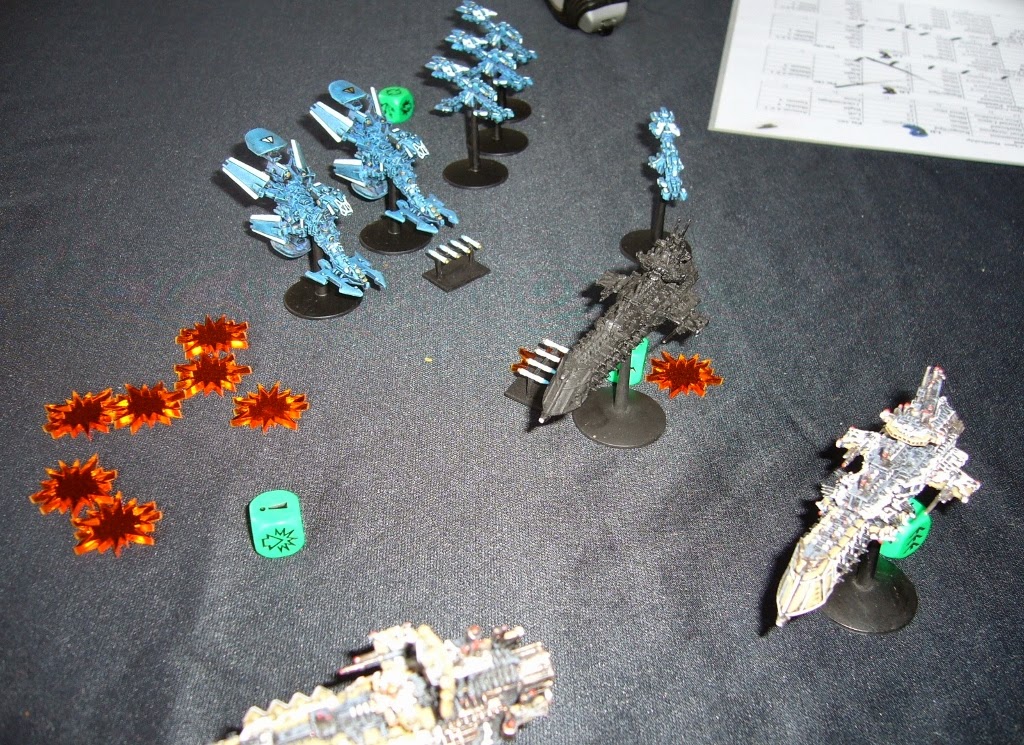 The Imperials concentrate their fire and damage another cruiser.

Eldar are too few but don't give up... 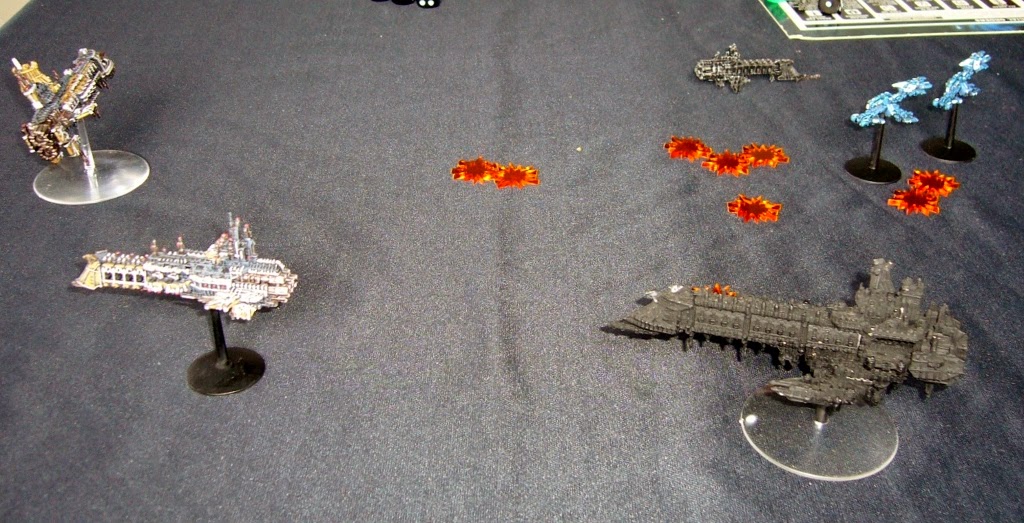 Well done Mike. Great game, though we really need to use a bigger table!
at 13:55