Epic Armageddon is a 6mm Scifi game (originally by Games Workshop) now grown by an international community of players, with a central resource site at www.net-armageddon.org.

In recent years several 6mm Sci-fi companies have produced figures that make great units for the game, and mean that new players can get started easily. The following are 'Defeat in Detail Skinnerz', that I am using as Orks for Epic Armageddon. They are available from Vanguard Miniatures who recently purchased the line.

These Trucks are probably my favourite of the Skinnerz models so far. They come in packs of 4 with 4 different tops and 4 different wheel bases, so mixing them up you get 16 different ramshackle trucks. 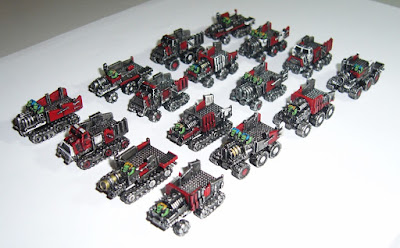 For all these models I went with simple painting scheme. Undercoat black. Drybrush gunmetal, and then drybrush some silver. Paint some red bits, paint some white bits. Paint the crew and then wash the whole thing with Dark Tone ink from Army Painter. Pretty quick, which is what I want when I'm painting a lot of them! 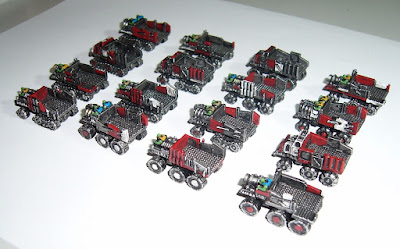 I might add some brown wash later to rust up bits of them, as I notice the metal looks pretty pristine in these photos! 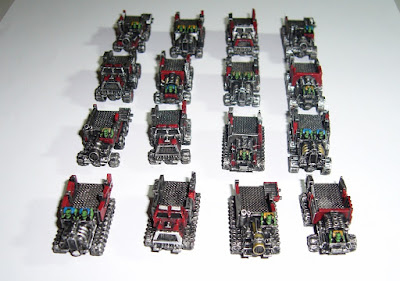 Next are Flame Vectors. 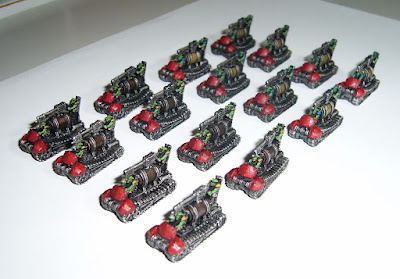 Huge fuel tank and flamethrower on tracks, what could go wrong? 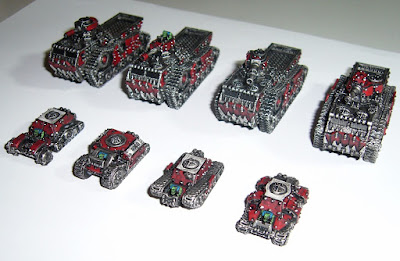 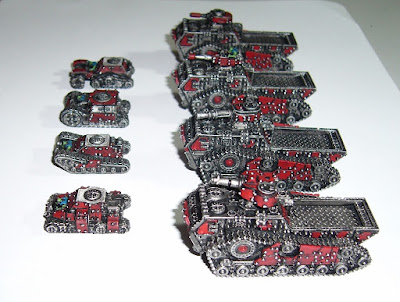 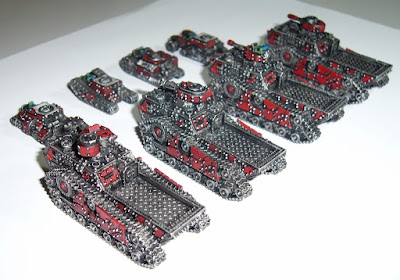 Here's all the Skinnerz (Orks) painted so far. 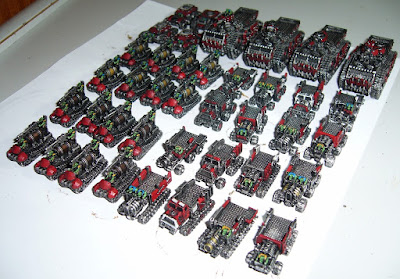 And lastly some Novan Light Walkers, that I will use as Sentinels with my Imperial Guard. 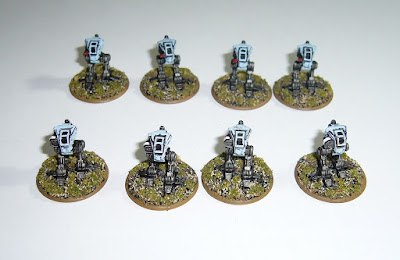 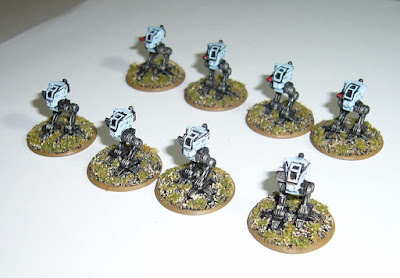 Note: This is a duplicate post of that in the Analogue Painting Challenge.
at 08:50