After the previous glorious ork victory, I decided to give the Speed Freaks a run. Andrew turned up with a new Tau armoured list. We also used a new chess clock I had bought to help speed the turns along which worked nicely :)

Here's my Speed Freaks list, not as many skorchas as I'd like, but all I had! I also tried lots of Mekboy Speedstas. 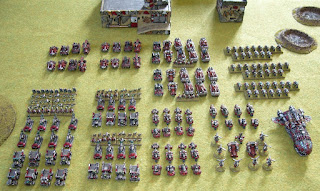 Andrew's Tau brought the Tau Armoured forced along. Orca's were subbed in to represent Scropionfish. 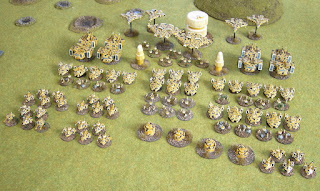 Andrew won a Strategy Roll for deployment, and chose corners. Here's my deployment in bottom left corner, struggling to fit all the Freaks in!  Scout warbikes strung out along centreline. (In centre top is the chess clock). 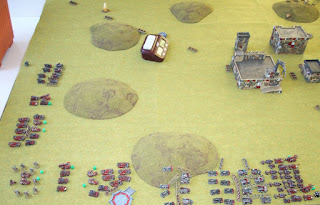 Tau is set up deep in their own corner, with a few scouts forward on the short table edge. 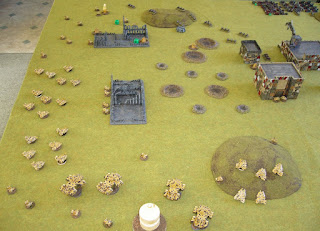 Overview of the table. 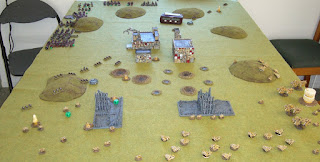 First photo taken after first few activations. The ork screen has been knocked back by guided missiles, and I'm struggling to do much in return. 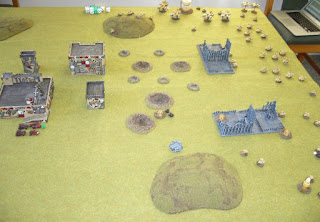 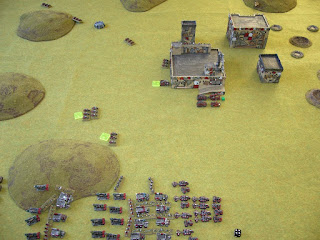 But the orks keep on attacking... 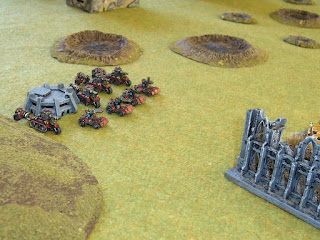 ...and keep being knocked back. Another Kult of Speed is nuked as drones are dropped off by Tiger Shark bombers. 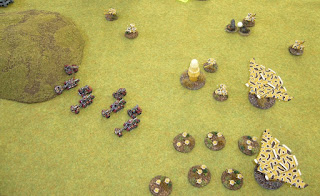 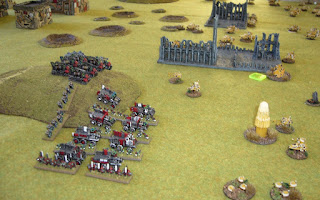 Slightly desperate landing attempt with Landa... into range of a Skyray, Tiger Shark AA and fighters. 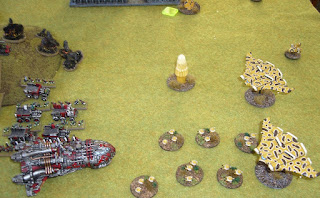 All the Landa's AA turrets miss the fightas... 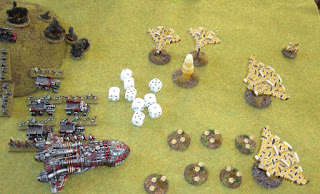 And the Landa is destroyed (just) along with the Kult of Speed it is transporting... 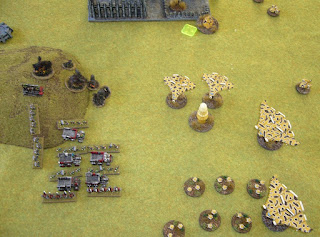 End of turn and orks have suffered very heavy casualties already. And units in the backfield have been doubling just to try and get in range. 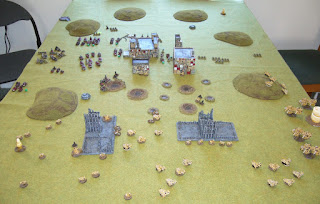 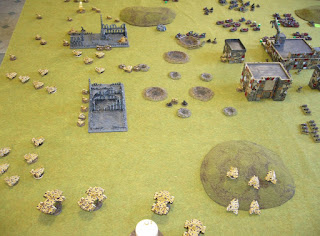 Fortunately Andrew had brought along some nice brew to alleviate the pain. Epic Armageddon beer, and Epic Observer beer which suited the theme of all those annoying markerlighting Tau observer units! 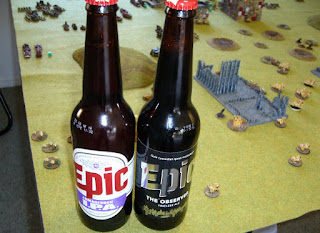 Next turn, and the Orks wipe out a Tau recon unit and take the centre town. 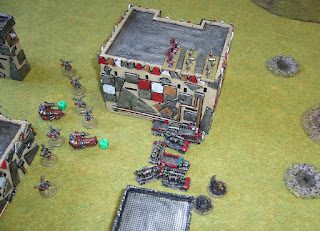 And Orks engage and wipe out the Tau drones in the bottom right of the field. But return fire drives back even more ork units. 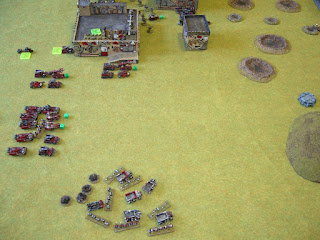 The Tau take the opportunity to pick on all the Ork light vehicles, using their massed anti-personal fire to good effect. 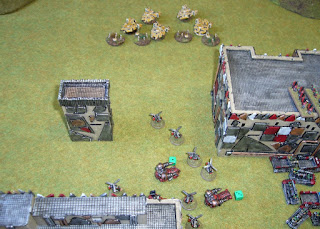 Tau get cocky and advance armoured units into the centre of the ork line and keep knocking over the infantry and light vehicles. 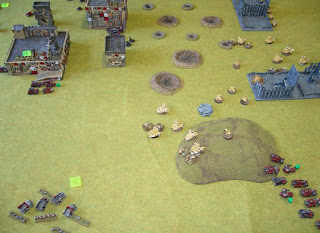 I've destroyed most of the Tau screening units, but my army is shattered. 8 formations that are mostly down to single units, other formations eliminated and only my 4 gunwagon formations left.... 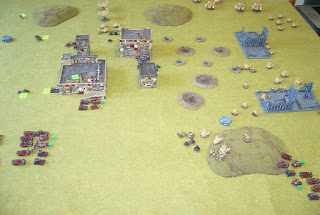 Given the hopeless situation I concede and race away to fight another day... 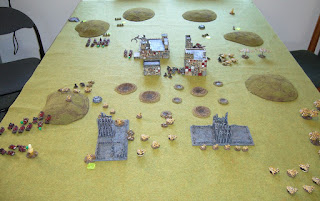 Terrible game for the orks! The corner deployment meant I had a long way to drive to reach the Tau, and yet I had to engage or be shot to pieces. However I could have avoided feeding my forces in so piecemeal and having them gunned down one by one. I should have concentrated and then engaged in turn 2 or 3 rather than doing what I did, which was to attack aggressively right from the start. Some non-intelligent target selection from me at times to. Still nevermind, all a learning process! And as the orks say: