Here's what I have been working away on over the past couple of months. A 28mm Ancient Macedonian army for DBMM and Big Battle DBA.

All infantry are plastic Victrix figures from their Ancient Macedonian and Ancient Greek range. All mounted including elephants are metal Aventine Miniatures from their Pyrrhic range, with the exception of the horse archers which are Warlord. I originally had some other Warlord figures, but found them disappointing in terms of sculpting and size and so replaced them with more Victrix and Aventine. Both Victrix and Aventine are great figures, lovely to put together and paint. Transfers are Little Big Men Studios range, from Victrix. Lances and spears on the metal figures are wire pikes cut to size, from Aventine/Warlord. 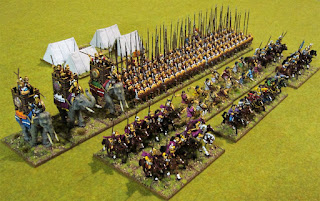 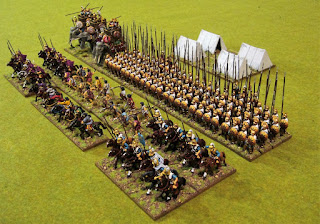 The Phalanx. Suitably imposing! Make sure you glue your pike arms reasonably straight up and down when assembling these new Victrix figures so they rank up nicely! 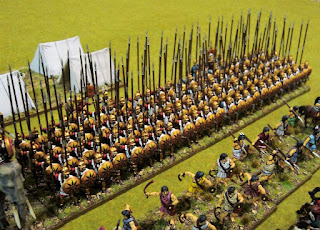 All shields in the army are done with Little Big Men Studios 'transfers'. If you get these make sure you read the instructions carefully! Paint the shields white (not bronze as I did first time around!) You have to cut the pattern out, then you pick off a plastic backing and stick them on the shield (they have a sticky side). You then wet the paper back and press the transfer into place, and slide off the paper back. Not as bad as it sounds once you've done a few and probably easier than the old water slide transfers. Still a few bad words were said as I did the first of them, knowing I had over a hundred to do! 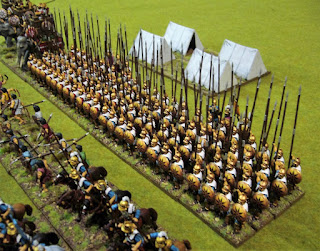 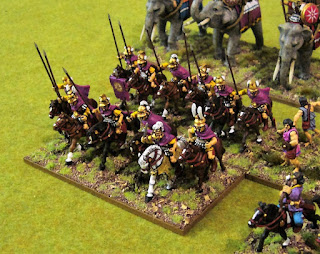 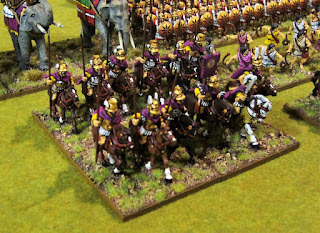 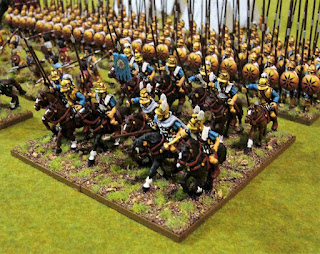 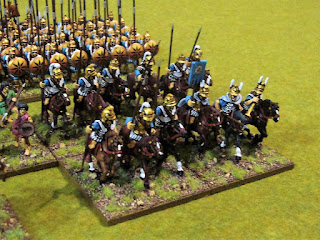 Light Troops. Horse Archers in Front. Slingers and Javelinmen behind. 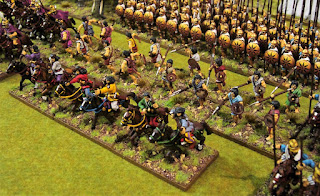 And of course, some elephants. 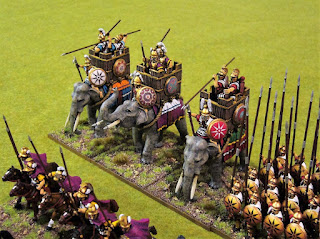 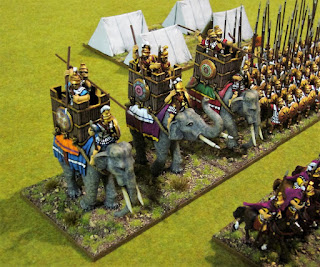 And some quickly done baggage. Tents and campfire from Renedra. 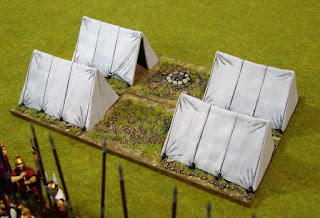 I've even got the measuring sticks ready, which I've had ever since DBMM 1.0 was released. We are up to DBMM 2.1 now, and DBMM seems to be getting more popular here in New Zealand. Big Battle DBA is a simpler version.

That's all the army that is painted up so far. I still have boxes of Victrix Greek Mercenary Hoplites, Peltasts and Hypaspists, and a few more Aventine cavalry to add. But this painted force is already plenty to start playing some games, starting with a Big Battle DBA tournament that's just got underway this week. Good times.
at 22:28