Another game with my Eldar vs Andrew's Minervans. I used Biel Tan this time, taking two lots of Revenants, plenty of platforms and some newly painted (old edition) war walkers. 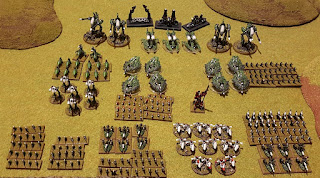 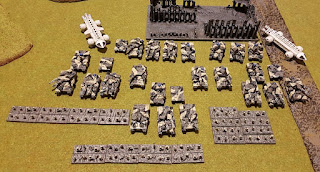 Here's the setup, both of us with infantry garrisoned foward, and tanks and other units behind. My new war walkers garrison a wood in the centre of my line. 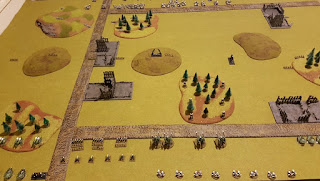 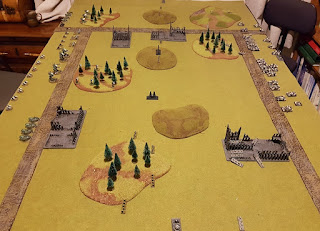 I win the strategy roll and my Snipers open fire killing some Stormtroopers, and my War Walkers also double and shoot at them placing a blastmarker. My Jetbikes engage out of the gate and wreck the Stormtroopers with a clipping assault and good rolling. 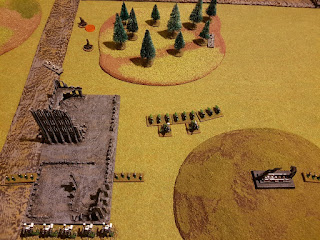 My Warwalkers are targeted by tanks, killing all but 1 of them, which dies tripping over (rolling a double one) as it flees to a wood. Not a glorious outing for the eggs on legs. 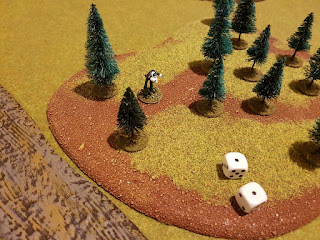 Both of us start concentrating on (my) left flank. Two shadowswords also go on overwatch to interdict my Revenants should they expose themselves. My Revenants take fire but are saved by holofields and manage to kill two superheavy tanks thanks to criticals. 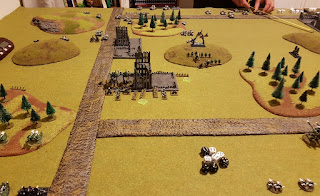 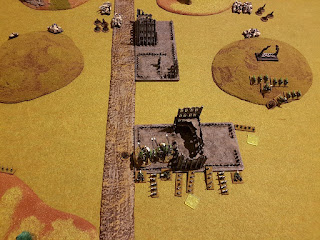 Bottom of picture is my Guardian with Wraigthguards formation, which was mangled by Manticore Artilllery in an opening salvo. I should have moved them to cover as an initial move, and it was a big mistake not to do so. 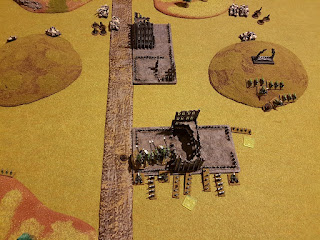 On my right, the Minervans advance some heavy tanks to support their infantry. 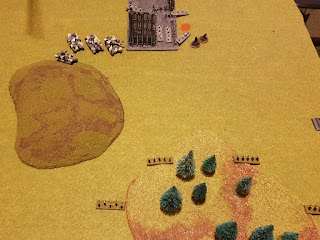 On the left, I sweep forward with Fire Warriors hoping to win the turn two strategy roll. 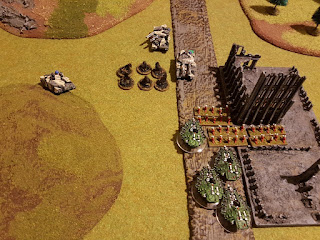 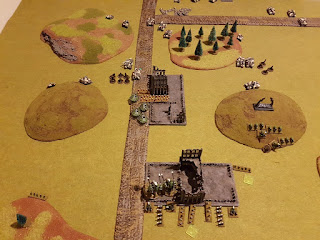 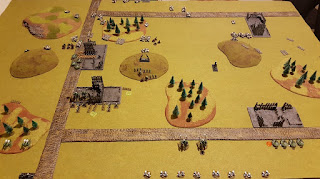 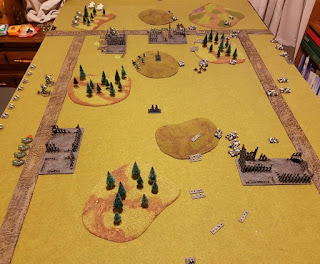 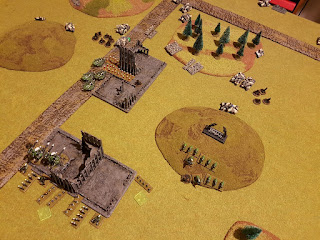 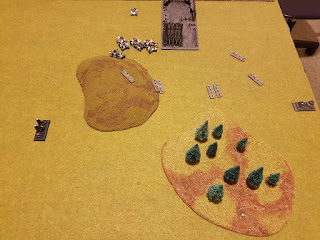 I lose the Strategy Roll! Stormhammer Super Heavy Tanks blast my Firewarriors before they can activate. 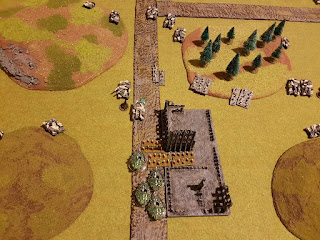 The Firewarriors lose 6 Aspect units, but no Wave Serpents and fall back to my Blitz broken. A Revenant formation is also broken by tank fire. 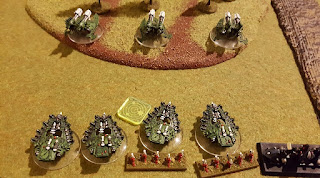 My summoned Avatar heroically engages another formation of Stormhammers, and thanks to them already being suppressed and more lucky rolling he kills one and breaks them. 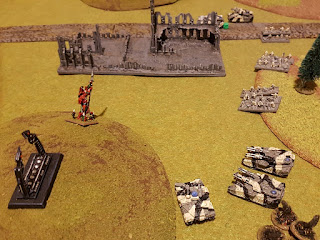 The Avatar consolidates into firefight support range of Stormtroopers, together with some Guardians, and the Jetbikes break the Stormtroopers too. 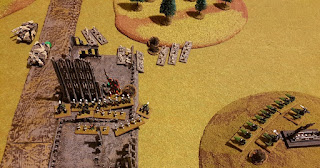 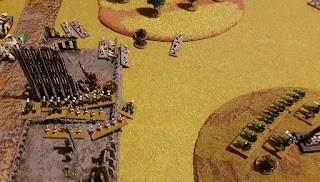 The Minervans continue to advance though. 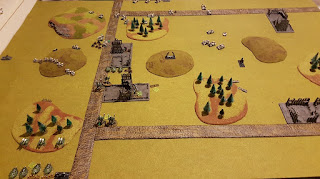 End of turn and the Minervans rally most formations, while I fail to rally mine. 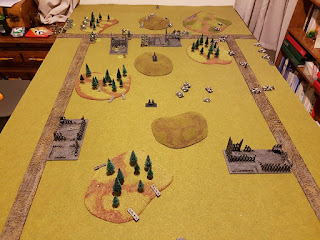 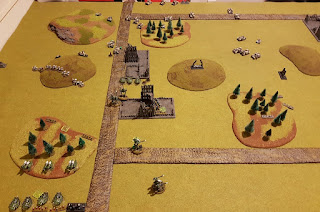 I win Strategy Roll, and my Shining Spears assault the Minvervan Stormhammers. I win the fight technically but both our formations are broken as I've taken too many casualties. I have very few activations left, and I'm in trouble. 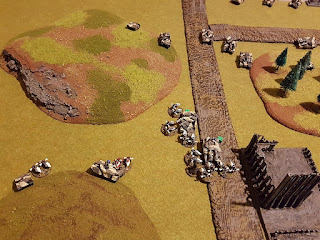 The Minervans continue to push forward, and in one last desperate attempt to stop them my last Guardian formation assaults out of the gate towards some Stormhammers. It goes very badly, as was predictable... 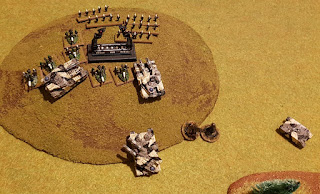 With no unbroken formations left, and my Eldar unable to even get over the halfway line, the Minervans have won taking most of the objectives! 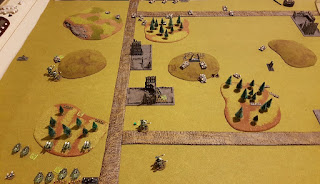 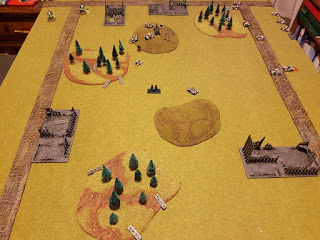 One of those games where I did many things wrong. From getting my guardians shelled in the open turn 1, to assaulting Stormhammers (superb close support tanks) with Shining Spears/Guardians, to moving transports to positions where they could be shot too easily.  Combined with some poor rally rolls and failure to win Strategy Roll on turn 2, Andrew just had to play competently to win. He played well though and mopped up my Eldar by early turn 3. This despite me also having luck on some early engage actions and with critical rolls against his tanks which were blowing up more regularly than they should. Anyway well done Andrew! :)
at 22:26