Local Sam generously offered to use her Chaos force against me in a learning game of 40K 8th edition today. We had 47 power level each (about 1000 points). We played the starter scenario "Only War".

Here's deployment. There are 4 objectives (the black dice), each worth a victory point each turn you hold it (to hold it you have to have more models within 3" of it than the enemy does). 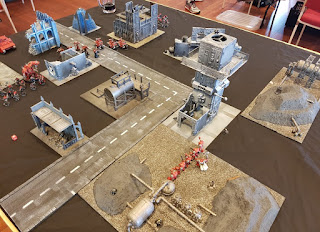 I deploy only the Captain and one squad, waiting to see where the Chaos goes so I can teleport in the other two squads in reaction to them. 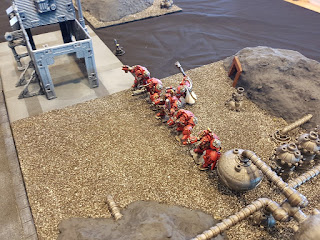 Sam's Chaos Cultists and her Hellbrute, with Chosen and Bikers in background. 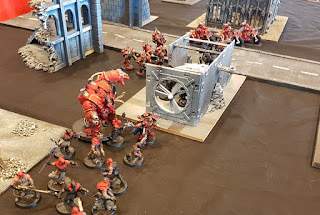 Sam moves first and all her Chaos moves forward. All her shooting bounces off my Terminator armour, but she gains one victory point. 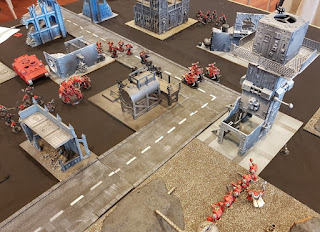 My turn, I decide to just try and hold the line, and teleport in my two other squads nearby. 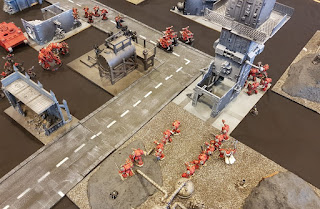 My two Squads and the Captain shoot down one of the Cultist squads killing them all. 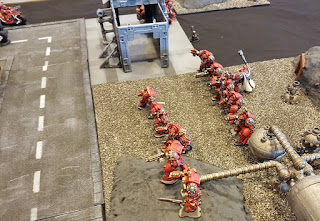 And my Hammer Terminators (Hammernators?) charge the bikes, and manage to wreck one of them for no loss. I gain one victory point. 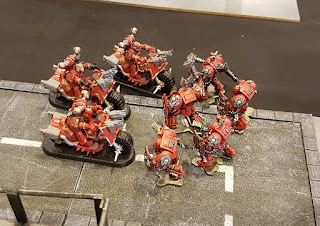 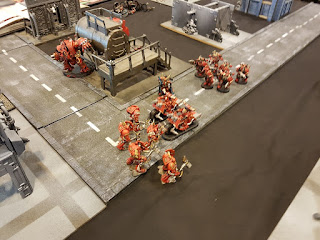 The Raptors fly across to the tower... 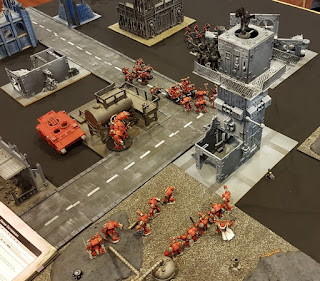 ...and swoop down and attack my Captain, though he kills one with overwatch. 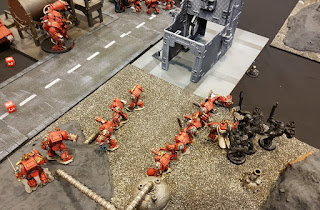 The Chaos gang up on my Hammernators. 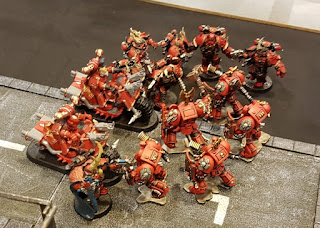 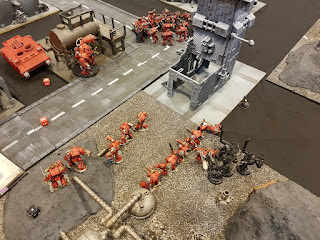 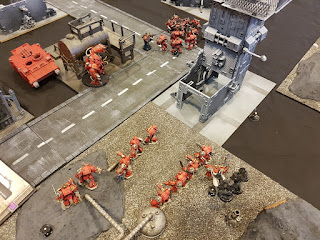 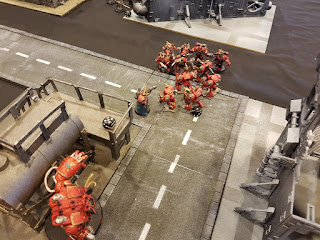 The combat continues, my Hammernators managing to swat down all the Chosen, but then losing two of their number as the Chaos Hero's join the fray. 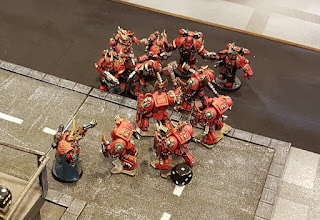 I realise I need to move and capture objectives, as the Chaos are capturing two per turn and I'm only getting one. I try to charge the Hellbrute but fail. It kills another two Terminators and I damage it with return fire. 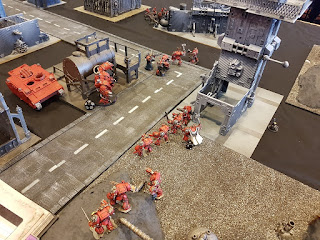 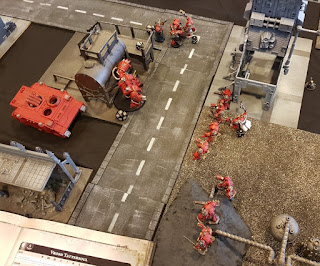 I charge another Squad in to help the Hammernators, and Sam throws her Cultists in too. But my Hammernators and squad are cut down, mainly by the Power Weapons of the Chaos Heros. My Captain kills the Hellbrute though. 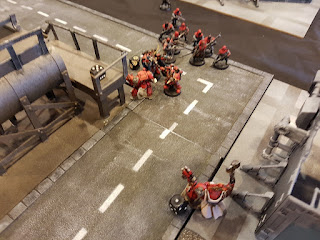 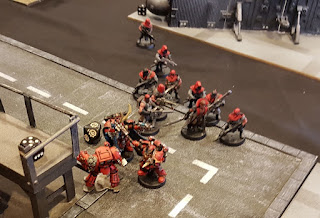 Somehow I've gone from having lots of invincible seeming Terminators to only 4 out of 16 left... Chaos have also lost heaps but they have been holding 2 or 3 objectives each turn and I've only been holding one. Oops. 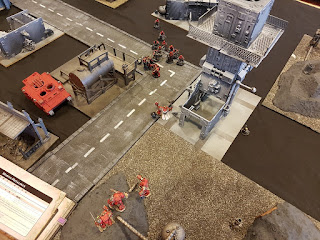 My Captain manages to kill the Chaos hero, but it's not enough to turn the tide, Chaos win on 10 victory points to 6. 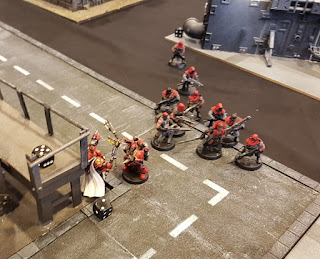 Thanks to Sam and her Chaos for the game! In the first two turns I was almost feeling bad at how easily my Terminators seemed to be annihilating her units and thinking it would be a walkover... But then over the next three turns Terminators were falling and she was getting lots of victory points for holding objectives too. I realised it wasn't going to be so easy! Well done to Sam.