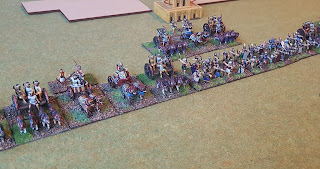 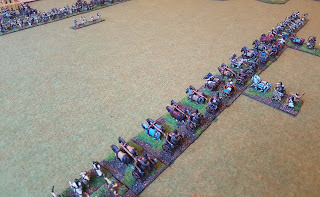 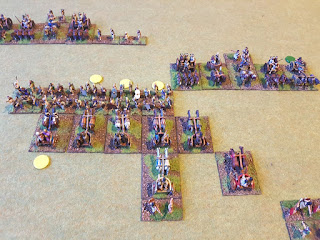 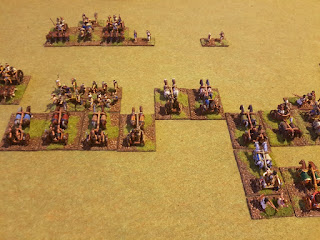 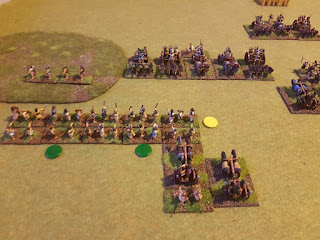 A quick and deadly game with everything light armoured mediums (3 hits each) or lights (2 hits), and lots of dangerous shooting.  The Elamite archers exposed themselves by advancing too far forward of their line, and without their flanks supports were run down by the elite Babylonian chariots.  This early disadvantage led to the battle of archery and melee attrition tipping towards the Babylonians, and the Elamite counterattack was unable to swing the tide! Keen to try a couple more 'ancient' Ancient armies soon.
at 18:49