Here's some walkers from the Dark Realm Miniatures Andrayada range. Andrayada are a robotic faction, an AI escaped from servitude to its human creators - Cylon or Terminator style.

I painted these up for the recent Epicomp 2013 at Tatical Command. They also come with a powerfist option for the left arm, but I decided to go with double shooting weapons on these ones. Nice models and I intend to get more of this range. 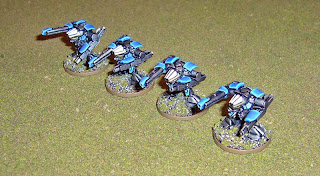 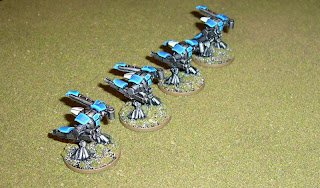 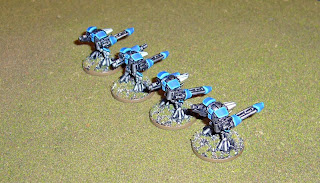 For reference, here's a size comparison between a Mantagen,  an Imperial Knight and a Warhound Titan. The Mantagen is on a thinner base than the Knight so looks shorter than it would be if they were on the same height bases. 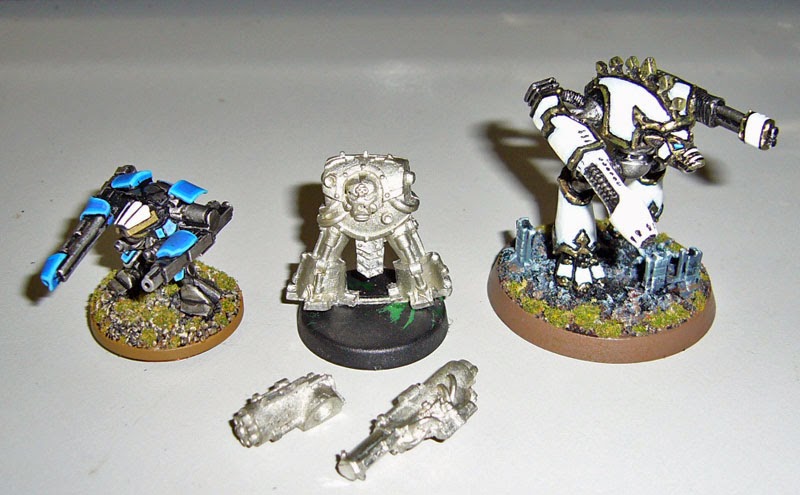 And just for completeness, below is the relative size of the Andryada units, The Mantagen is third from right in the centre line of walkers. To it's right are another two bulky walkers Voran and Vorace. If you wanted to do a unique sort of knight army with figures that have a similar feel but perhaps a little smaller, then you could probably do it using these walkers, and also the Mantragen (second from left in middle line of walkers). The Malignant (shortest big walker on right) could be a Warhound, Mordent (next tallest big walker on left) a Reaver, and Majestic in the centre a Warlord Titan. 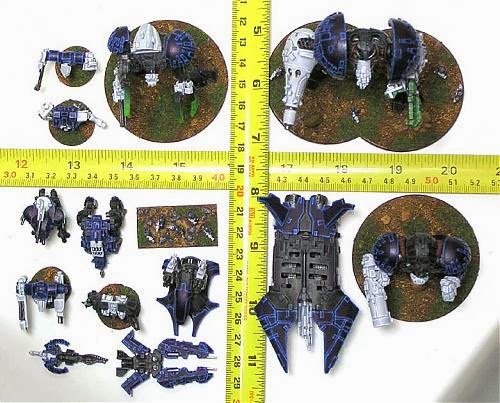