A horde of zombie families from the Edenite range by Exodus Wars. I'm intending to use them as plague zombies for the Epic Armageddon Lost and the Damned list, or anything else that needs zombies for that matter. I say "zombie families" because children zombies are included in the packs... well it makes sense in a zombie apocalypse right?!

Epic is a major hobby of mine, and my Epic40K site started to run out of space so I will be continuing the epic madness on this blog. Epic is no longer made by Games Workshop, but it's kept alive by various fan communities (see links on the right). More importantly many new 6mm Sci-Fi companies and rulesets have sprung up over the past few years so the scale looks to be entering a new golden era. With 6mm scale infantry, the vehicles end up being about the same size as a standard 28mm scale infantry figure, with the largest Sci-Fi behemoths being about the size of your hand. This means you can paint and fight huge battles in a manageable sort of way, still having attractive larger models to lavish paint jobs on, with hordes of easier to paint infantry and smaller vehicles swarming around them! 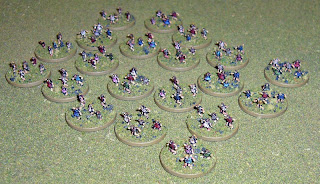 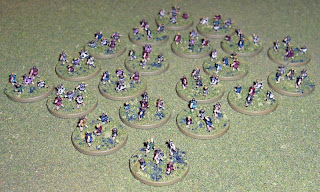 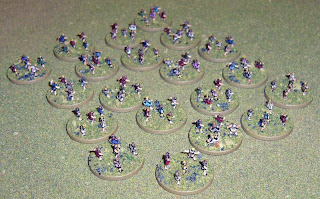