It's been some months since I've played a game of Epic Armageddon, so I decided to give Nurgle's Death Guard a spin (or slimy shuffle), against Tim's Fir Iolarion Eldar Titan Legion. I used the excellent Army Forge website to make my list - you can check out the NetEA section here to see the Death Guard and Fir Iolarion army lists. For those not in the know, NetEA = Net Epic Armageddon player developed rules and lists as discussed on the Tactical Command forums.

My Death Guard force can be seen in the photo below, and consisted of:

I didn't have plague marines painted up, so I used just normal green marines as Chaos marines, and the Chaos marines as the Plague marines (yes I know it should probably have been the other way around). I had just painted up all the Nurgle Daemon engines and Plague Zombies so was pretty keen to use them in this battle! 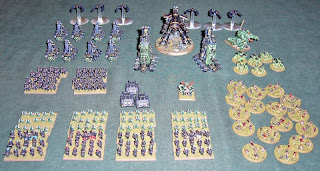 Tim's Eldar are in the photo below, and consisted of: 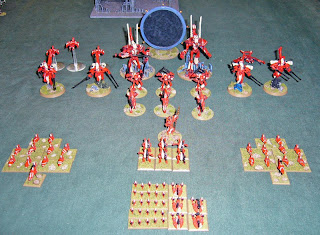 The photo below shows Turn 1 deployments, my Contagion Engines behind cover, and Plague Towers driving forward hugging some cover. One shoots and kills a jetbike in the distance. 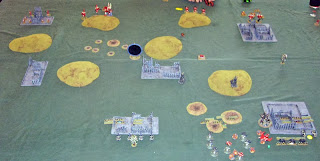 The Eldar airforce swoops down and my Helltalon Interceptors intercept. One Helltalon and one Nightwing are destroyed, the Eldar Vampire Hunter Bomber takes a point of damage but gets its payload off and destroys two Contagion Engines.

The Warlock doubles out of the Gate of Vaul, and blasts a Plague Tower, hurting but not killing it. 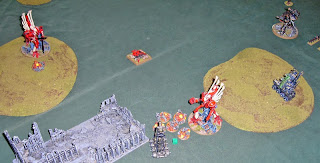 End of Turn 1, bothy sides have committed themselves in the centre. Both Plague Towers are heavily damaged and broken, but are about to rally. 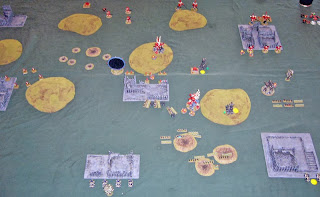 Terminators teleport beside the most advanced Plague Tower in the centre of the field, and behind the Towering Destroyer Eldar Knights in the ruins on the right. A circle of 9 Plague Zombies arrives and surrounds the Warlock Titan in the centre, and the Eldar Avatar teleports nearby also. 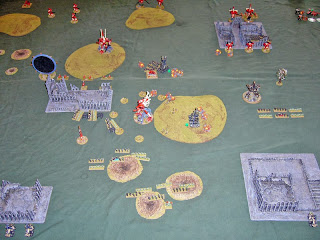 Eldar win the initiative. The Phantom moves into the ruins out of charge range of the Terminators, and fires and destroys the first Plague Tower. The Warlock sustains fire and practically destroys a retinue in front of it. The Avatar then charges into combat engaging the Plague Zombies and another retinue, destroying the Plague Zombies and almost destroying the retinue too due to the aid of support fire from the Eldar Titans. 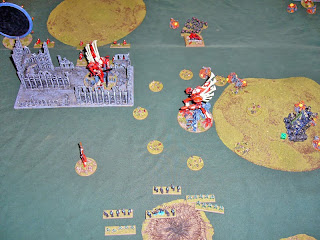 Terminators summon the Great Unclean One and 4 Plague Bearers, and charge the Eldar Revenant Titans and Jetbikes. The Jetbikes are destroyed, the Revenants suffer 1 damage and flee, and I lose one Plague Bearer.

The other revenants fire ineffectively at the other Terminator formation and I charge the Towering Destroyers, wiping them out for the loss of two marines. Bit of a mistake here as I intended to use the marines as fire support for the Titan which did the engage action - but I had got too close and the Towering Destroyers engaged my infantry. Oh well it worked anyway! 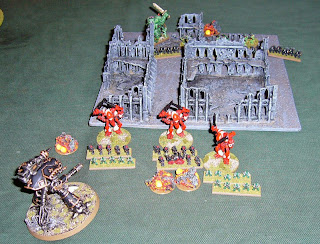 Some other minor activations happen, and then my other Terminators take a kicking in a firefight against the Eldar Guardians and Bright Stallions (the Revenants in the picture are those that had already fled from the Great Unclean one so are broken and don't help their buddies out). 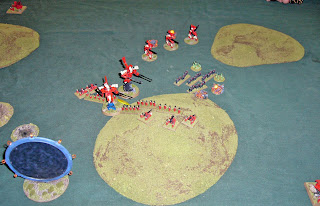 End of Turn 2, Chaos is looking a thin on the ground, having lost both Plague Towers and two retinues, but I've also wiped out 3 Eldar formations this turn. 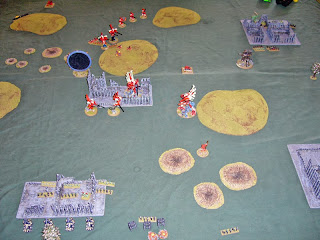 Things get brutal as all the Eldar macro and Titan Killer Weapons open up, killing my Titan and finishing off another retinue. I'm still in the game but only just. I charge my Great Unclean One and Terminators towards the Bright Stallions and Eldar Blitz objective. My remaining Contagion Engines finish off a Revenant and break the formation. 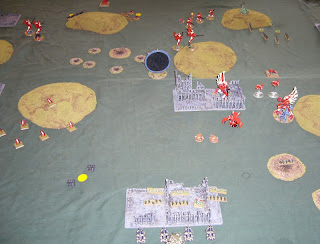 My Terminators and Daemons engage and destroy the Bright Stallions, and my Contagion Engines break the Eldar Guardians. Too late though as the Eldar Titans blast away all my formations on their side of the table with Pulsars and a D-cannon. 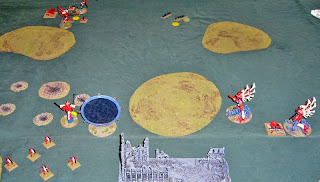 Eldar win 3-0 with Defend the Flag, They Shall Not Pass and Break Their Spirit objectives. Eldar most valued players, Phantom and Warlock!  My expensive armoured units really suffered at the hands of the Eldar who had 6 Titans and 3 Knights with armour wrecking guns. Of course I also made quite a few mistakes, including a list that could have been better. Anyway fun times and well done to Tim (again!). 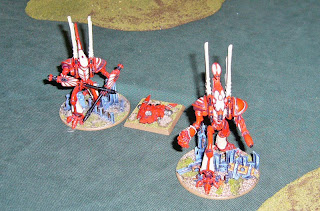 Here's the Eldar I managed to knock out of the fight, all the knights and a few other bits and pieces. 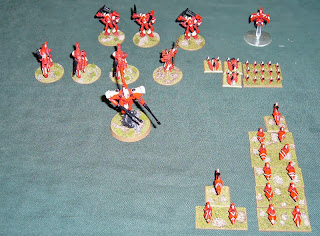 And my own casualites - considerably more! 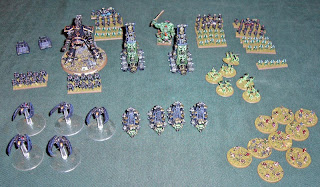