For WRG's "Hordes of the Things" rules,  or Warhammer Fantasy Battle, here's a "Napoleonic" Warhammer Empire Volley Gun. Basically this is an overcharged organ gun. Used as Artillery in HOTT. Crew figures are from the "infantry drafted to help with artillery" pack from Perry Miniatures, and the artillery officer (to be used as an Engineer in Warhammer) is from the Perry extra artillery crew pack.  Aside from all the fantasy stuff, Napoleonics is also a big interest of mine and focus of my Chasseur blog. 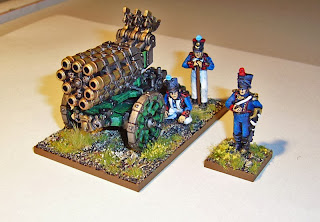 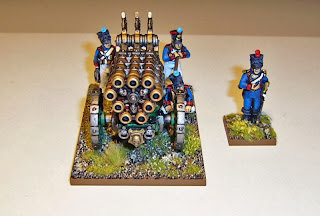 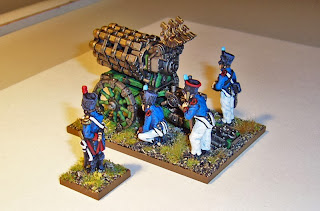 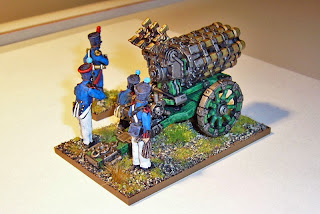